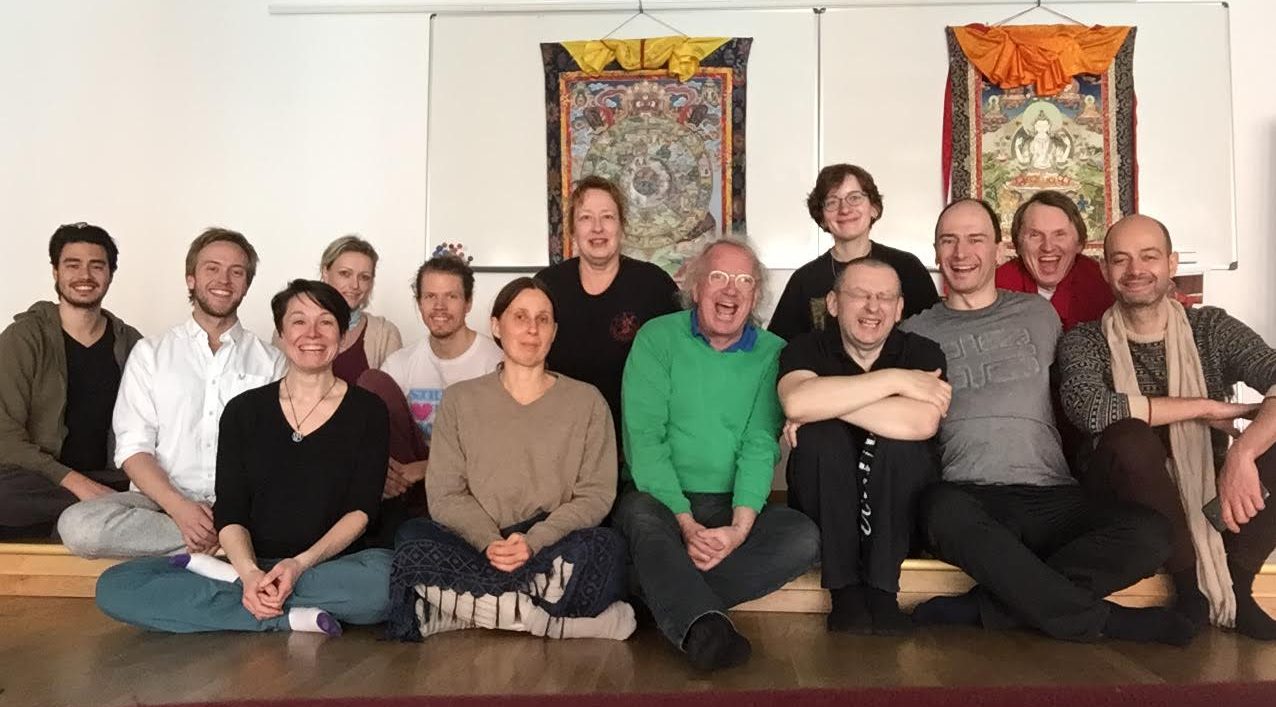 We had the wonderful pleasure of having 2nd level Yantra Yoga Instructor Maaja Zelmin and Santi Maha Sangha Instructor Oliver Leick here for a wonderful retreat from March 23 – 26, 2017 in Malmö, in the south of Sweden.

During the retreat Maaja Zelmin repeated the five tsigjongs and eight lungsangs and taught us the 1st level of Yantras. We are lucky to have Maaja here teaching Yantra Yoga for the 4th time. We are already looking forward to see her again in the beginning of October this year for a new retreat of Yantra Yoga.

Oliver Leick gave an introduction to Dzogchen to the general public on Thursday evening and then continued to give further detailed explanations during Friday, Saturday and Sunday, to those with transmission from Rinpoche. This was the first time ever an introduction to Dzogchen connected to Chögyal Namkhai Norbu was made here officially in the south of Sweden, so it was a very precious opportunity for many. We were a group of about fifteen persons who attended the retreat, some new and some older practitioners. Maaja and Oliver taught for a few hours each during the days so all people could attend all hours offered at the retreat. They both attended each other´s classes which made it nice for everyone having an extra instructor available for further advanced explanations when necessary.

We look forward to many further retreats and thank both Maaja and Oliver for their generous sharing of time and knowledge.

With much love and light, the Gakyil of south of Sweden.