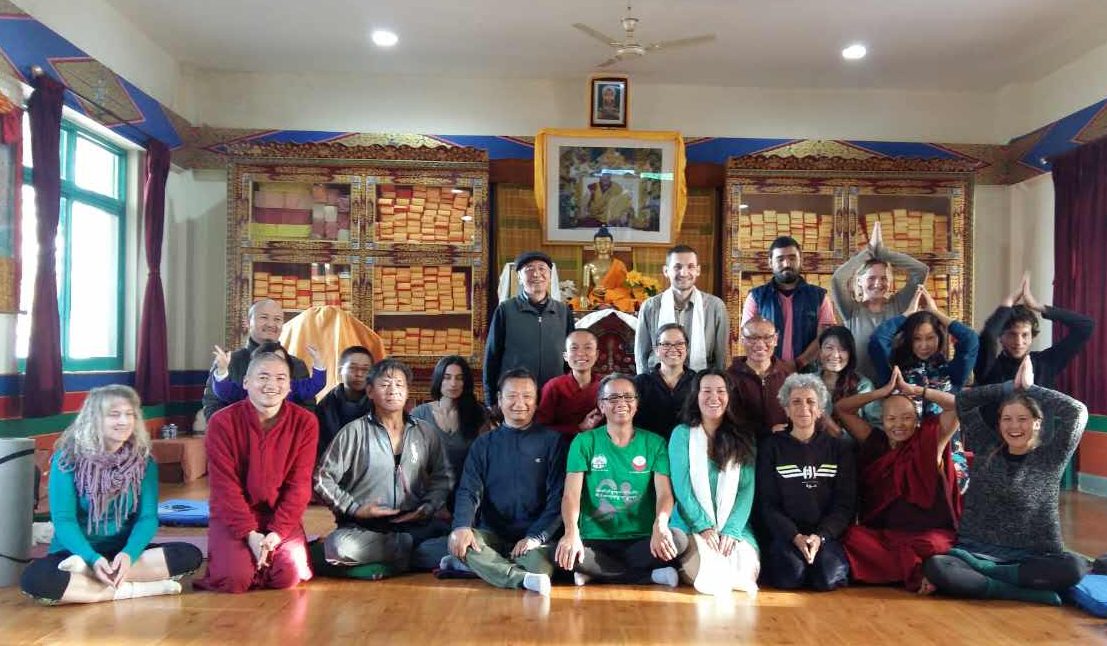 This was an open Yantra Yoga course held in Library of Tibetan Works and Archives, Dharamsala from November 7-18, 2016. Thanks to the support of LTWA’s members Dr. Chok Tenzin Monlam and Director Geshe Lhakdor we were able to organize an open course with more than 30 registered participants (more than 10 of them were Tibetans from Dharamsala). The course was held over two weeks in the Buddhist philosophy classroom of LTWA.

The Library of Tibetan Works and Archives was founded by Tenzin Gyatso, the 14th Dalai Lama in 1970. It was also good to have the course there because of the connection between this place and Rinpoche and his teachings coming from the past, such as  ‘Journey Among the Tibetan Nomads’, ‘The Necklace of gZi: A Cultural History of Tibet’ and ‘Drung, Deu and Bon’ on the early history of Tibet that were published at LTWA in 1990’s. As we know Rinpoche also gave an open talk there in 1978.

There were quite a few tibetans attending the course including teachers from the Library and several monks. Everyone was happy and many people were really looking forward for a long time to receive and practice Yantra Yoga and expressed their gratitude for being able to learn this practice system all thanks to our Rinpoche. 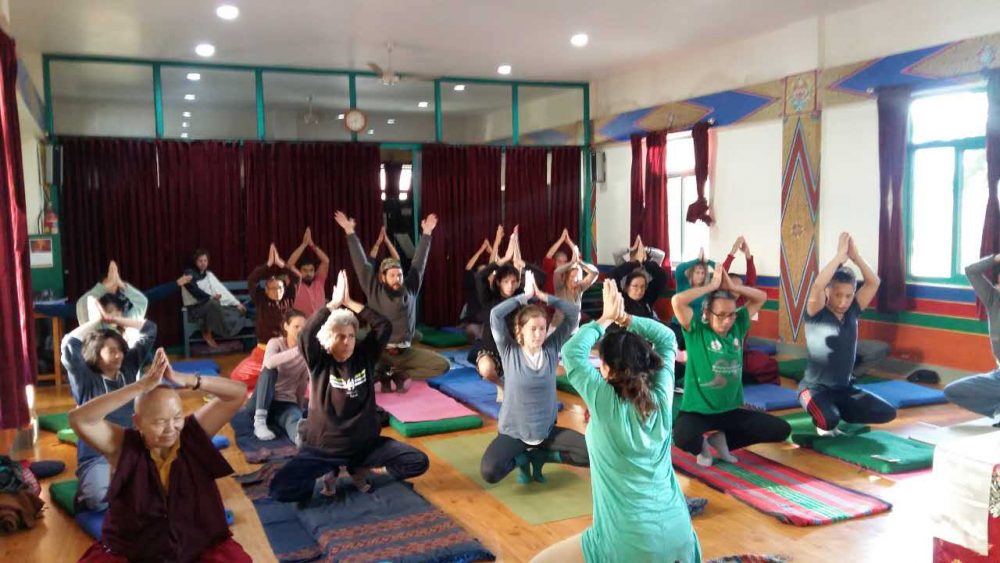 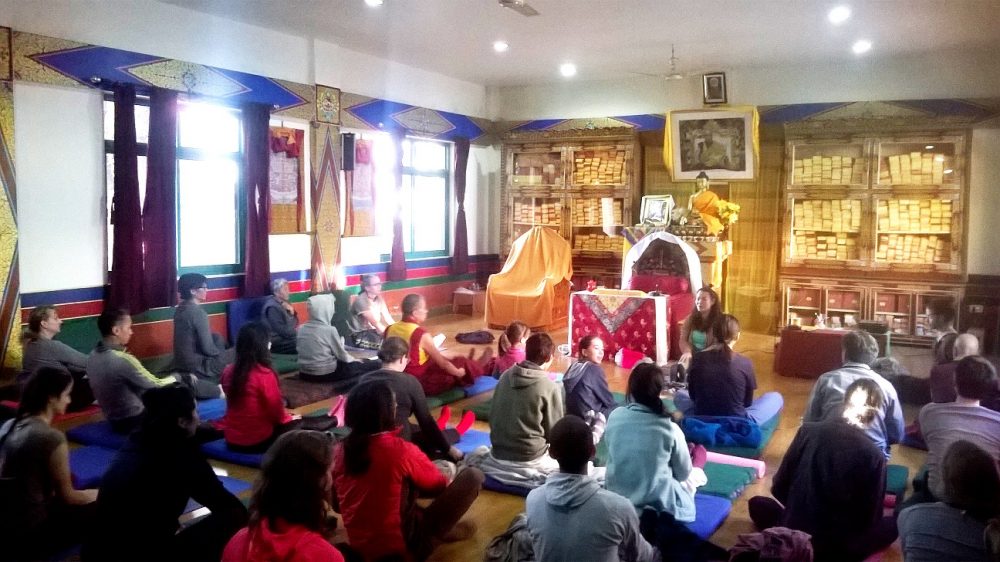