In February 2018 Magda Ourecka visited Kraków and Łódź to give three courses of Yantra Yoga.

Shortly after the previous course in November 2017 the community members from both cities decided to invite Magda again for repetitions and follow up. 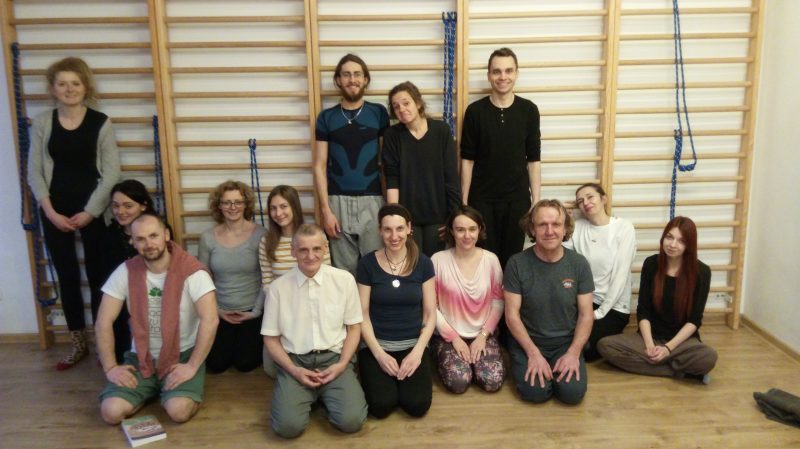 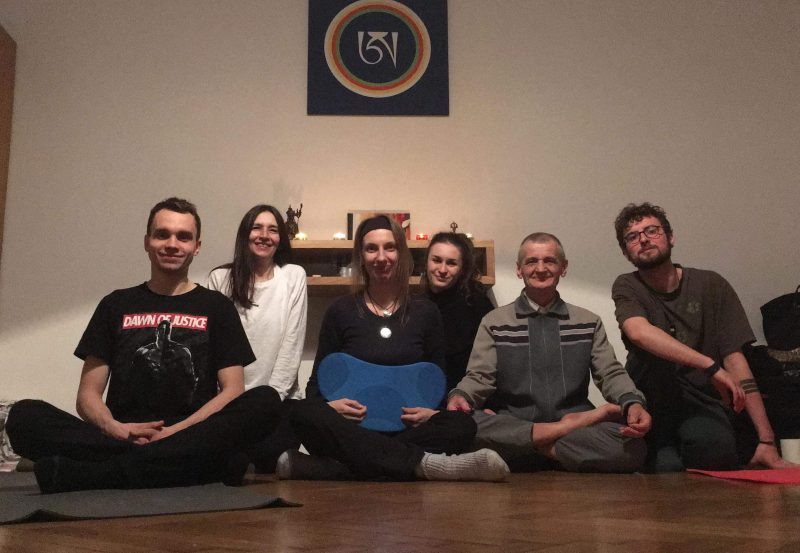 In Kraków there were two courses: one open course on preliminary series and one internal course devoted to introduction of pranayamas. The open course was attended by 15 students, most of whom made first contact with Yantra. Many of them became interested in the activities of Chögyal Namkhai Norbu and some have already stared practicing Yantra Yoga weekly. The course on Pranayamas was not that numerous as it was limited to IDC members and also took place on working days. This helped to focus more in depth on various aspects of the practice.

The open course in Łódź took place in a small and cosy yoga studio with a nice atmosphere, located in Piotrkowska – the main street of the city. The programme was beginner level but it was intense as it also covered Tsan Dul and the Vajra Wave.

Participants to basic courses can follow regular group practices led by community members in Warsaw, Kraków and Łódź. Hypotheticaly when travelling through Poland on a working day evening you have a 60% possibility to be there during the time for Yantra Yoga.

For schedules and more information visit the links below or write to blue@dzogchen.pl