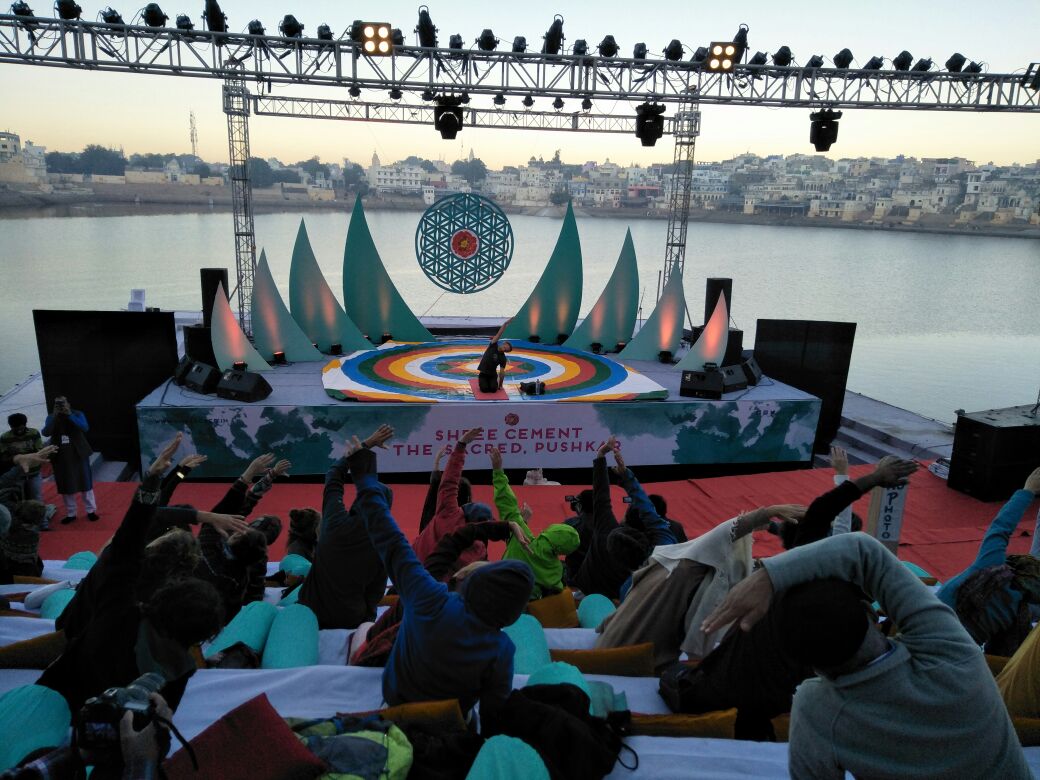 This year was the third in a sequence that the “The Sacred” Pushkar, a festival of Sacred Music, Yoga and Meditation,  organized at the sacred lake of yogis in Pushkar, Rajastan. In previous years, such prominent teachers were invited like Ken Chokden Rinpoche who was teaching about meditation on mindfulness, love and compassion. Za Choeje Rinpoche about Tibetan Heart Yoga practice and Geshe Dorje Damdulla about Meditation on Generating Bodhicitta. This time the originators wrote to Rinpoche to send an instructor to demonstrate Yantra Yoga and Vajra Dance. At the end, Zoltan Cser from Hungary went to the festival where on a beautiful stage was leading a one and half hour Yantra Yoga session for local and foreign participants, many of them were yoga teachers from different traditions. After Yantra Yoga there was a demonstration of Vajra Dance with five volunteers dancing together three rounds of the Vajra Dance That Liberates Beings. The organizers were very satisfied. decided to invite someone from Dzogchen Community next time,and  also the participants were surprised at how wonderful practices are that we can learn from Rinpoche. Thank you, Master! 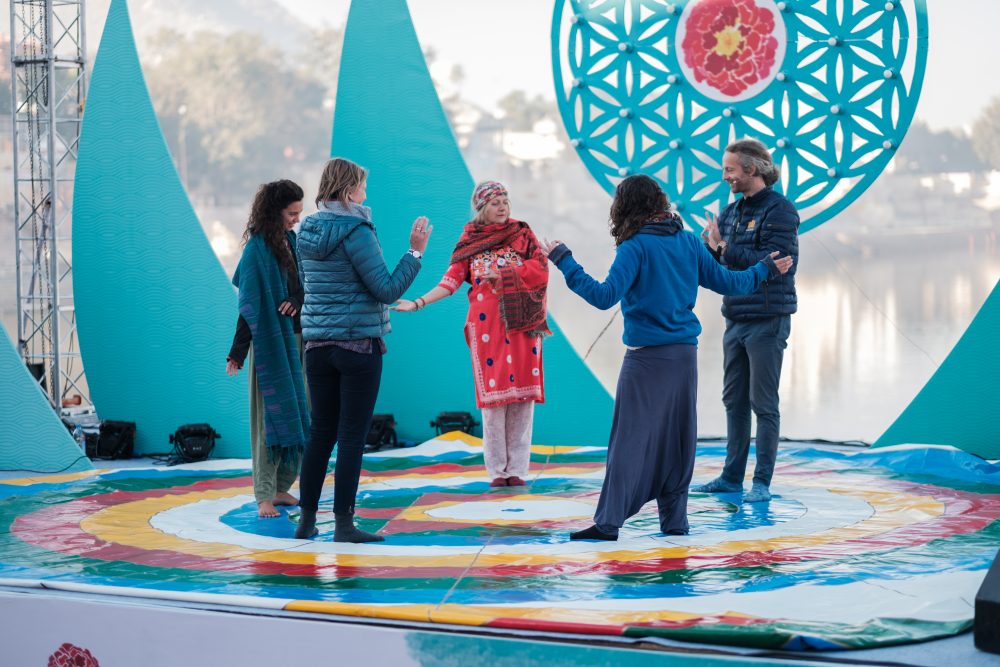 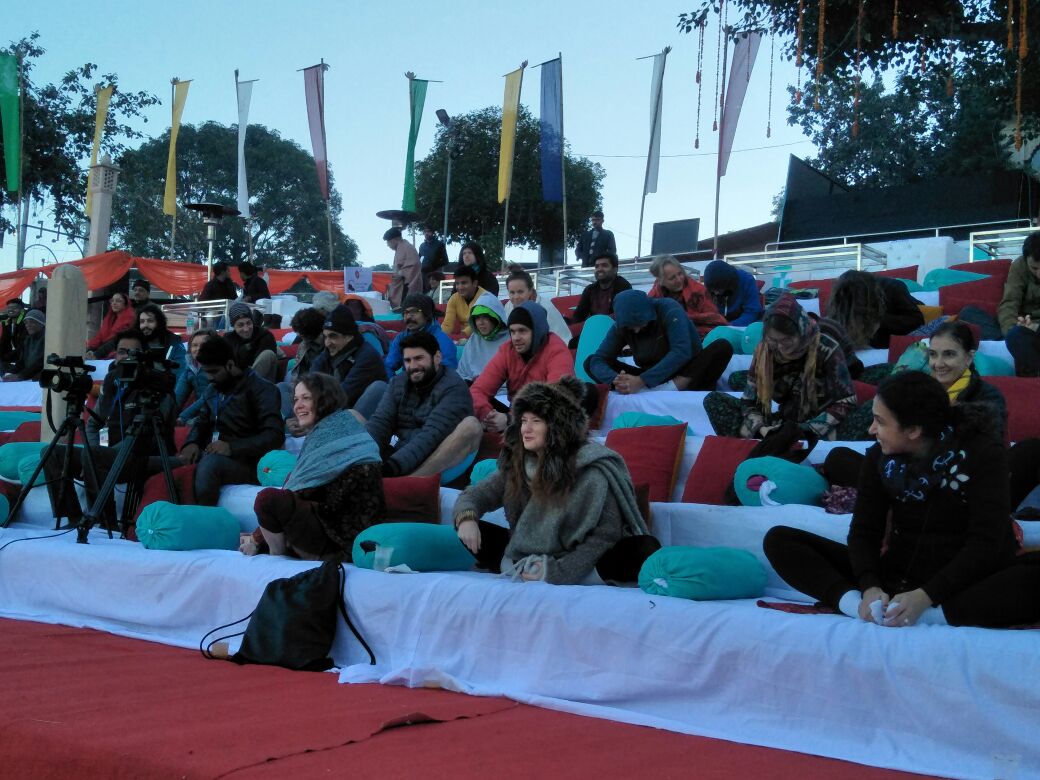 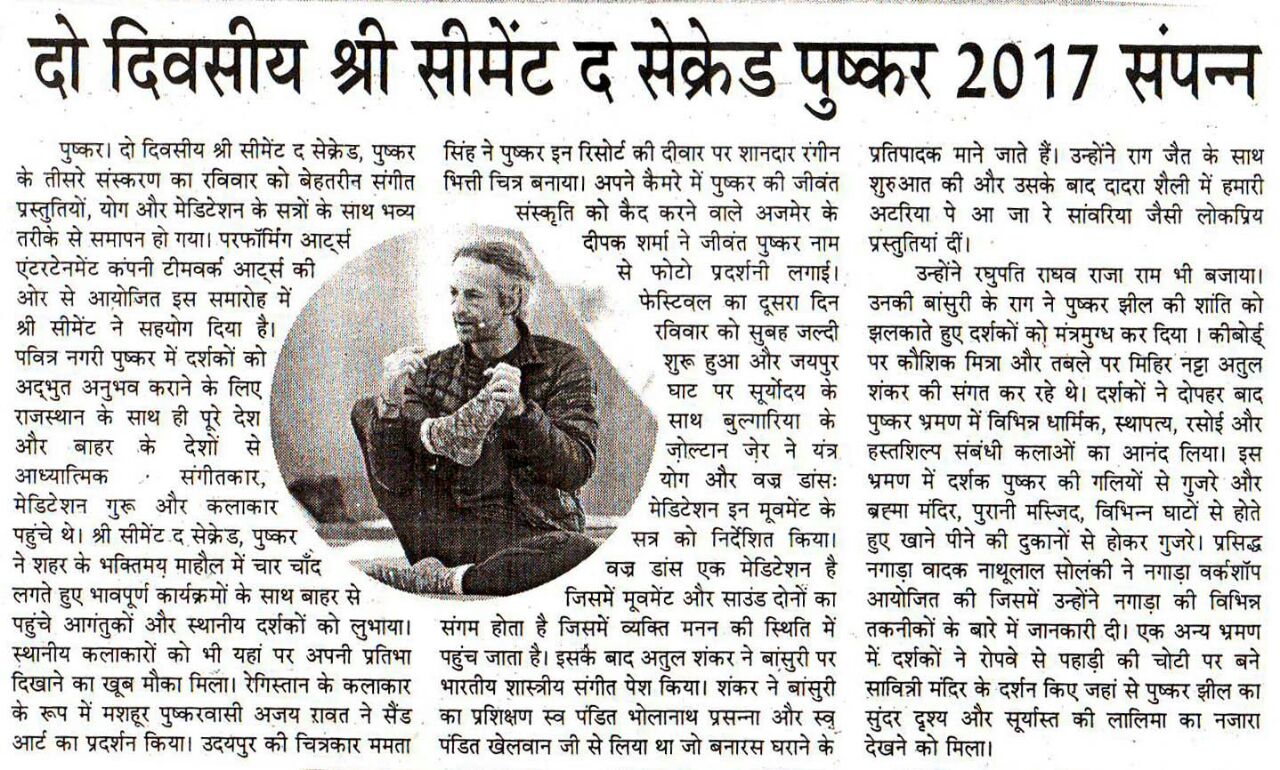