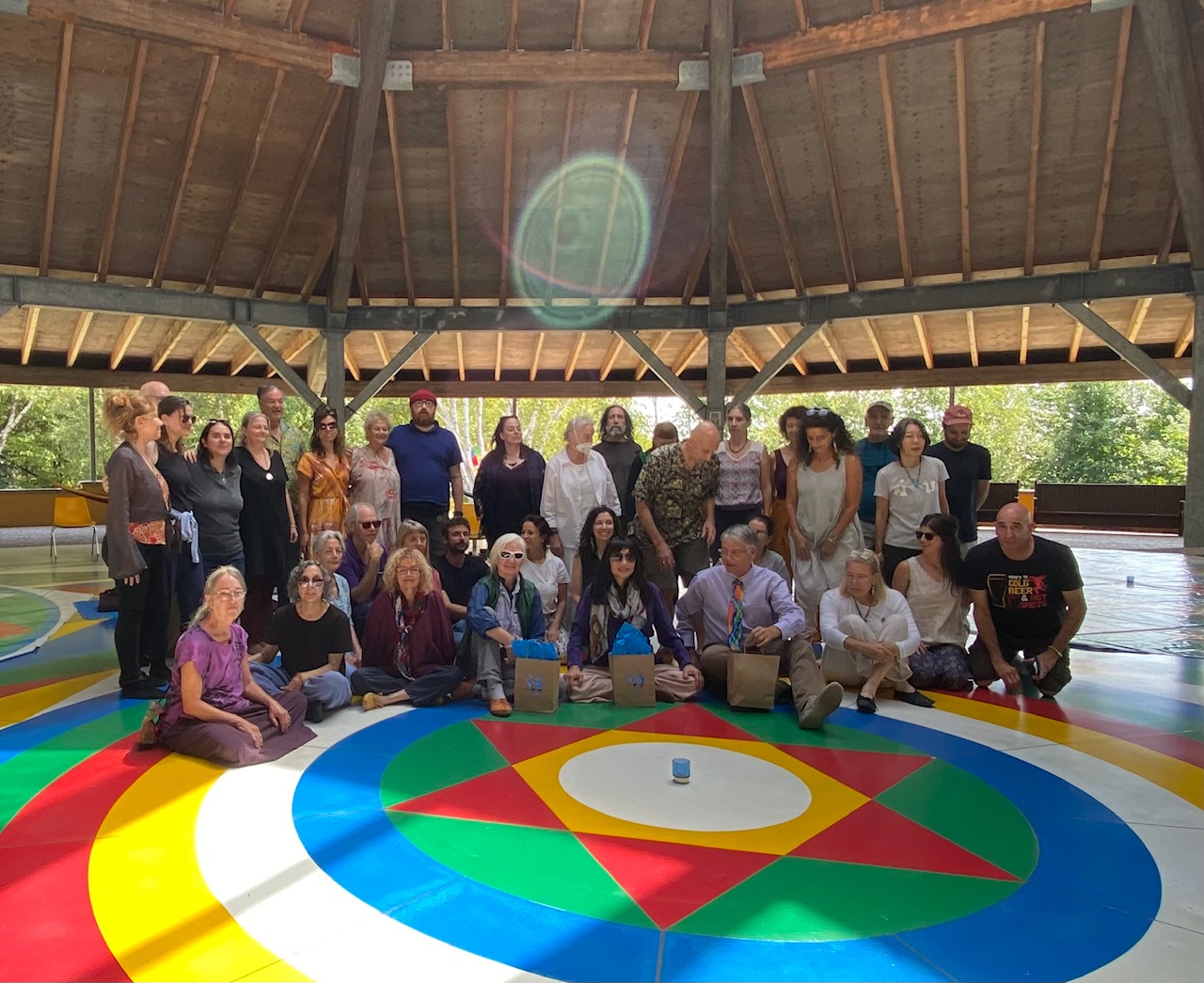 Having been away for three years, my longing to dance on the Universal Mandala once again was growing day by day.

Khandroling (where Dakinis live) has a magical powerful energy. Rinpoche used to say “You can realize in 6 days at Khandroling what might take six months in other places.”  He continued to say, “Everyone should come here as a pilgrimage since this is the starting point of Vajra Dance and a special place that is deeply connected to the Longsal teaching. We should build a Community house here where pilgrims can stay.”

When Rinpoche came to Khandroling, he carved the Longsal symbol on the white birch (Rinpoche said white birch is the sign of Dakini) next to a distinct large rock with visible seam lines, as if something is sealed inside.

As I arrived this year, the pond was clear and the summer breezes were caressing the gentle waves. The trees have grown taller, and the stupa appeared to be renewed, surrounded by a new garden with blossoming flowers. Looking up at the Vajra Hall, the majestic Longsal symbol was soaring high in the sky. There is no place like Khandroling on this planet! 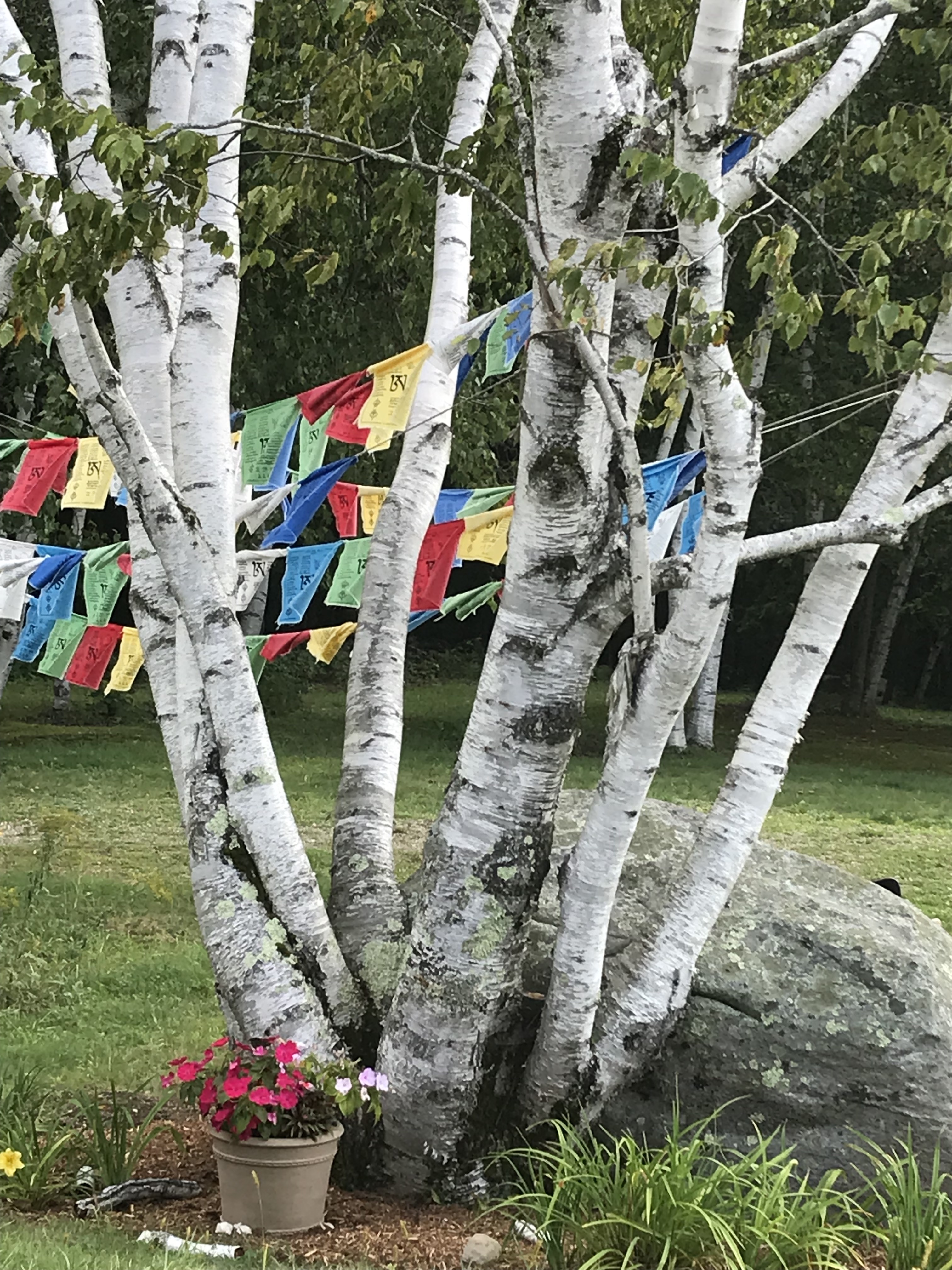 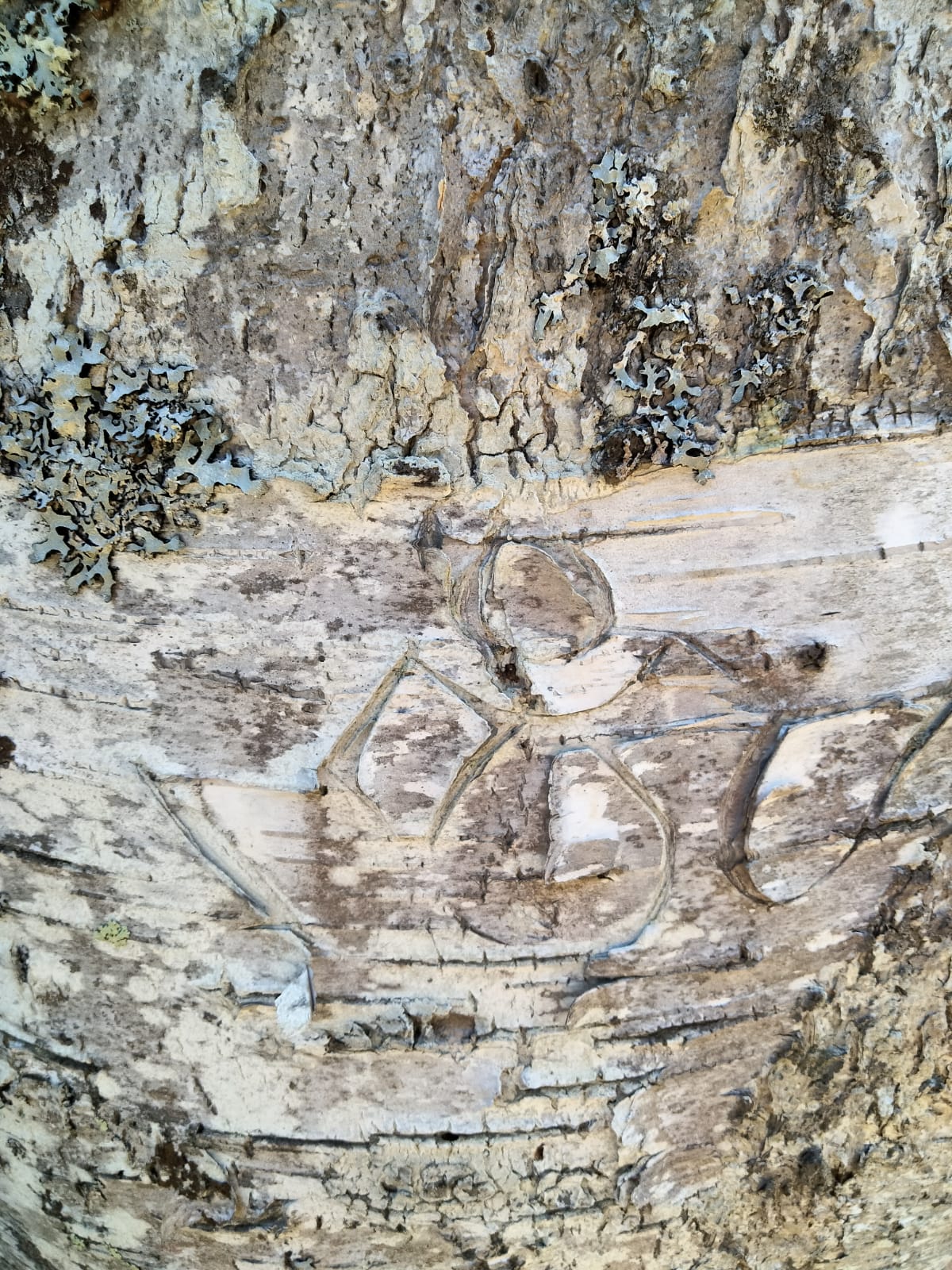 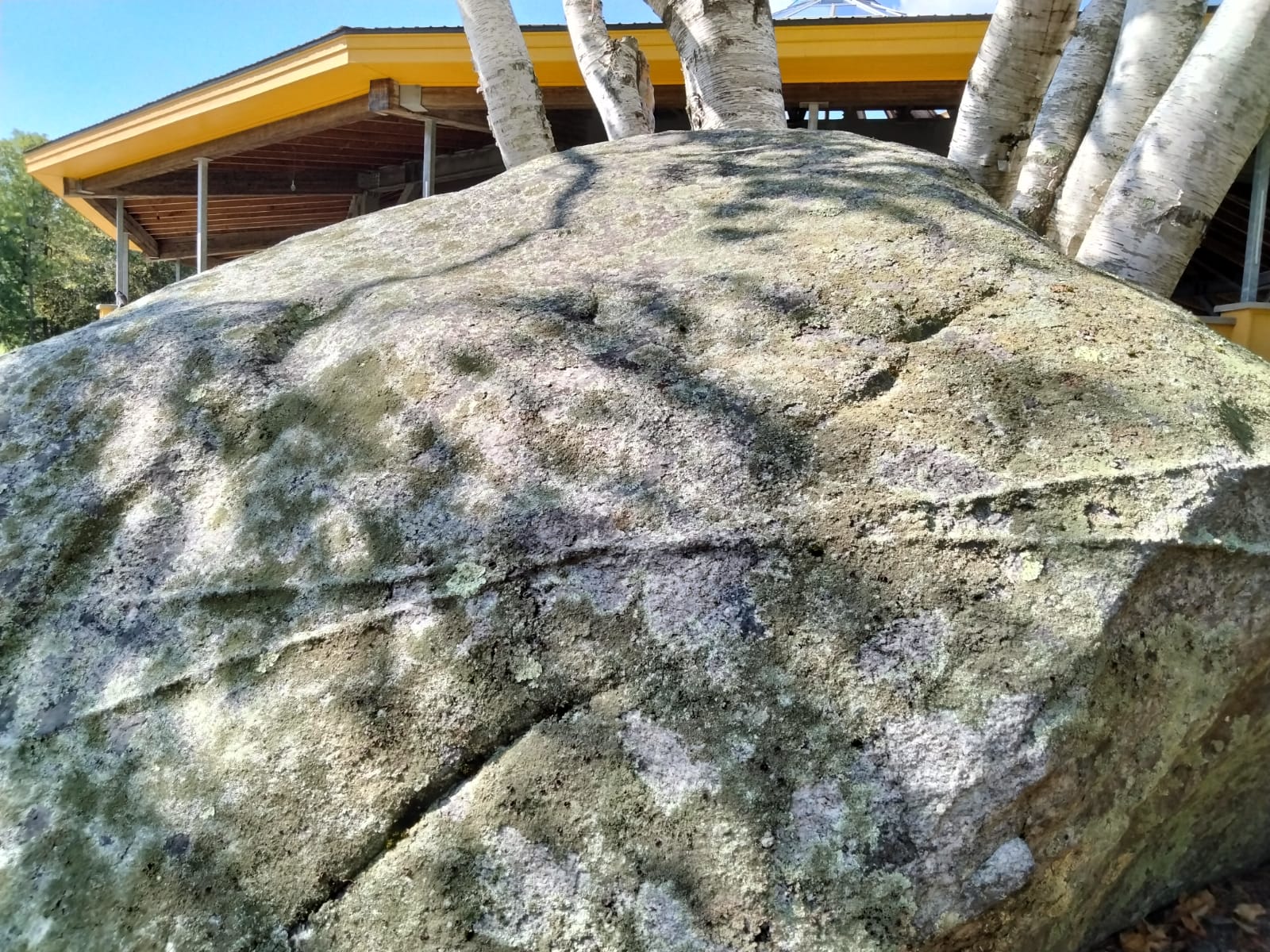 We included sitting practices like Guruyoga of the White A, Goma Devi, and Mandarava. Chöd practice happened every evening. We dedicated Shitro to Stoffelina, her sister, Jannie, and others. The fire puja that was taught by Rinpoche in 1984 in Conway MA, was performed at the Guardian cabin, thus purifying, increasing, and strengthening our energy, while pacifying negative influence. I have not heard of Rinpoche teaching this practice anywhere else.

All the Vajra Dances were reviewed.
All Vajra Dance Wheels, – Small, Medium, and Large – were turned completely!!!
Dance Dance Dance 2022 ended with a beautiful Mandarava Ganapuja with the Dance of Song of Vajra.

The event was smooth and blissful. Everyone helped harmoniously, with lots of laughter and lightness.

Thank you, Rinpoche for discovering this special land and uniting us as a family!!!