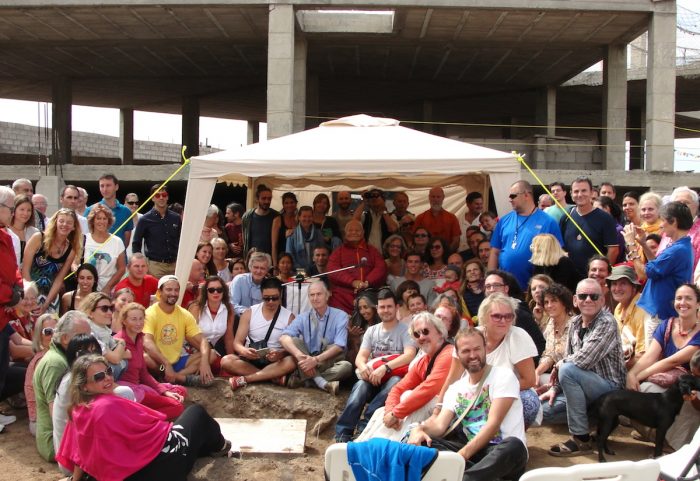 On May 19th at 11:00am Tenerife time, Chögyal Namkhai Norbu performed the Vase Burial Ceremony at the new Gönpa at Dzamling Gar, the Global Gar in Tenerife, along with a Fire Puja, Sang and Serkyem practice.

The morning started cloudy, but warm and without wind. Seats for over 100 people were brought up to the centre of the Gonpa site the night before, and more were needed. The hole was ready, with fill and concrete lid nearby – a temporary Sangkhang was burning brightly and fragrant smoke filled the air. 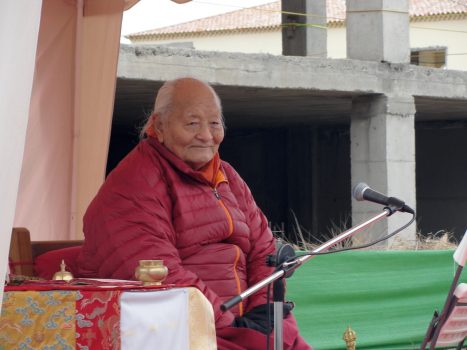 Chögyal Namkhai Norbu sat happy and relaxed until the appointed moment for the practices of Sang and Serkyem, followed by a short rite of consecration of the vase. As we all sang the Song of the Vajra, the clouds parted and the sun shone down. 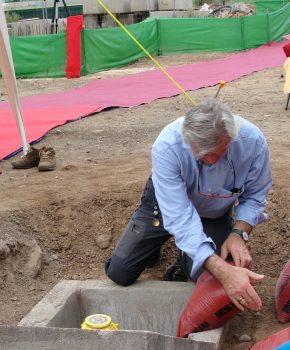 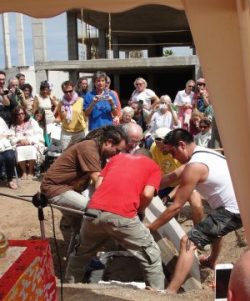 Afterwards in the Gonpa, architect Benedetta Tagliabue and project manager Giovanni Boni gave an update on the plans for the Gonpa and its facilities. The plans are prepared, permissions granted, and work can start very soon, with a completion date aimed for 2017. Rinpoche is very happy! 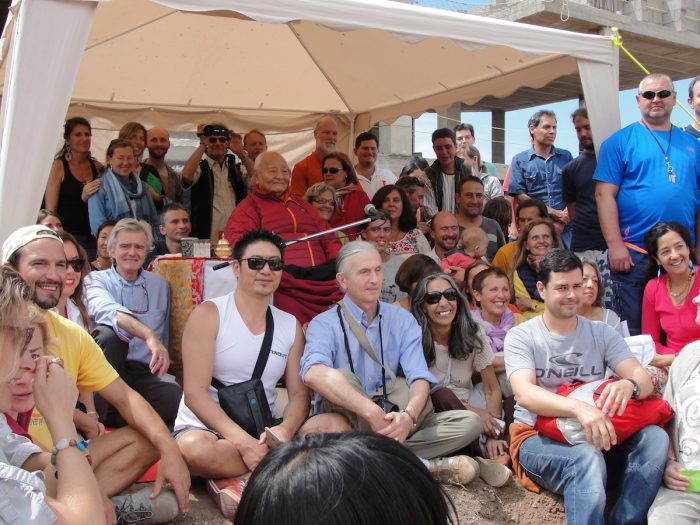