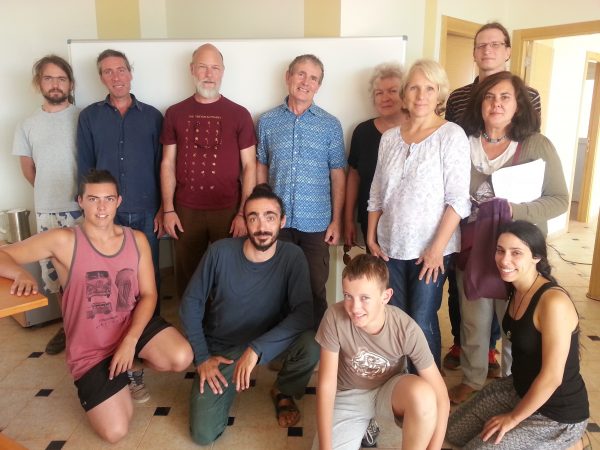 For the first time, a Tibetan Language course was held in Dzamling Gar last week – around 18 students took part, ranging in age from 11 to 67, and with 13 nationalities represented, covering most of the globe, from Argentina, Australia, Japan and Russia as well as several countries in east and west Europe. At least 5 were also Khaita instructors, very positive for being able to pronounce well, and explain the meaning of the songs!

This was also the first course held in the Shang Shung Foundation house, a wonderful space for the purpose. Meeting Dr Fabian Sanders and studying with him for the first time was a great pleasure – the course is for beginners, but covers a huge amount of ground in the few days available, from the alphabet to syllables and many grammatical applications – with all examples from Dharma texts, we knew already many words from Rinpoche’s teaching and practices and so could feel on familiar territory. It meant we were not only ‘gaka gana’ reciting primary school children, but progressed over the 7 days into being students! a tour de force of empowering teaching! 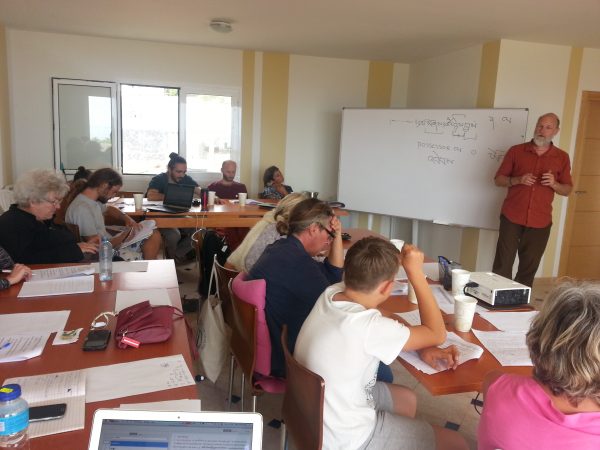 I look forward to being able to build on this foundation over time, not only in further face to face courses, but also with the online classes and materials available from SSF websites.

The value of this course in becoming able to understand and pronounce better the practices we use and the songs we sing cannot be overstated, not to mention the prospect of even becoming able to read and understand at least something of the original texts on which Rinpoche gives us teaching! Even for the younger ones among us, the possibility of going on to become translators. Fantastic!

Many thanks to Fabian and to the course organisers for creating this opportunity, may it be the first of many!