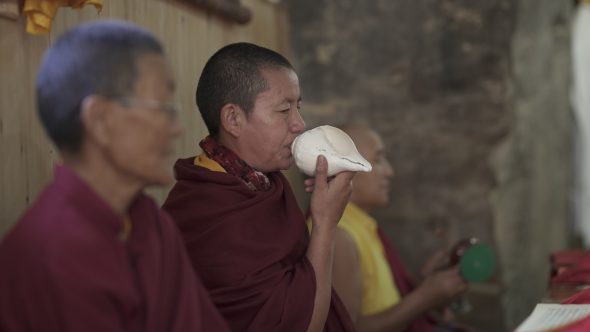 It has already been a year since the Chinese government forced us to leave Tibet, after having worked for over thirty years for children and monks with long distance sponsorships and with projects supporting schools and monasteries, for nomadic shepherds and for the people of the villages with many other projects onsite. Despite our great disappointment and concern, we have continued to support the exiled Tibetan refugee communities in India and Nepal as best we could.

We firmly believe that now more than ever it is vitally important to safeguard the cultural and spiritual heritage of Tibet, which has always been at the heart of ASIA’s mission. It is like a hidden treasure: it safeguards precious visions, values and principles, which can be an inspiration for humanity in order to get through the geopolitical situation, the climate and environmental crisis, as well as the deep inner distress we are experiencing.

This is why we have launched the Hidden Treasures campaign this year to support the custodians of Tibet’s spiritual heritage, the nuns of Guru Padmasambhava’s hermitage in India, who protect an invisible heritage of highly evolved knowledge, recently confirmed by Western science, about the nature of the mind and the universe. These are evolved systems for training the mind and emotions, spiritual practices for the benefit of all sentient beings, in a non-dualistic vision that is based on the assumption of the uniqueness and interdependence of all living beings.

Following the Chinese occupation of Tibet, many monks and nuns were forced to flee to India and Nepal in order to continue their spiritual journey. The nuns of the Padmasambhava hermitage arrived in Tso Pema, in the Indian state of Himachal Pradesh, following a long and dangerous journey on foot through the Himalayas to reach this sacred place and their teacher, Lama Wangdor. They are Dolma, Tsewang, Bumchung and 35 other nuns who have settled in a hermitage made up of small shacks built around the mountain, in which they dedicate themselves to the study of the Dharma, meditation and the recitation of mantras.

Lama Wangdor, originally from Kham (Eastern Tibet), was one of the few survivors of the destruction of Dzigar Monastery, during the period of the cultural revolution, located in the county of Dege. After fleeing to India, in 1985 he re-founded the Monastery, from the Drukpa Kagyud tradition, near the Padmasambhava Cave. 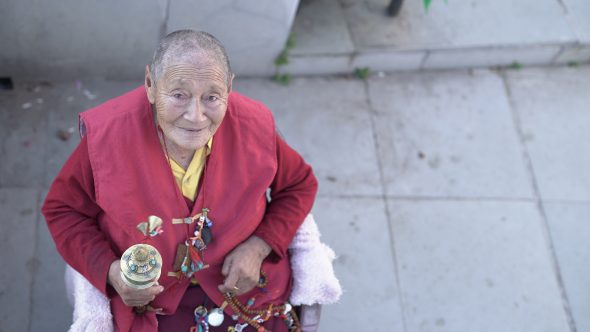 Since 2019, the year in which Lama Wangdor died, the living conditions of the nuns have become much harsher. Their only source of livelihood is the offerings they receive from pilgrims visiting the Sacred Cave and the proceeds from the sale of butter lamps. They have no running water, only electricity, and they collect rainwater for washing and cooking, while for drinking water they have to bring it up from the villages at the foot of the hill.

If you would like to protect this hidden treasure and offer concrete support to Dolma, Tsewang, Bumchung and the nuns and monks of the monasteries we support in the Himalayan countries, you can participate in the Hidden Treasures campaign by choosing the method that best suits you:

In order for Tibet’s treasure of knowledge and spirituality to survive and continue to develop, it is urgent to support its silent guardians, who practice day after day for the good and awakening of all sentient beings.