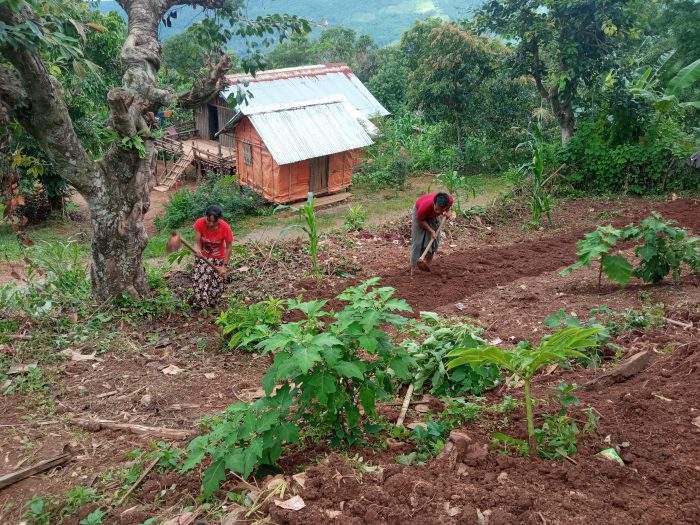 Preparing the seedbed for the vegetable seeds.

Despite the difficulties due to the political situation in the country, which has been in the hands of a military junta since the coup in February 2022, at the beginning of this year ASIA started a new project in Myanmar, You need a village to make a vegetable garden, funded by the Autonomous Province of Bolzano. The project has been activated in ten villages in the district of Mindat (a township in Southern Chin State) which have the highest rates of poverty and malnutrition in the country. The inhabitants of the villages are from the Cho minority, which occupies the marginal lands and lives in conditions of great poverty.

The aim of the project is to improve nutrition conditions and decrease the poverty rate in Chin State by 3% by promoting organic and sustainable agricultural practices and diversifying agricultural production, with particular attention to businesses run by women. 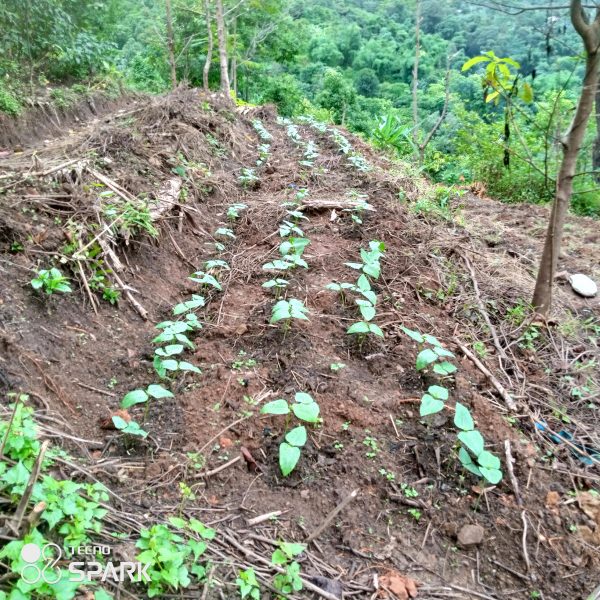 The long beans are growing well.

In order to do this, a network of vegetable gardens will be created, managed by families of farmers assisted by the project agronomists and good quality seeds and cuttings will be distributed. The goal is to integrate the “knowledge and flavors” of the farming tradition with agronomic techniques, rather than introducing foreign eating habits (therefore new dependencies). The project aims to enhance the environment and the resources it offers, to ensure environmental sustainability and the production of healthy food for personal, family and community consumption.

A farmer’s leader was selected from each village and then the seven leaders participated in a training on the “Fundamentals of preparing and managing an ecological garden” in order to train 226 selected farmers in turn. During the training they set up family gardens where five different crops were planted: two types of okra (or combo), chilli peppers, eggplant, and beans.

ASIA’s goal is to strengthen the social fabric of the Cho community, to ensure that this most vulnerable segment of the population has a constant source of fresh food with the best nutritional qualities and to launch a “pilot” model that can also be duplicated in other communities in the area.

Follow ASIA on social networks to find out all the updates on the project!