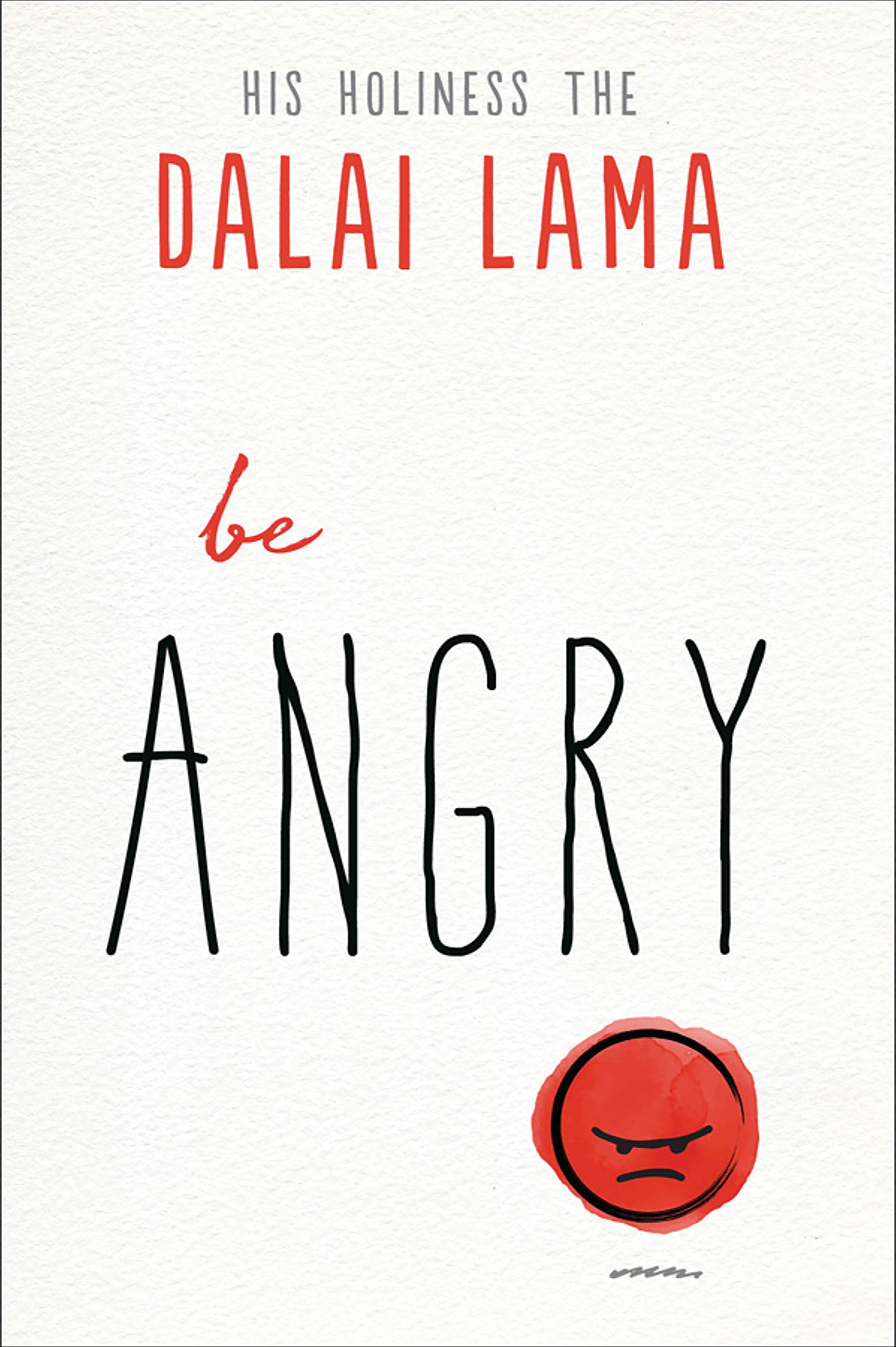 BE ANGRY is a pocket size manual of accessible and terse instructions, perspectives and affirmations easily referenced as we navigate the tsunami of injustice and imbalance we face.

The topic of anger is clearly central to today’s times. Despite the pandemonium and tragedies in the world which have occupied me, I decided to read this, the only book I’ve been able to read cover-to- cover, because of its value to social transformation right now.

Judging a book by its cover is never an advisable practice and this book’s title may instantly repel the western educated Buddhist or Buddhism enthusiast. Many “fundamentalist” Buddhist communities reject identifying with anger. Their rejection is a toxic, vigilant cocktail of self-criticism and righteous judgement of other people’s anger.

What His Holiness is serving up is that this attitude of denying justifiable anger is not only a waste of energy and time, but it leads to self-loathing in individuals and within communities. It causes hostility toward self and reinforces the destructive conditioning that severs us from the real world.

BE ANGRY, edited from a conversation with the Dalai Lama and cultural anthropologist, Noriyuki Ueda, qualifies and gently repudiates the conditioned anger that many people dangerously repress, and that psychotherapy is said to “liberate.” This anger, which BE ANGRY examines, is not the ego infused anger that we are taught is one of the three “afflictive emotions” or “poisons” seen in the sutras and tantras. It is not the destructive anger that Thich Nhat Hanh references in his book, “ANGER.”

The anger referred to in this book is invigorating and empowering when expressed as a pro-active and pure response to transgressions like the exploitation of fellow sentient beings and our environment.

The title relates to the emotions and energy coursing through our physical being, altruistically felt through our interface with all other beings and the environment.

We can use anger empathetically to bring positive change in the world. To suppress that is to suppress our basic, vibrant interdependency and sublime interconnection with life and the universe.

His Holiness’s emphasizes that altruistic anger is life affirming and a potent force in evolutionary change when its energy is directed toward solving society’s problems.

H.H. encourages us to discriminate between three types of anger. The first is a compassionate, protective anger of a mother warning her child. The second is the ‘moral compass’ anger arising in response to social injustice and environmental exploitation. The third is the reactive and toxic anger.

He encourages the unrelenting pursuit of justice and the sustaining of this ‘moral compass anger’ until justice and balance are reached. Consequently, the object of our anger is not toxically directed toward

individuals, but rather, proactively toward circumstances which we know to be out of balance, amoral, unethical and unjustifiable.

The abuse of humanity and environment, so prevalent now, is what makes this book especially timely and relevant.

As a Buddhist student for over 35 years and teacher of meditation from the Nyingmapa, Dzogchen, tradition (of HH Dudjom Rinpoche), I’ve understood rituals as placeholders which neutralize the confusion and obstacles that typically interfere with our clear perception of reality and the direct experience of interconnection.

The effectiveness of a ritual depends on the practitioners’ capacity to conduct the ritual and immerse in it while remaining cognitive of both its power to effect outer transformation and its temporal nature or impermanence as a path or method. My own perspective is: Ritual creates a holding space, the placeholder to purify our obstacles so as to experience reality and interconnectivity directly. Ritual, in and of itself, is not the goal or the purpose of practice or the tradition.

In the context of “ritual,” the appearance of the word “should” in BE ANGRY might also be analyzed. His Holiness’s apparent use of “should” could easily be understood as saying, “We should be angry about these conditions,” a kind of Puritanical SHOULD. But to perform anger AS IF commanded by the Dalai Lama would be to mechanize anger, turning it into a meaningless and dangerous ritual. That would fetishize anger, making it a performative exercise disconnected from the more deeply motivated empathetic anger which I sense is the Dalai Lama’s intent.

Is the Dalai Lama telling us in BE ANGRY, when he is again emphasizing that Buddhism should be seen as a science of the mind, that to obsess on ‘My’ anger is to be addicted to self-concept, to ritualize/cherish self and be driven by reactive anger? And therefore, that to be attached to “Our Anger” – a morally enraged and informed anger, is to inhabit the collective universal “I” and to live responsibly in reality through social engagement?

My answer is YES, and now more than ever, BE ANGRY. Leave the cushion and get busy – together.

John DiLeva Halpern, artist and filmmaker of REFUGE and TALKING WITH THE DALAI LAMA, WAKING BUDDHA LIVE and Co-founder of INSTITUTE FOR CULTURAL ACTVISM INTERNATIONAL