“John and I were married for 46 years, and in that time we mainly lived in Canterbury, Kent where we brought up our family, until 2003, when we moved to the Welsh Borders. In 2013 we moved over to Cambridge to be nearer the children and grandchildren.

John was a seeker of truth all his life. He trained as a TM teacher in the early 1970’s, studied for a Theology degree at London University, and particularly studied Buddhist teachings. In the 1990’s, I believe, he showed me a copy of Namkhai Norbu’s The Self Perfected State, and began to follow his teachings.

In September of 2011 he and our son Michael attended the London weekend of Namkhai Norbu’s Dzogchen Atiyoga Teachings, which he found inspiring. He continued to read and follow all Namkhai Norbu’s publications, and together we joined one of the transmissions.

He did practices from the Short Tun every morning in his beloved shed in the garden, wherever that garden happened to be.” 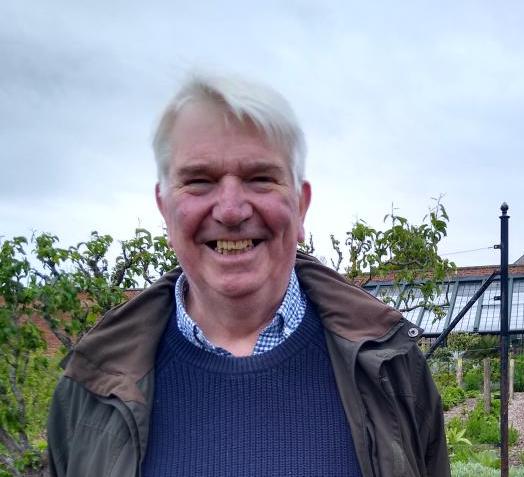