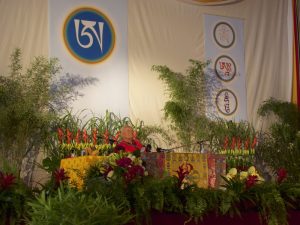 It was the year 2002, 14 years ago, when Chögyal Namkhai Norbu came to Prague for the first time. I did not know anything about Dzogchen then, but I received the direct transmission and my life started to change from its deepest roots.

It was the beginning of the year 2016, when Rinpoche finally agreed to come to the Czech (and also the Slovak) Republic. When we finally learned the date of the retreat, huge emotions started to spread around the Czech community. It was really like a dream. People were screaming, on-line forums were full of emotions and I thought that something would soon explode. Fortunately we all managed our emotions, the project team was quickly established and the long journey of retreat preparation started. 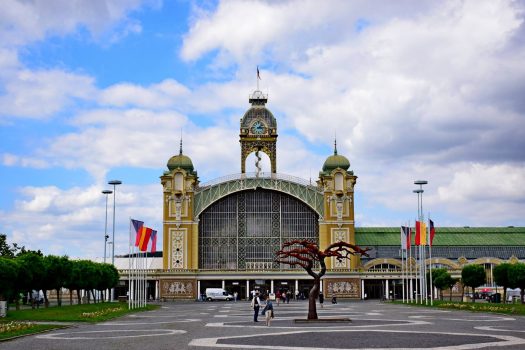 The retreat venue in Prague. Photo by Iulian Lucian Maidanuc

So how did we manage to prepare what some people have called the biggest and best-organized retreat ever?

We started to meet every Wednesday evening. I thought we should follow the principles of the teaching and so we started with mind level preparation – to create a common shared vision of what we wanted to achieve, what our most important priorities were, and what the structure of our task was. We started to use mind-mapping tools to visualize what we needed to do and who was responsible for which part of our tasks. Blue, Red, and Yellow structures of our project started to emerge with responsible “managers” together with project management and problem solution functions.

First we started to learn as many best practices as we could find from within the Community. We received a lot of help from Merigar West (thank you Nikol), from the Polish Community (they organized a very successful retreat a year ago) and also from the Dzamling Gar gakyil. Our mind-map started to become more and more realistic with every meeting. Also we arranged a very professional, two-day fundraising training for selected people from the local Community as we decided to use the generosity-based approach, so that anybody interested would be able to attend the teaching. It became one of the sources of our success as we managed to work with all levels of donors.

But soon deep divisions and some nasty discussions started. I was in shock, as I was not used to such behavior from my previous work experiences. Sometimes it was so tense that I offered my resignation several times as the project manager. Fortunately, other team members succeeded in changing my mind and I also realized that the teaching of Rinpoche has already happened to all of us, even while preparing the retreat. So we continued. 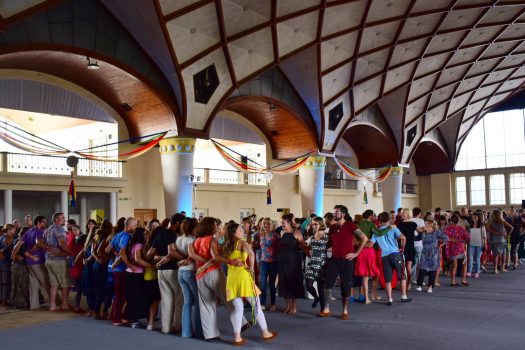 We did many wonderful things. We agreed with Czech national TV to broadcast the “My Reincarnation” film, so more than 50,000 people saw it. We arranged the new publication and successful distribution of all of Rinpoche’s public books so a lot of people were able to buy them and get the information that Rinpoche was coming. We made a very professional, but sensitive, marketing campaign so that all relevant people in the country with the potential to be interested in the Dzogchen Teaching received the information. We found a very beautiful venue in the heart of the city, big enough to host several thousand people. We also arranged a perfect presentation of our meditation centre, Phendeling, for Rinpoche.

I truly felt that all the guardians were helping us. We overcame all quarrels and miracles started to happen on a daily basis. We were working day and night, everybody spent all the time and energy that they could offer – and we did it. We all truly did our best as a team during the final preparation of the retreat. There were around 80 people helping us during the retreat with the organisation. 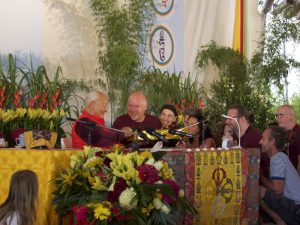 It was amazing. Around 2,300 people attended the retreat, we had no problems and no accidents, and Rinpoche seemed to be happy and enjoying himself. All references and comments were positive. What more can you ask for?

And so direct introduction to the state of knowledge happened in Prague.