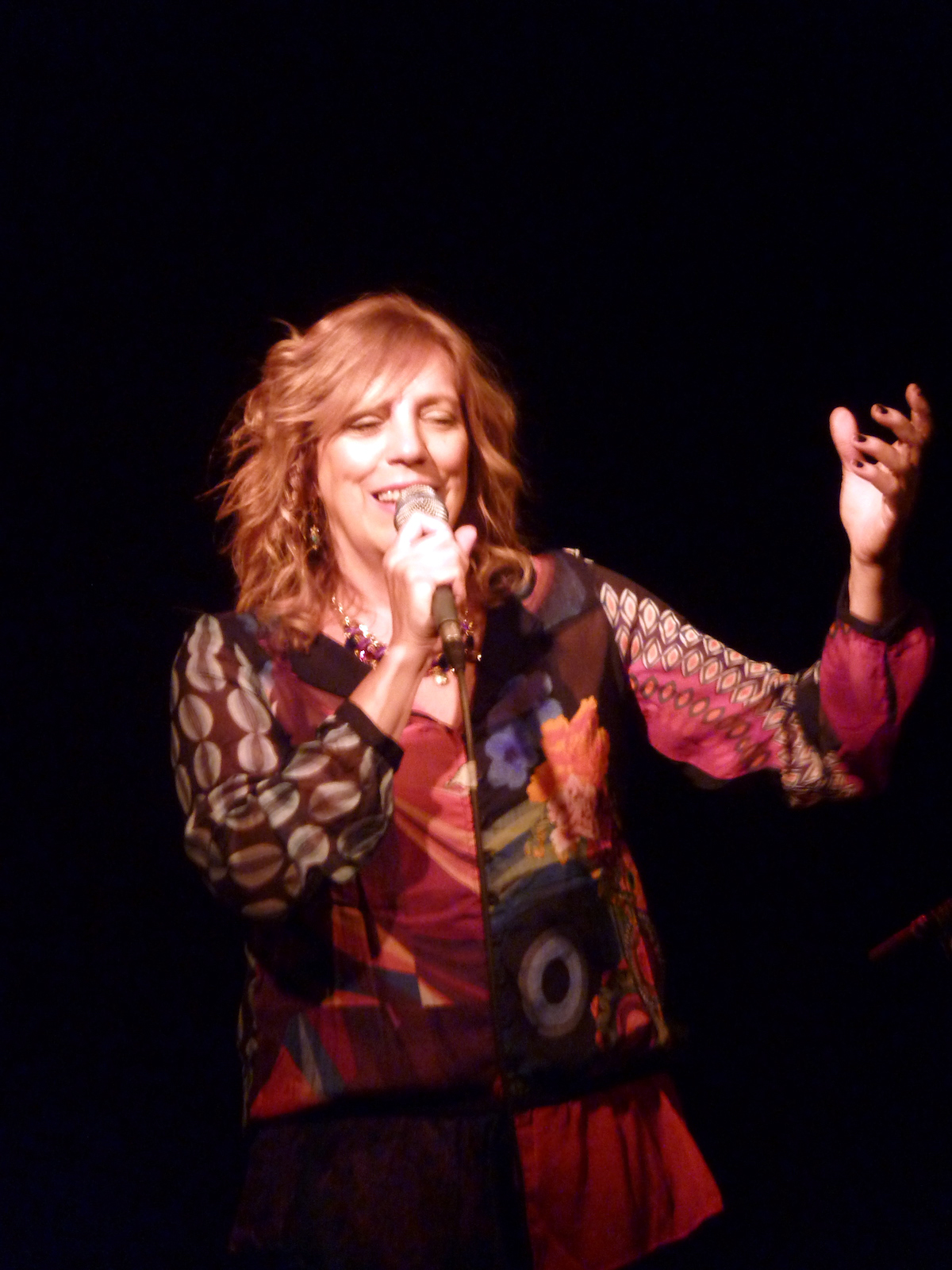 My name is Nélida (Neli) Saporiti and I live in Buenos Aires, Argentina. Music and singing are central parts of my life since my early childhood. In one of my first memories I remember my mother putting on my hands a caja, an indigenous musical instrument from Argentinian Northwestern provinces, where they use it to accompany songs in Quechua language first and later in Spanish in the form of coplas (four verses of eight syllables), that during our history have been used to express feelings of joy or grief. At that time, I also started to learn folk dances.

We used to sing with my mother, with my aunts, my uncles and friends who visited us sharing meals and music. My family followed the tradition of the ´payadores´, spontaneous improvisers of verses who are very skillful in establishing a “combat” of music and poetry on many different subjects.

Over the years, I realized that my mother had been a renown folk and tango singer. Together with her sister they formed a very famous duo. My mother dedicated herself to family life while my aunt continued as a soloist, and turned to be one of the most famous popular singers of Argentina. Their warm and powerful voices, when female singers were not very well seeing by society, and the way they had to express feelings left a deep mark in my soul.

During my childhood and adolescence, I studied piano and musical theory in the Conservatory of Music, without abandoning singing. I went to a catholic school and when I was eleven years old, my teacher- a young nun- discovered that I sang in tune and that I had a “good voice”. From then on, I started to be the lead voice in school ceremonies, as a type of intuitive choir conductor. From my years of catholic education, I remember the hours I spent in the solitude of the beautiful chapel, because they had told me that if I stayed there in silence, I would be able to listen to the voices of the angels. I must have heard something in my heart, because I believed that those were my first meditations. There, we also learned Gregorian Chant, while an old nun played the magnificent organ of the chapel. Later on, I continued singing in several vocal groups, including the Estudio Coral de Buenos Aires considered one the best vocal ensamble of Argentina.

After the long pause I took in order to complete my university studies on Psychology and to start my family, I resumed my musical activity. I did many concerts as a soloist in which I liked to sing a capella and put together several different composers from Monteverdi to Ravel, Schönberg, Ives or Cage, Gershwin, Piazzolla and some popular music. I sang in theaters, halls and Festivals together in my country and abroad. I alternated those concerts with my participation in a vocal group of jazz and soul, a rock band and the choir. 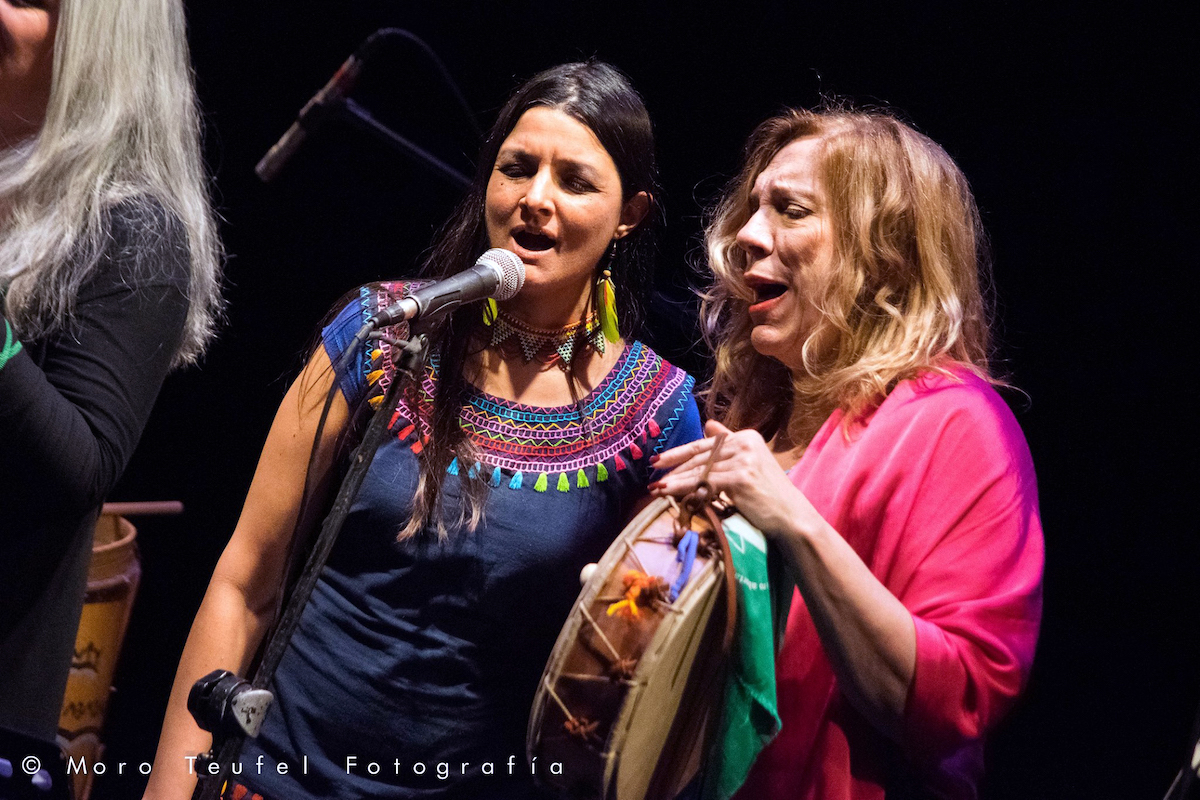 After some years, it was very difficult for me to continue with such diversity of genres, styles, schedules and obligations. During this intense period I felt overwhelmed and needed to find a center in the middle of the turmoil. I went to USA and followed the teachings of several teachers. I returned to Argentina feeling a little bit sad because I hadn’t found what I was looking for, but  was impossible for me to define.

Later, when I met Chögyal Namkhai Norbu during his first visit to my country, the impact of his teachings made a definite change in my life. My heart was beating fast, I felt tears running down my cheeks and, at the same time, I felt immense joy, as if I were arriving home after a long journey.

With Rinpoche, all my previous doubts dissolved. I remember that in those days we had several sessions of teachings during daytime, and we finished with the beautiful melodies of the Chöd practice at night. Slowly, my life started to become simpler, and I learned to live in a more relaxed way and to commit to the Dzogchen Community. I left the choir, the vocal soul group, the rock band and went to India and Nepal with some other practitioners for a retreat with our Master in Khatmandu. After that, I continued traveling through different places, and visited the Dalai Lama (who I had met in Argentina) at Dharamsala. The journey ended with me staying a long period at the monastery of Tashi Jong together with my daughter, who had arrived some weeks before with a group organized by Gerardo Abboud. That was my first retreat of practice, and I remember the chants of the monks coming from the monastery, with their drums shaking the air.

When I came back to Argentina, I felt pretty much confused. Something had opened inside me and I couldn’t find the way to channel it into my ordinary life again. During that time, I started experimenting with my voice and began to teach singing and extended voice technics. I taught privately, and at the University and in Theater schools. I participated in some concerts, but much less than before. So I spent several years doing so, alternating music and teaching with many trips with our Master, learning the  Vajra Dance and attending courses of teacher’s training. I felt immediately a great affinity with the Dance, that we learned directly from the Master during our first retreat in Tashigar South by the end of 1990. The integration of sound, movement and contemplation, sharing the mandala with other practitioners, made everything calm and radiant at the same time. 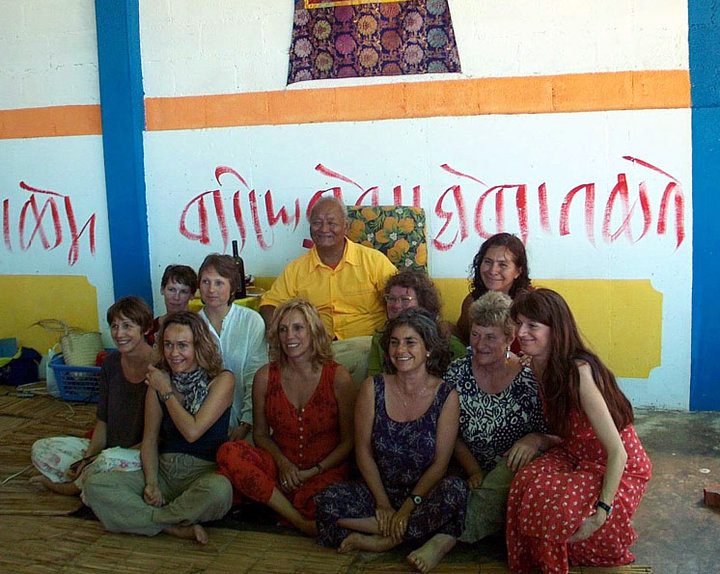 Later, some events changed again the direction of my artistic path. In one of my many trips I decided to attend a workshop in the Czech Republic with the singer Ida Kelarova. It was an intensive experience of Theater, Dance and gypsy songs organized in a small town. As we arrived late at night, and it was dark, I never knew where we had been. Those gypsy songs revived direct emotions that I had experienced before with the indigenous music and the coplas from my country. I returned home with a clear intention of recording a CD of popular Argentinian and Latin American music. Eventually, I recorded four CDs.

The most unexpected and important event though happened when the practitioner who used to be Rinpoche’s translator (from English into Spanish) in Tashigar South didn’t arrive on time. A replacement was needed, and I was chosen to occupy his place. I found the translation very natural and very musical. Rinpoche appreciated that his translators would not interfere his teachings with their own interpretations, and would be able to adjust to a rhythm, slower or faster, without interrupting the flow of the Teachings. It was like having to empty myself of any other thought, just letting the words come out. With time it became easier, and I could find more accurate words or expressions. Then, as I continued translating our Master’s teachings, I traveled with him to Chile, Peru, Tashigar North, Tsegyalgar West and México D.F. In those trips there were always many occasions to sing, and Rinpoche used to ask me to do so. I always kept those words in my heart, and sometimes, when I was singing, the consideration of inside and outside dissolved, and I felt that I was simply giving form to what was in the air. I also traveled a lot to teach courses as Instructor of the Vajra Dance. That was a very happy period of my life, and from those experiences I started to write lyrics and the words began to flow more or less fluently, as I started to change from interpreter to composer.

Then, another happy event happened when I met the man who was going to be my husband – Gerardo Gandini, a famous composer very well known for his knowledge and sensitivity, and his particular way of composing music. He worked with musical materials from the history of music, with methods and procedures belonging not only to Music composition but to Literature as well.  Being with him and listening to his lessons, I started to experiment with composition, working with materials of my own memory.  I started to write music for my lyrics and developed skills and procedures to shape what was coming out in my evocations, my intuitions or my dreams. 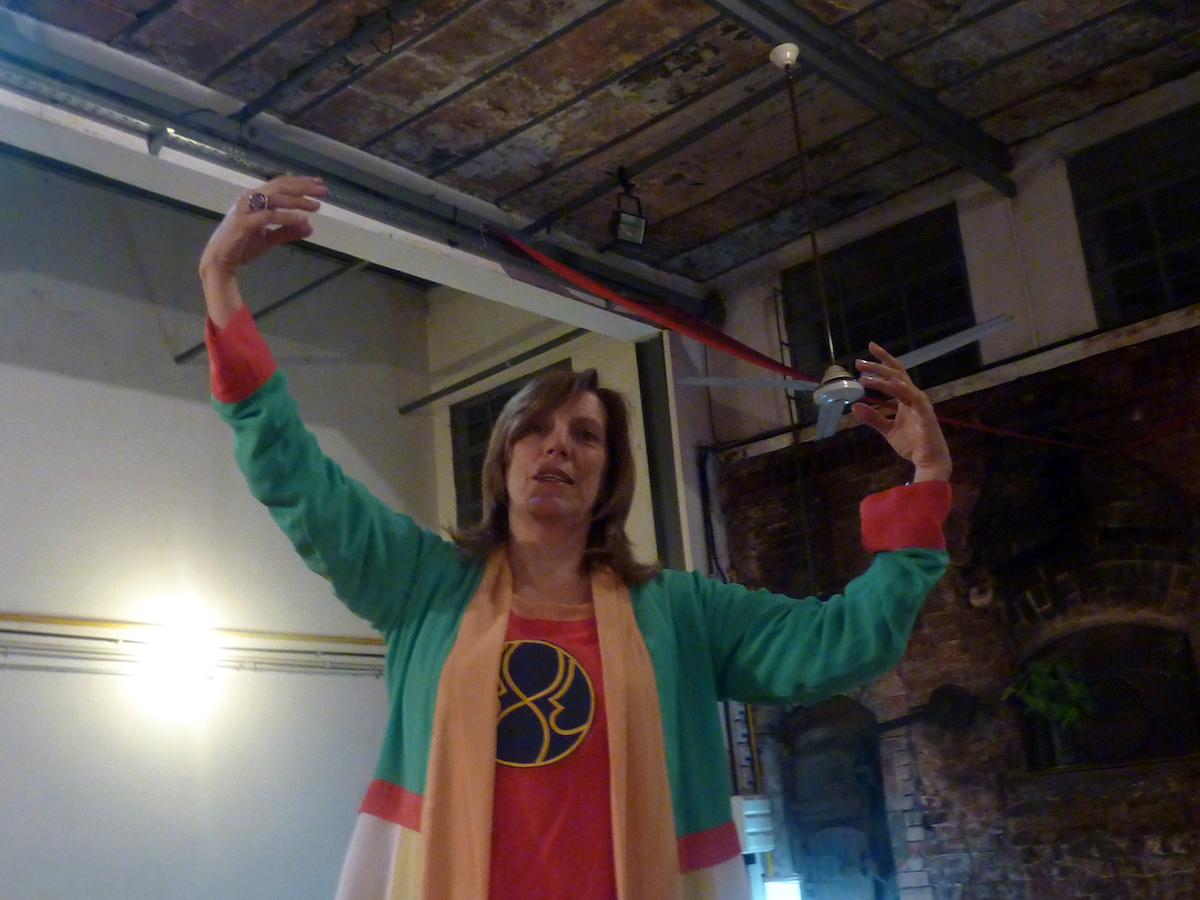 At the present moment I am working on several projects about vocal experimental research and on a thesis about Latin American voices. I am also working on a recording project of my songs performed by different interpreters. One of my compositions has been recently incorporated to its repertoire by the Symphonic Orchestra “Tango sin fin” as result of a Music Composition award. Now I also like to spend time with my two daughters and my son, their partners and my five grandchildren, my loving family.

I consider myself an artist, but also a hard worker. Creativity is the base; but the knowledge and the procedures with which we shape the materials are very important, and they are reached with time and dedication. For me, the artistic practice is a combination of wisdom and feeling that allows something to manifest and take a sensitive form. Everything works better when I am present in the different experiences, the way we learned with our Master. As the material of my work is mainly voice and speech, it is important for me to release tensions in order to allow the creative and loving energy to flow, and be able to give this Music to those who are receptive to it.

I am deeply grateful to our Master Chöegyal Namkahi Norbu for everything that He gave us so generously. I feel that his Teachings changed my life and turned it to a full-time practice: in my work, with my family and with the Dzogchen Community. Also in society, making us able to lead what our indigenous people call “buen vivir” (harmoniuos life, Sumak Kausay in Quechua, Ñande Reko in Guaraní).

I hope that Dzogchen Teachings shall spread over the Universe, especially in these difficult times when confusion and anger arise everywhere, so they can bring more wisdom and happiness and the end of samsara for all beings. 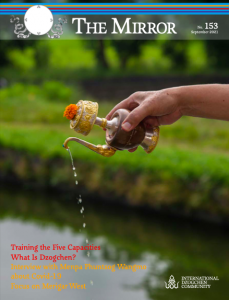