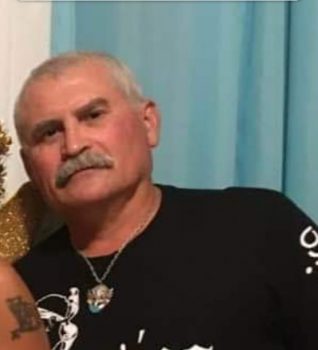 Our friend Sergey Makhanko passed away some weeks ago (probably at the end of September). Nobody had had news from him since this time. His body was found in his home, in France, last week. He probably died from a heart attack.
He was an active member of the French Community and also at Dzamling Gar, always helping with karma Yoga. He will be deeply missed.

Discreet Sergey,
Cultured Sergey
Sergey the generous karma yogi,
Sergey who observed finely those around him
Sergey the trekker,
Sergey the bivouacer,
Sergey our Vajra brother,
We did not see each other very often, but we always greatly apreciated it.
Our Shitro practice will accompany you, wherever you are.

We saw you arrive at Dejamling on foot from Belfort about fifteen years ago. As you said with a good laugh, “An eight day walk is nothing compared to Siberia” !

In Tenerife during the summer you slept in caves and in the winter in the cellar of a bakery.

With never a complaint, you celebrated the freedom to be able to practice and live freely.

You knew how to change your life with humility and wisdom.

Your career as a journalist and political dissident forced you to leave everything behind in Russia and seek asylum in France where you worked as a gardener in Belfort.

You practiced discreetly and when someone asked you where you got your strength, you answered “Vodka” and then to us saying playfully, “They don’t know about my Buddhist practice”.

Your slightly rough voice hid elegance and a rare culture.

You sent me at the beginning of September a beautiful box with two Degas cups “Dancers like you”.

Joyful in the dance, when after the third Dance courses, you still didn’t want to come, arguing in favour of Karma Yoga, I had to confiscate your work tools so that you would finally come to the Mandala. Afterwords, you never missed any opportunity to dance at Dejamling or in Tenerife.

You left alone, at the end of September, we hope peacefully in your apartment in Belfort. It was your family in Russia who were worrying.

After a police investigation we know Sergey probably died of a heart attack.

We are honored to have met you Sergey,

You were a great man.