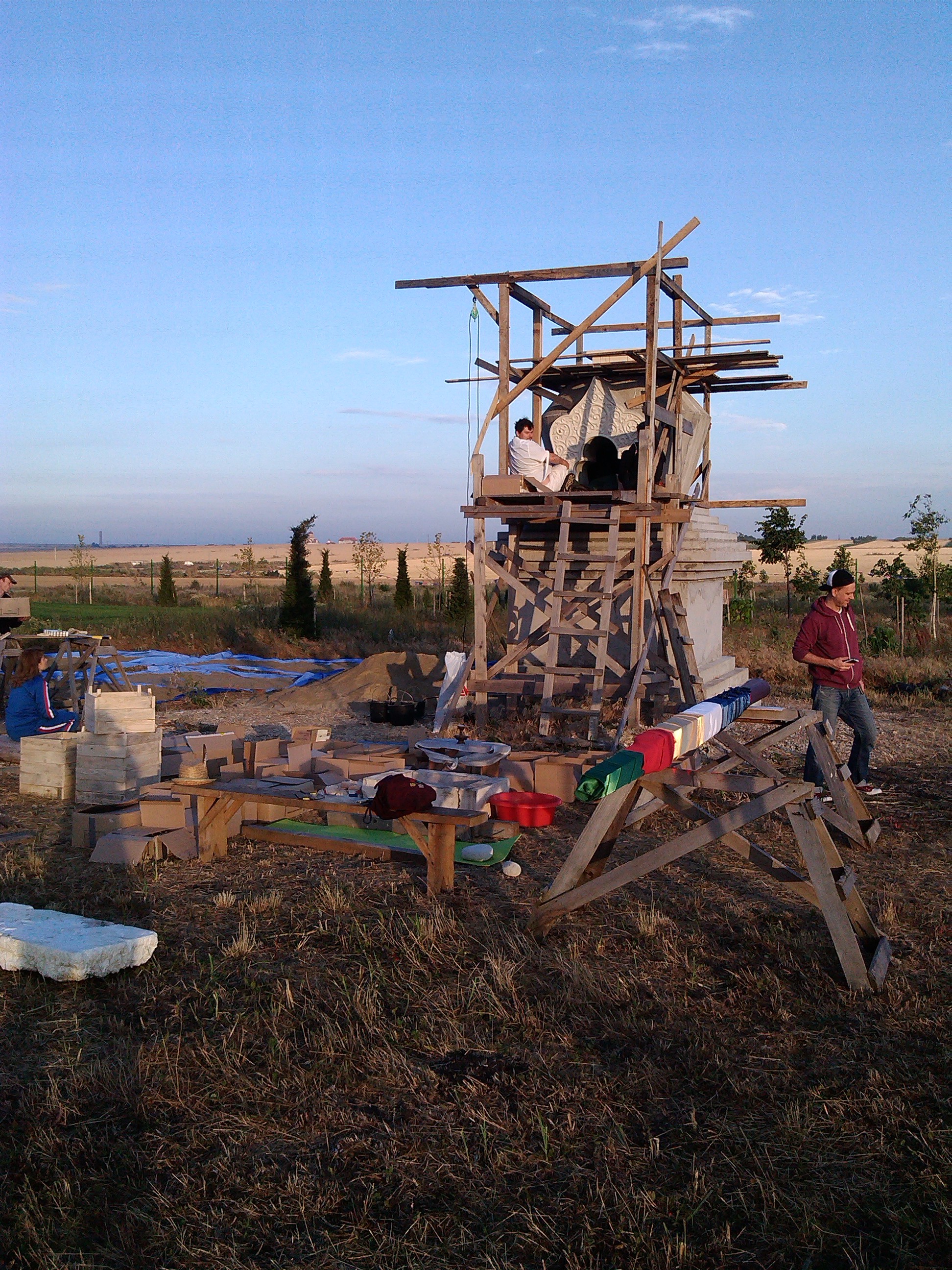 At Merigar East, Romania, we are approaching, this summer, the long awaited moment of filling up the second stupa. It is the result of many years’ work.

The importance of this work can be well understood from Migmar Tsering’s words:

“Stupa is a Sanskrit word that translates into Tibetan as “chorten”: “offering for the dimension of realized beings” or “offering to the dimension of the three kayas”. By analyzing the syllable “ten” we can thoroughly comprehend the meaning of the word chorten: “ten” has multiple meanings including “support”- a basis for communication between different dimensions. The syllable “ten” can also be translated as interdependence”: just as a mirror is the basis and support for viewing one’s face, the stupa is the basis and support for communicating one’s desires to other beings. The syllable “cho” means “offer”, material, vocal (because we offer with the voice what we would like to receive), mental (because we imagine an infinite number of offerings with our good intentions) and physical (by circumambulating it, restoring it, whitening it and keeping it clean). All of this serves to purify our obstacles and our karma, to connect deeply to the teaching, to gain well-being and see our wishes fulfilled.” (from the online conference with the Dynamic Space of the Elements held on the 10th of January 2021)

According to the Merigar East project inspired by Chögyal Namkhai Norbu, the two stupas were built inside the Longsal path.

The base of both stupas was laid in 2012 and the first stupa was completed in July 2015.

After few years of preparations, the second stupa was planned to be completed in 2020, but the possibility to travel was limited last year, so the filling of the stupa will take place this July. We are organizing a ten day karma yoga camp which will take place between the 14th and the 24th of July, with the last day dedicated to the actual filling. During this camp we will start every day with a practice of Sang and Serkyem and with the Purification of the Six Lokas. We will also organize explanations on stupas and on the elements. With instructor Zoli Cser, who will join us between 14th and 18th of July, we will also carry out practices of Yantra Yoga, Vajra Dance and Chöd. With the practice of the Vajra Dance we would like to symbolically connect with the worldwide Vajra Dance event organized by Merigar West in Tuscany, Italy, from the three solar mandalas in Merigar East that will be brought to life again.

On the 19th of July we will connect with the worldwide practice of Guruyoga on the day of Guru Padmasambhava.

In the meantime, we will dedicate ourselves to the practice of karma yoga as there is a lot to prepare for the stupa. We will share cooking, taking care of the Gar and of the event together. 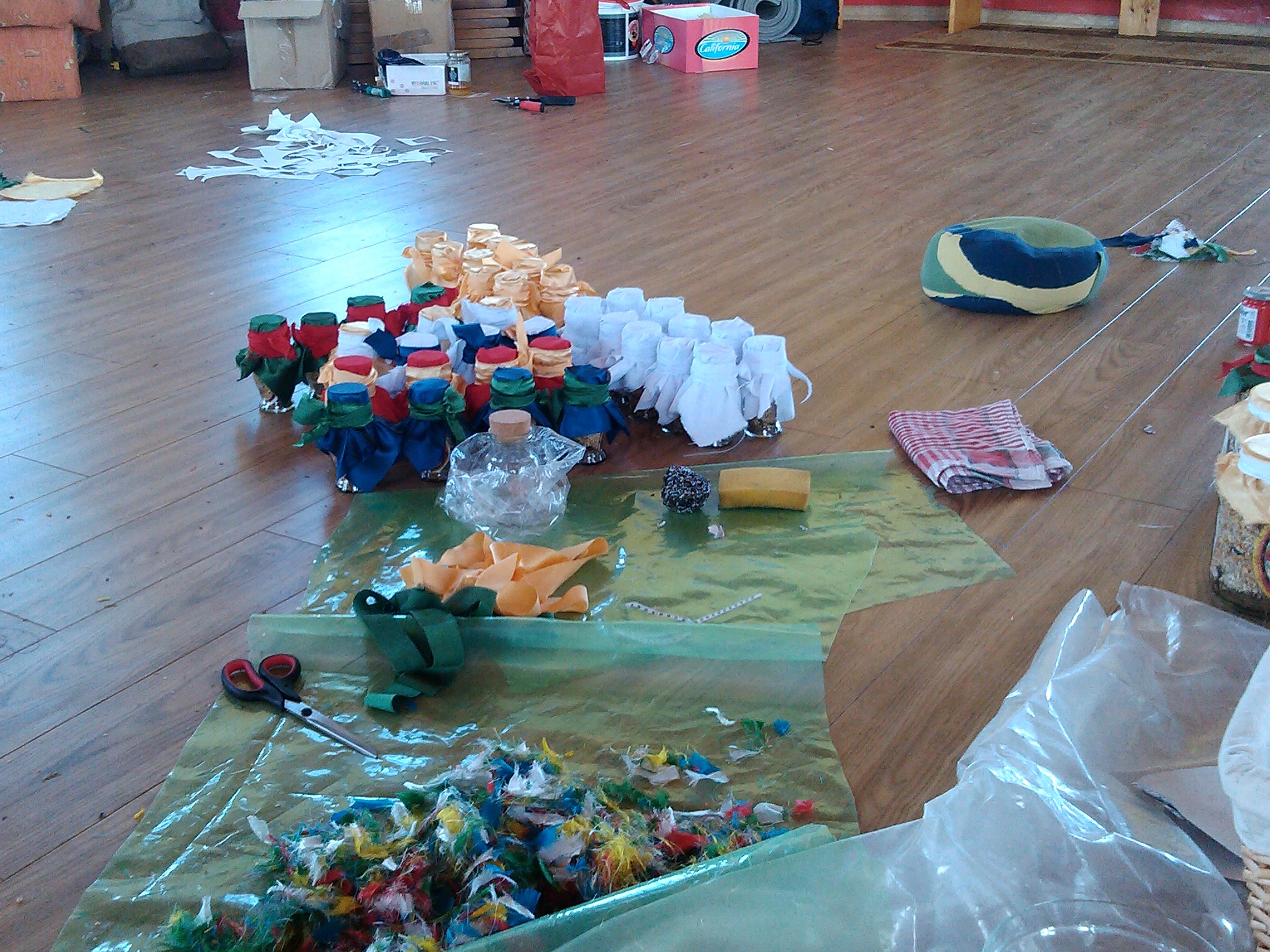 The last preparations and the filling will be guided by Migmar Tsering and his team. The filling should be done in one day, on the 24th, so we need a lot of people to help! We should work from early morning to transport all the material inside. After the filling we will close the stupa and put the Longsal symbol on the top to express the connection to the transmission of Rinpoche and the Longsal cycle of teachings. This filling day will be a great feast, and if the work is shared by many, so will the relaxation and dancing afterwards.

The last touch will be displaying statues on both stupas. For one stupa we already have a beautiful statue of Guru Rinpoche. For the other one we would like to have a statue of Mandarava, if possible. The koras (paths to circumambulate) of the stupas will be paved with stones and we will plant herbs, flowers and trees around them. We will create a small oasis in the Merigar East Oasis. 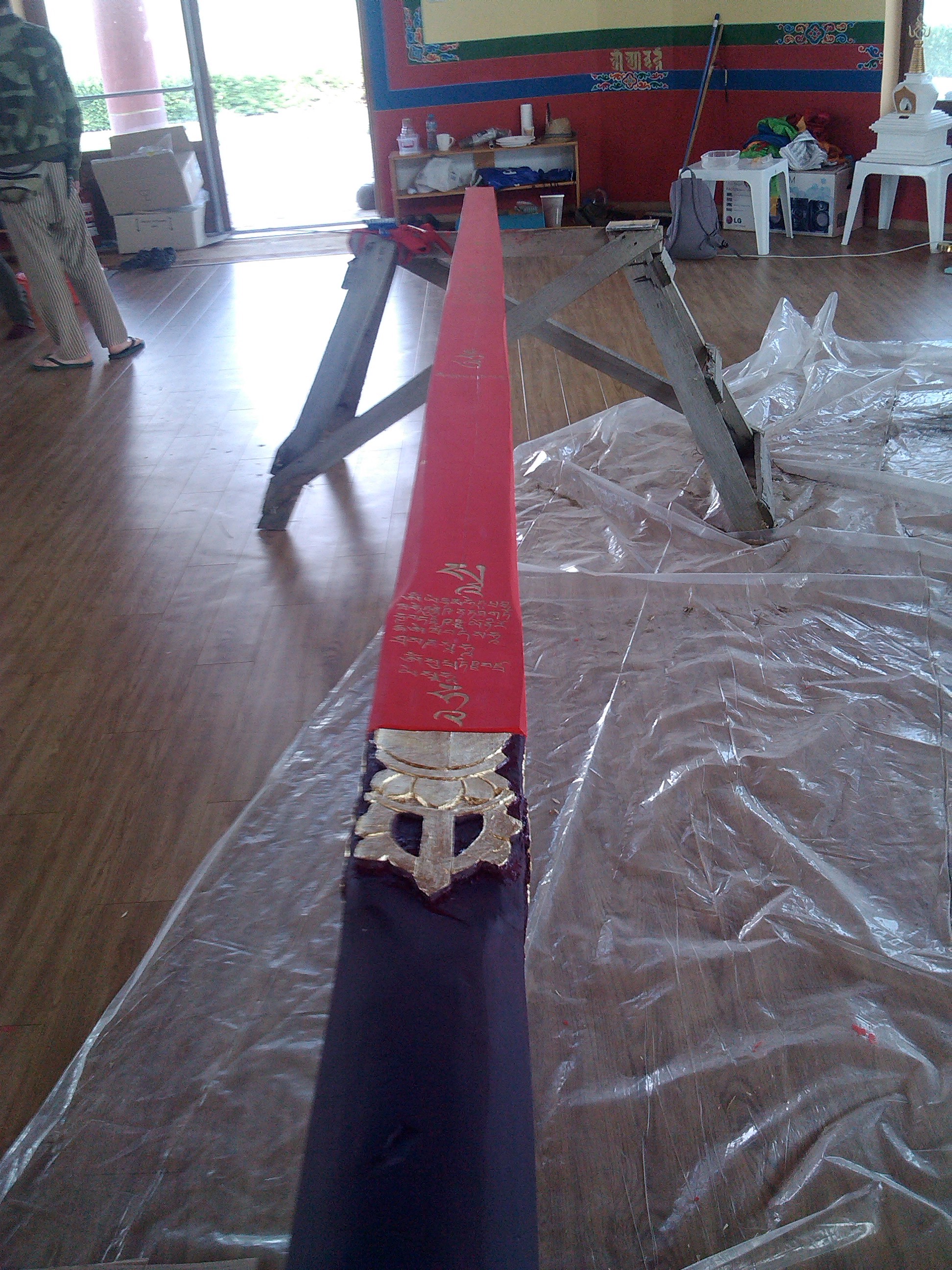 To dive deeper into the knowledge about the elements, we will continue from the 25th to the 28th of July with a workshop based on Tibetan Astrology and preparation of the Mandala of Elements for harmonizing and better understanding the nature of elements with Migmar Tsering and his team.

We would like to thank very much mainly Pepa for his untiring work with building. He will come from the Czech Republic with his helpers earlier in June to prepare the construction around the stupa to make the filling possible. Many thanks also to other devoted practitioners from many countries and also to gakyils of the Merigar East countries for their cooperation and help with this project!

The project of both stupas was funded with donations up to 80% of the 39,000 euro goal. We would like to thank all of the generous donors who supported the completion of this project. The last expenses are for supporting the work of the karma yogis coming to help, buying the remaining necessary materials to be put inside the stupa, building the wooden construction around it and buying big tents to keep the material in the shade during the process. Please support the completion of the stupa by coming to help or donating!