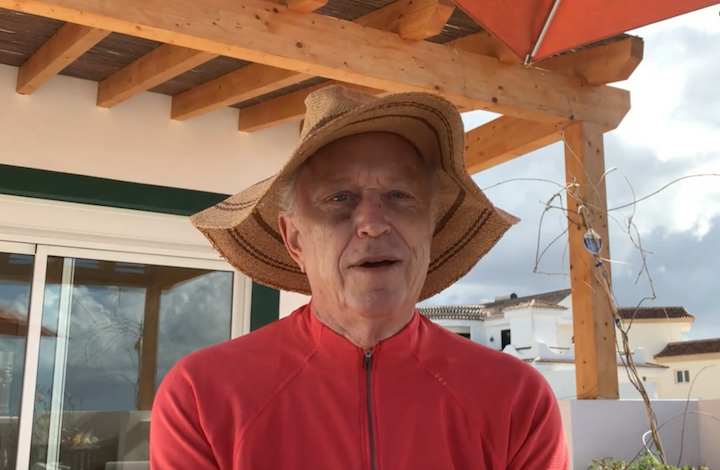 I think my exposure to Buddhism happened when I was about sixteen and still in High School. I had a friend who knew some other people and one of those people happened to be an owner of a bookstore. We were able to go there, and most if his books were on Buddhism. Then later on when I went to the University, a series of events made it possible for me to get involved in a study program, the History of Religion, and that made it possible for me to go to India; in the 3rd year of the University.

So I found myself at the age of nineteen in Varanasi, India. I actually went there partly to study Sanskrit, partly to study something about Indian religions and partly to study Indian music. Actually what ended up happening is that I studied Sanskrit for a couple of years, but my music interest became much stronger and that interest led me to search around for a music teacher; and at the same time I was exposed to a lot of people who were coming from Europe and the United States, but it wasn’t until much later that I met Namkhai Norbu Rinpoche in 1982. 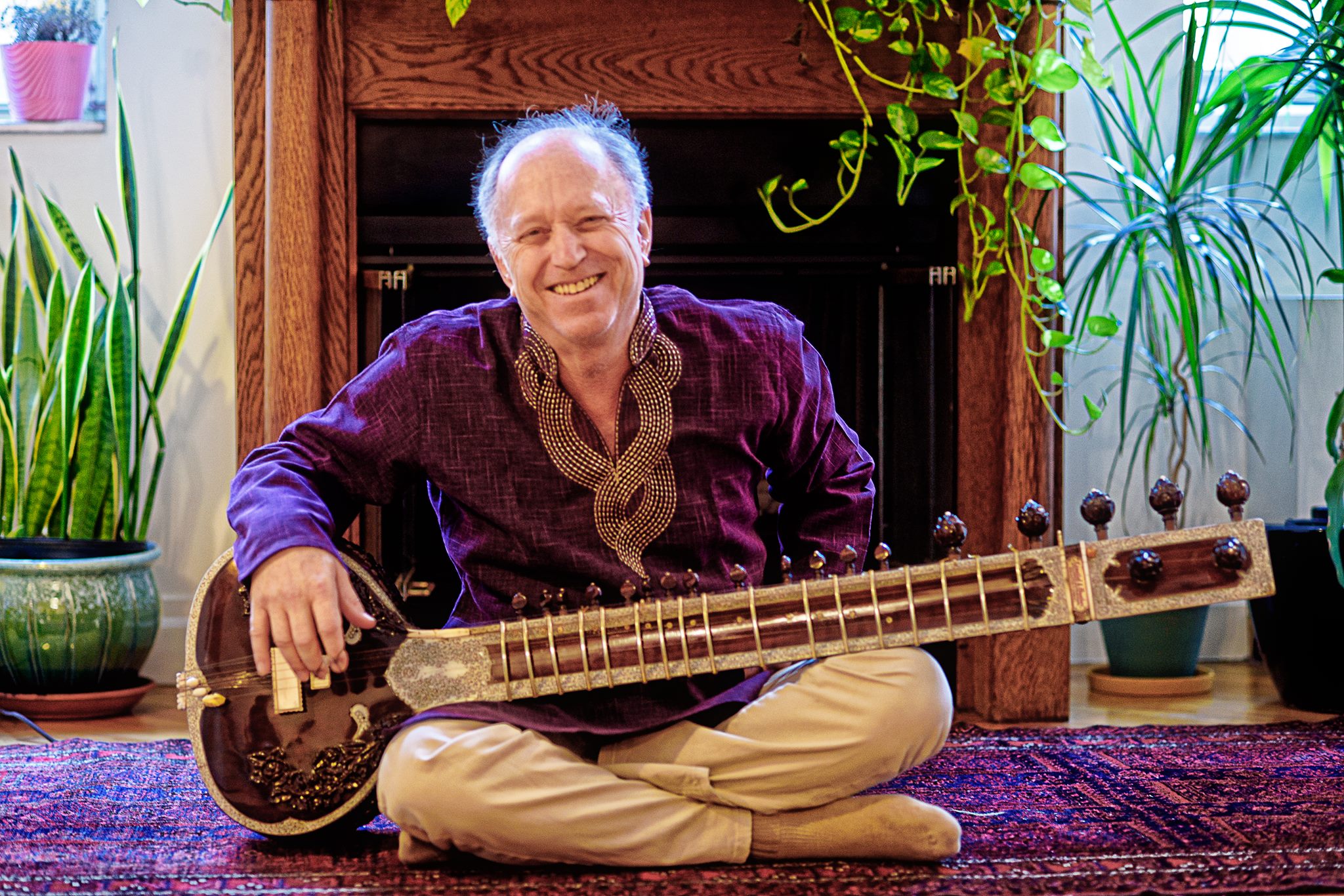 That meeting was the result of knowing some Italians in India, and my friendship with them continued even after I returned to the United States. I knew Mario Magliettti and Paolo and Poupee Brunatto, and they told us about Rinpoche. Then in 1982 when Rinpoche led a retreat at OZ in California, he was extremely informal; we used to eat with him and discuss with him, and he was very easily available, practicing with us all the time and it was very different learning with him at that time than it was with other teachers. And I think that was a phase of Rinpoche’s life that was also quite unique.

As the years went by I continued to see Rinpoche frequently in Tsegyalgar [East} and also a lot in Margarita where Rinpoche spent a lot of time informally with his students. Of course learning in formal situations with Rinpoche was great, but learning in this informal way was also something very special.

When Rinpoche started offering the Santi Maha Sangha courses, then I became very focused on what he was doing. Santi Maha Sangha became the main emphasis of my practice. Then in 2010 I began very intensively to prepare myself to become a SMS instructor. Until that time I did not have the confidence to enter that and I was just not ready to do that. Even when I did pass the SMS Instructor’s exam in 2010, I still had many, many doubts. Even after doing this for 10 years, I still have many doubts. 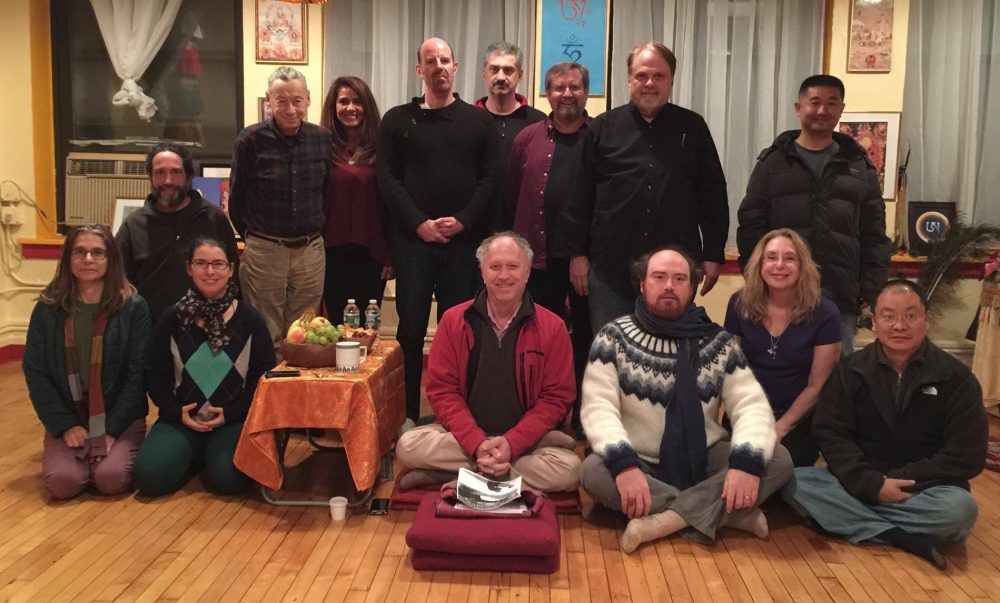 So I think being an instructor of SMS is a kind of process. Sometimes I am very enthusiastic about doing it, and sometimes I feel I need to pay more attention to my own practice and I try to balance the two of those things.

Now, since Rinpoche’s passing, there has been a kind of confusing period. Nobody knew exactly where to place their foot and there were so many questions, a lot more questions than there were answers. I think as time has gone on, the Community is stepping up to this challenge. I feel very optimistic about the future actually. I see things settling down in a very positive way. Of course there are issues and there are always going to be issues. That is normal.

But for me there is no question that the Dzogchen Community and the legacy of Rinpoche are going to continue. Even this morning I had a kind of flash, not about Rinpoche but about other masters who have passed on, maybe it’s been thirty years, fifty years, or maybe a hundred years, but still their teachings come down in the form of books, or as represented by their students, or even their grand students, so to speak, but they have continued. And these are examples of how these traditions get passed on. I feel very confident about the future of the Dzogchen Community.

So when you think about it other masters, they wrote so much, they taught so much, and their material is available. I think Rinpoche’s material will gradually become available to so many beings.

Certainly the archive of Rinpoche’s teachings is very important and it needs to be maintained, my hope is that it becomes available, not something that becomes used to maintain peoples’ authority or something. If you look at history, there have been times among various religious traditions where the control of a library or archive become a point of contention, and that can lead to problems.

As for my SMS teaching, I do a weekly session on the Precious Vase, and many new people come there, and we are also going to start something now in China, and I hope that will be on a weekly basis and it will also be dedicated mostly to the study and practice of the Precious Vase. I think that can be useful.

There are around 45 SMS instructors, and they have all been authorized by Rinpoche; they have a big responsibility to fill and there are many things to do. There are people who are developing open programs and that is very useful, and then there are people working alone and trying their best. I think there is room for all of this. We shouldn’t try and limit it in any way.

So there are people who like to collaborate and do things together, and then there are those who find it more efficient to work alone. All of this is good; we shouldn’t try to create barriers and make it difficult for people to do things.

Rght now with all the Zoom possibilities, there are so many things going on even at the same time, I don’t see any problem there, I think there is enough if an audience and people can participate where they feel it is necessary, we don’t need to control things there. Also we have this Sangha App and Norbunet, so we have all these ways of announcing all these possibilities to the wider audience.

I think the main thrust of our involvement will depend on our individual enthusiasm based upon our practice. I feel that if people are seeing and experiencing the benefit of that, then their involvement with the Community is going to naturally unfold, and they will be inspired to participate and do as much as they can.

As Rinpoche used to say, we live in time and we are getting older day by day, the inevitability of that process is infallible. So we depend on younger people to step forward and move into positions of responsibility, I think that is a natural process and it is going to happen. We don’t need to force but it will just naturally take place. To conclude, I am rather optimistic about the future of the Community.