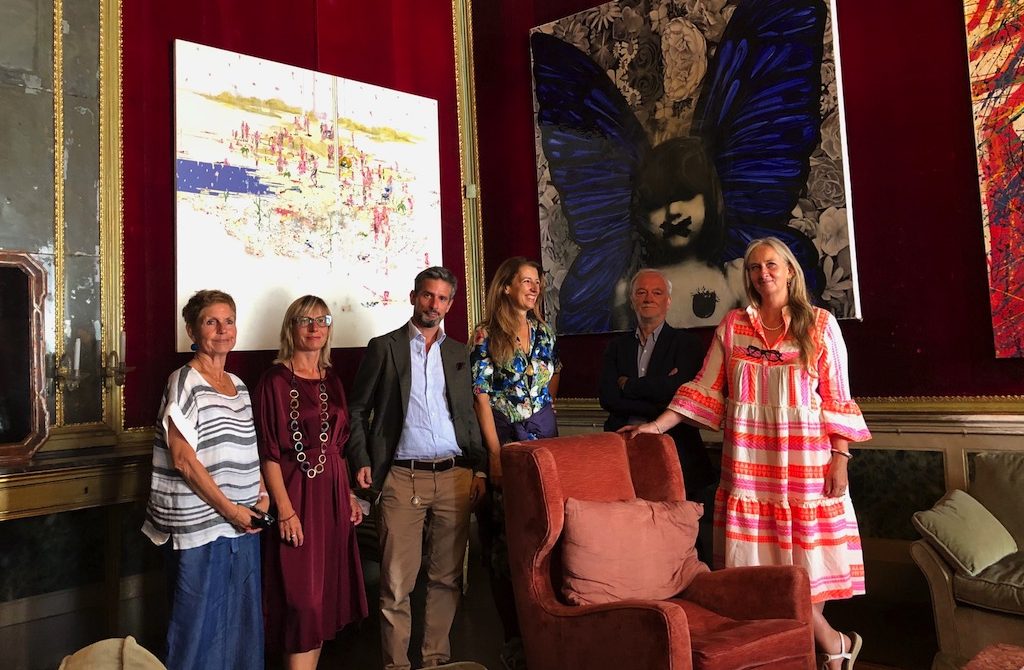 The setting could not be more beautiful: the splendid Palazzo of the Donà Dalle Rose family in the beautiful city of canals. Here the International Atiyoga Foundation in collaboration with Gyamtsholing, the Dzogchen Community of Venice, organized two days, September 3 and 4, thanks to the invitation of Chiara Donà Dalle Rose during the exhibition for the Biennial of Contemporary Sacred Art (BIAS) with which ATIF already signed a partnership agreement in April 2019.

During the press conference on Friday, Marco Baseggio presented the Foundation, promoted by Professor Namkhai Norbu, the head of a series of associations and schools that have their offices in various parts of the world. The Foundation’s purpose is “to promote the evolution of the individual through the different cultural forms or areas of the mind that Namkai Norbu developed during his life to make possible ‘favorable conditions in order to bring to light the potential of the human being’ ”. Yantra Yoga, Vajra Dance, Khaita Joyful Dances, Meditation, Medicine, Tibetan Language and Culture, Dynamic Space of the Elements, the various branches of the Shang Shung Institute that promote Tibet’s precious heritage and explore its relevance in today’s world, and much more lie within this Foundation which, with the support of the International Dzogchen Community, is studying a way to be visible and collaborate with different contemporary cultural realities. 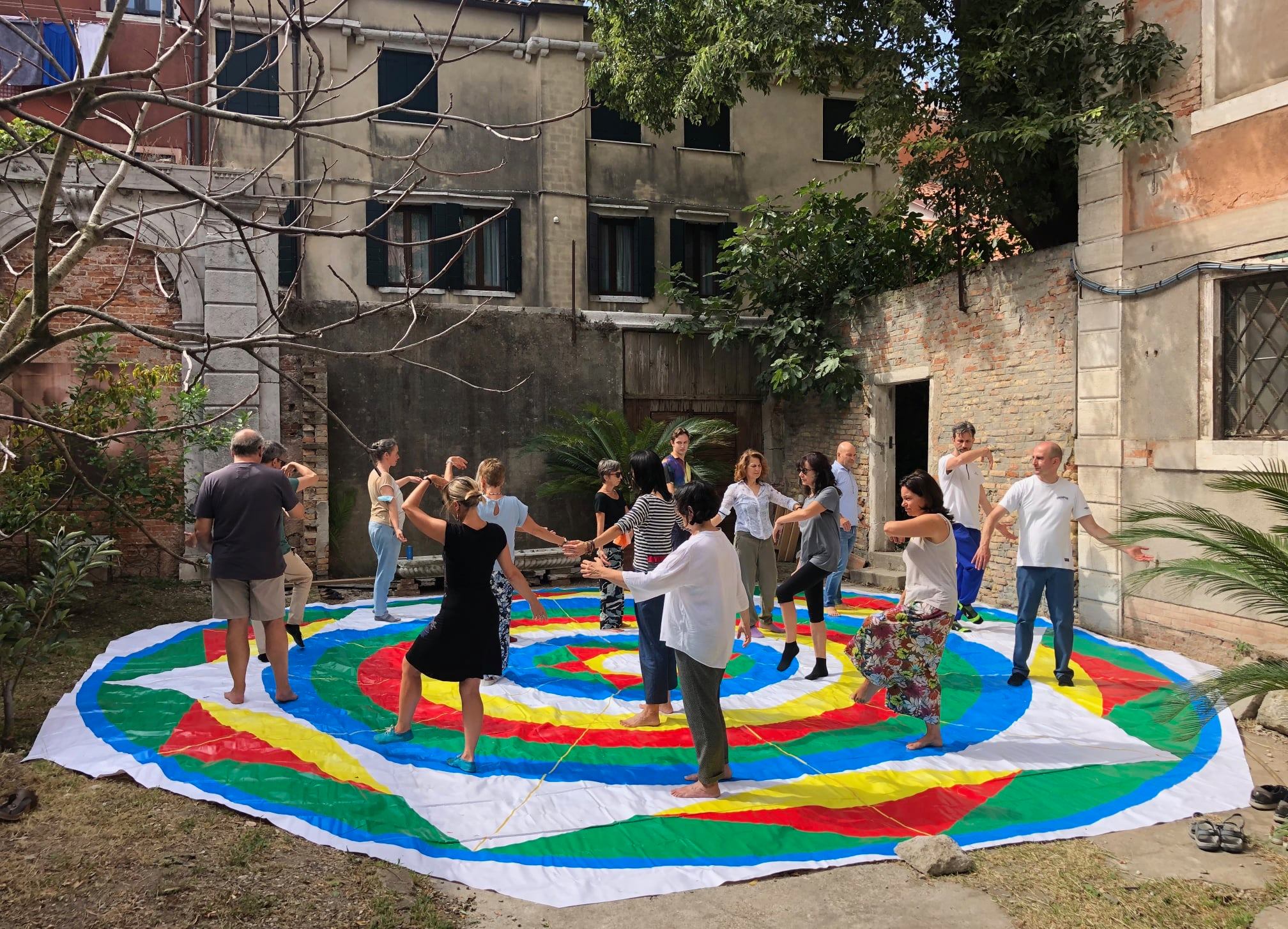 The vision of Namkhai Norbu, an erudite professor, but for his students a great Dzogchen Master, recognized as such throughout the Buddhist world and not only, is, as specified in the press conference by Marco Baseggio, “of the human being as a practitioner who through teaching can dissolve his or her tensions, harmonizing not only with others but with the space that surrounds us”. And Adriana Dal Borgo, international teacher of Vajra and Khaita Dance, who has traveled the world with the Master for thirty years, explained, “By dancing we harmonize with the earth”, movement, harmony and rhythm come together in this meditation in movement.

On the occasion of this meeting, the helm of the Foundation was passed from the former President Marco Baseggio to the new President Benedetta Tagliabue, elected by the Board of the Foundation with the favorable opinion of the founders Nancy Simmons and Carlos Ramos and the Namkhai family. Benedetta, renowned architect and professor at the University of Architecture of Catalonia, has been a disciple of Rinpoche for many years. She was thanked by everyone for having accepted to take over the reins of the Foundation, obviously accompanied by several colleagues, and for bringing her rich experience to the benefit of the organisation. 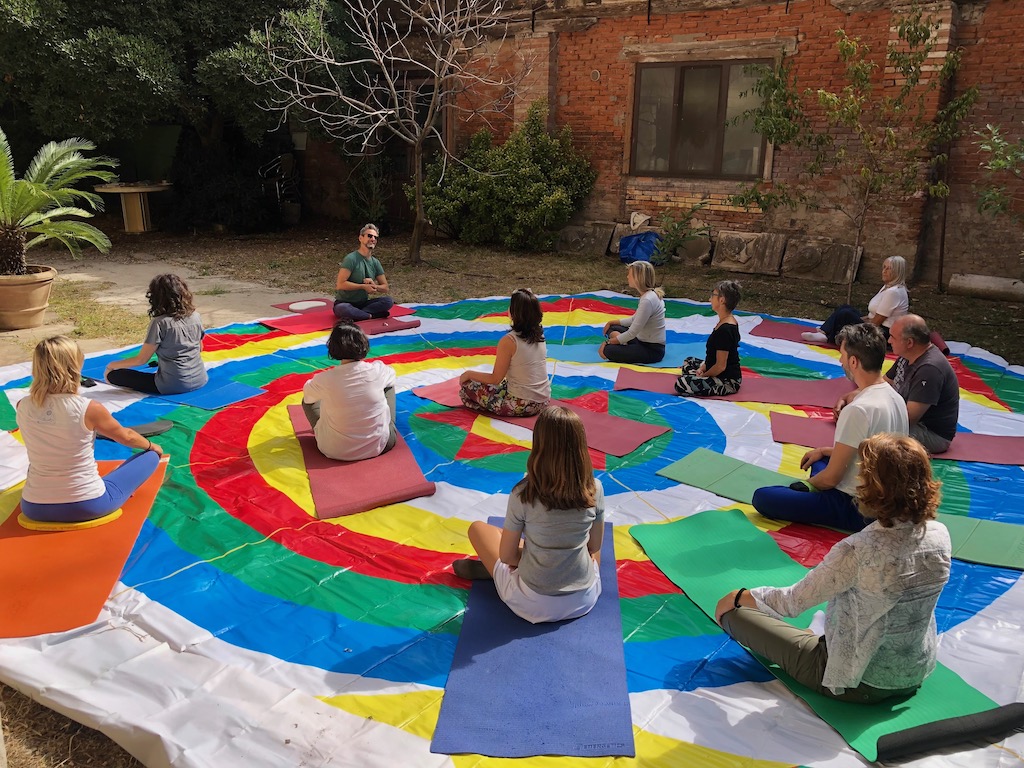 On Saturday, during the day, a group of Gyamtsholing practitioners, finally met to practice together after months of online meetings in the secret garden of Palazzo Donà. Open Yantra Yoga classes were offered with second level instructors Marco Baseggio and first level Chiara Carraro. It was possible to dance on the Mandala with the international teacher Adriana Dal Borgo and second level instructor Paola Pillon. After a demonstration of the Om A Hum Dance, newcomers were invited to follow the rhythm of the Dance with a simple tsam step. The Joyful Khaita Dances accompanied a cheerful day and temperate climate with a view of the lagoon.

The partnership between ATIF and the Donà Dalle Rose Foundation, which represents the Biennial of Sacred Contemporary Art, has been reconfirmed. And that same evening, during the presentation of her new book aimed at raising funds for Unicef, Chiara Donà thanked ATIF and Gyamtsholing for the activities carried out for the benefit of all the participants in front of a large audience. The event, engaging and successful, ended, as is customary in beautiful Venice, with a generous aperitif offered by BIAS.

Special thanks go to Benedetta Tagliabue, teachers and instructors, Adriana Dal Borgo, Paola Pillon, Marco Baseggio and Chiara Carraro. And above all to our Precious and ever present Master!