On Sunday 29th November, six dancers gathered with Topgyal and Tsering to perform at the Victoria Market in Melbourne. The sun shone on the outdoor space in the middle of the enormous covered market area, and as soon as the first dance began, a crowd materialised as if from nowhere to watch and enjoy, and yes, even participate in the concluding circle dances. Quite a few people were interested to hear about the workshop to be held the following weekend – who knows what connections can be formed at public events such as this. 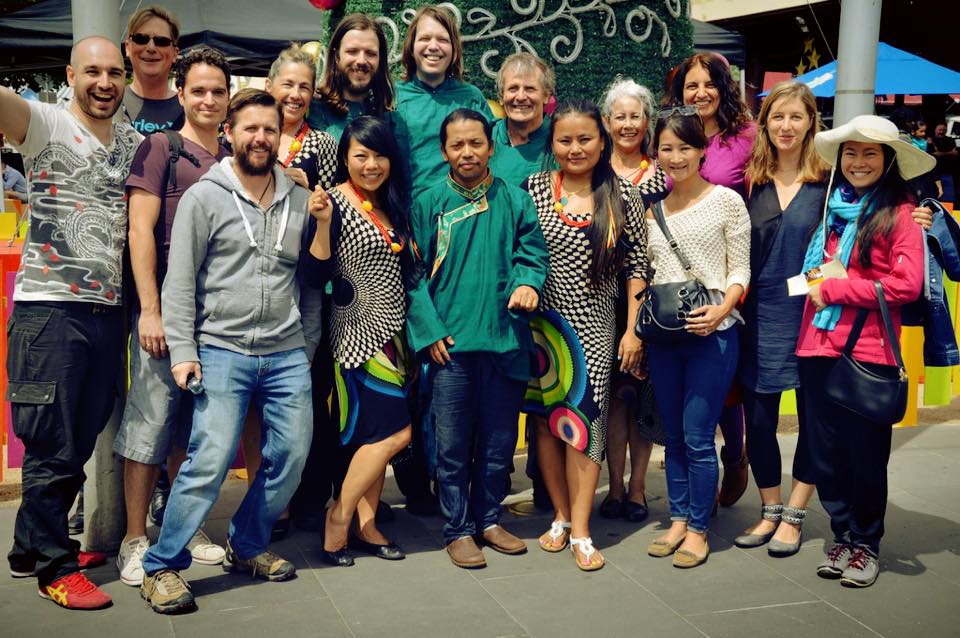 During the week, two evening workshops were held at Fleming Park Hall, the home of Samyasling, and well attended and enjoyed by local practitioners, delighted to have the further chance to train and practice with Tsering and Topgyal – then the workshop this weekend was joined on Sunday afternoon by interested newcomers, and also a local Tibetan family. 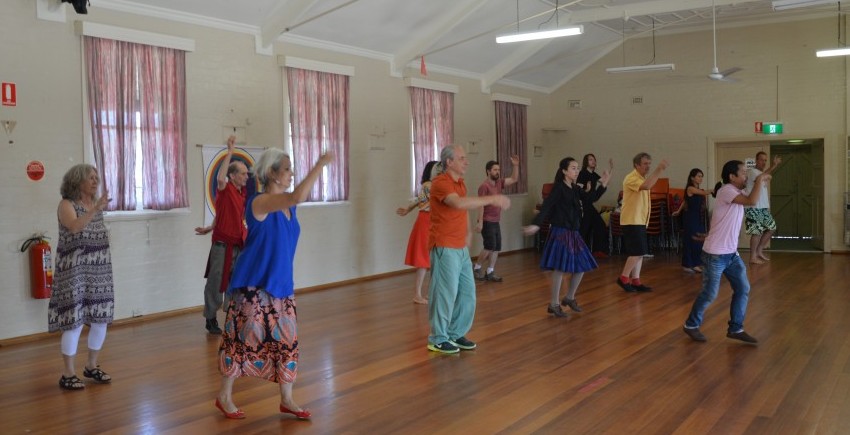 Also during the week, the chance arose to perform for the residents and staff of an old people’s home, where Laurence Khantipalo Mills now lives – he was in particular delighted with the performance, and a couple of staff members joined some dances with great alacrity. 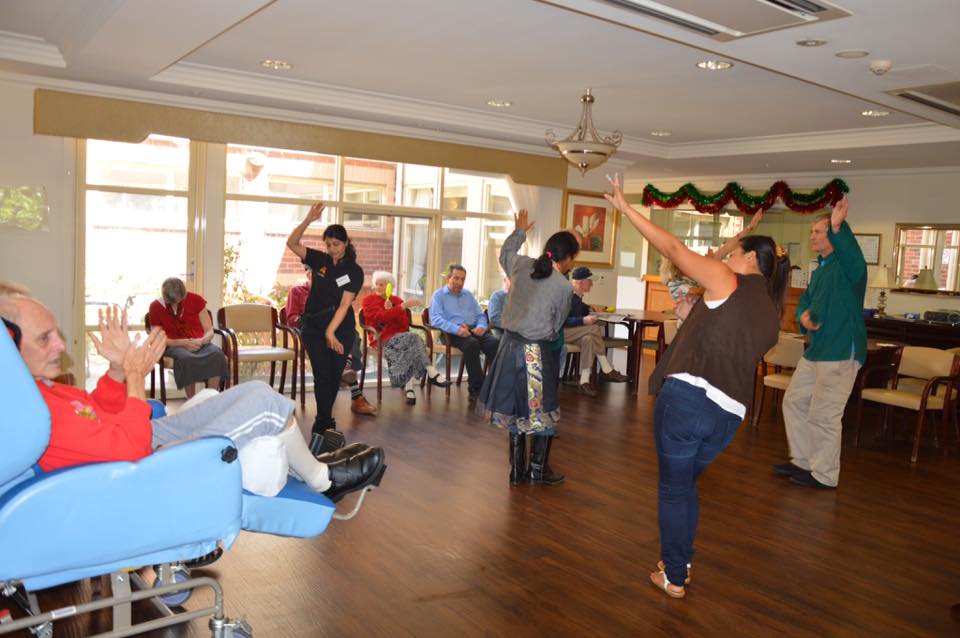 Performing for Laurence Khantipalo Mills at a home for elders 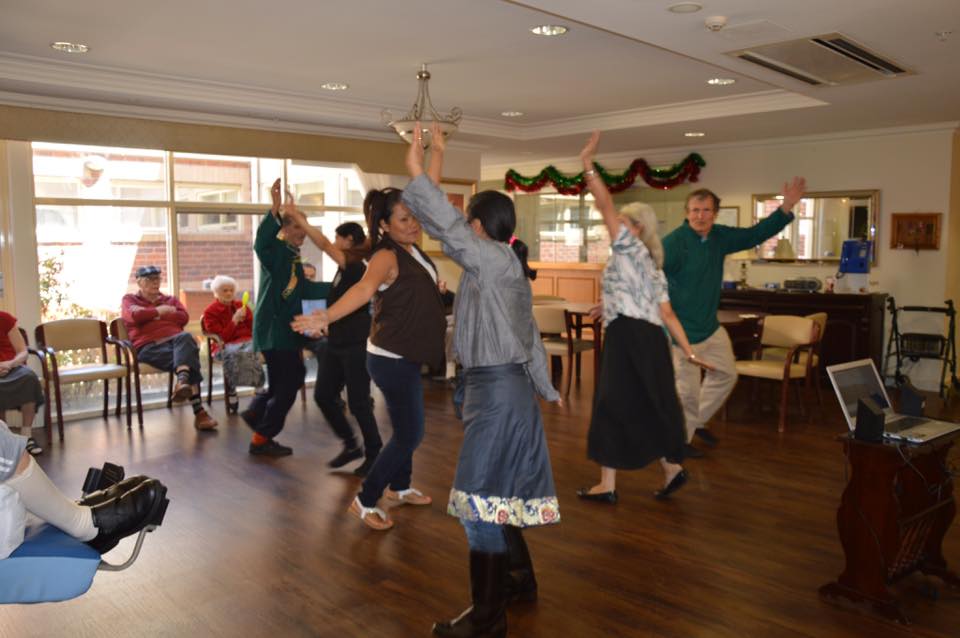 Performing at the home for elders

A joyful week, which we can hope to repeat again in future!

And since Rinpoche has now announced the fifty dances to be learnt particularly by those interested to become Khaita instructors, we hope to follow up with further workshops at Namgyalgar, specifically to clarify, learn and train these dances.

Many thanks to Namgyalgar and Samyasling Gakyils for collaborating with Shang Shung Institute Australia to make these events happen, and many thanks to Topgyal and Tsering for sharing their knowledge, expertise and enjoyment with us! 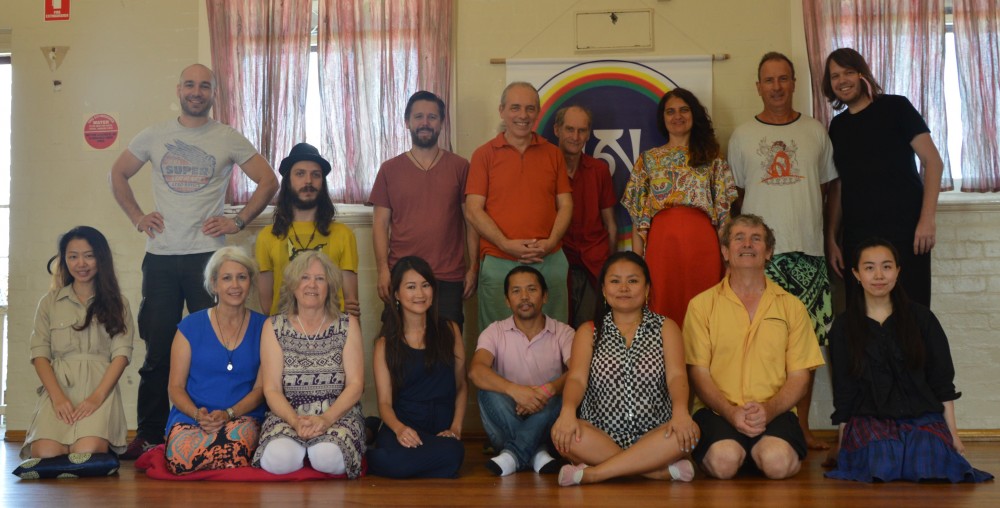 Group at the classes in Melbourne 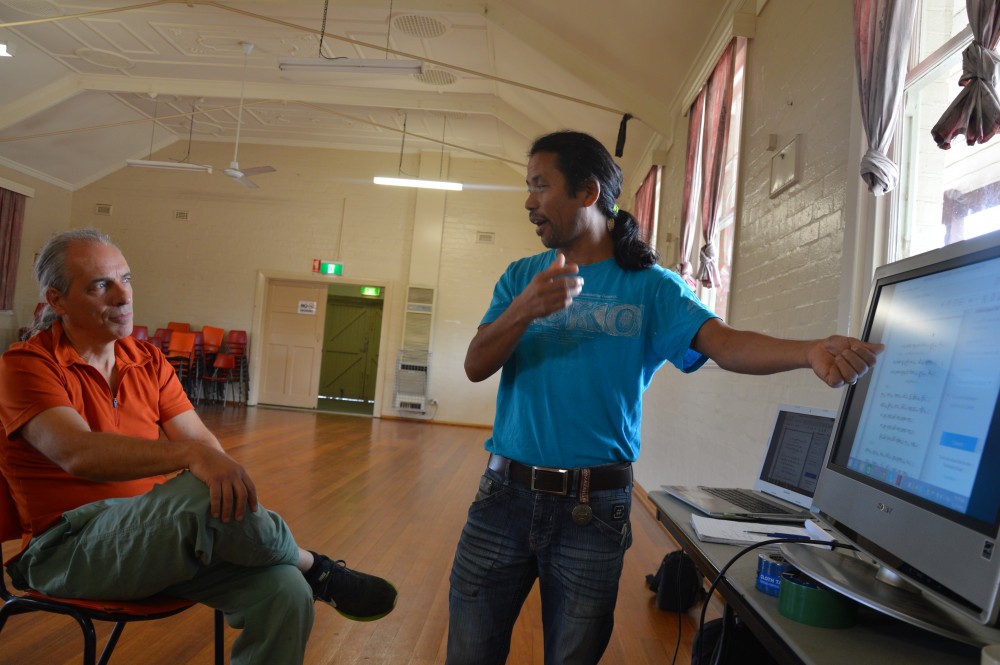 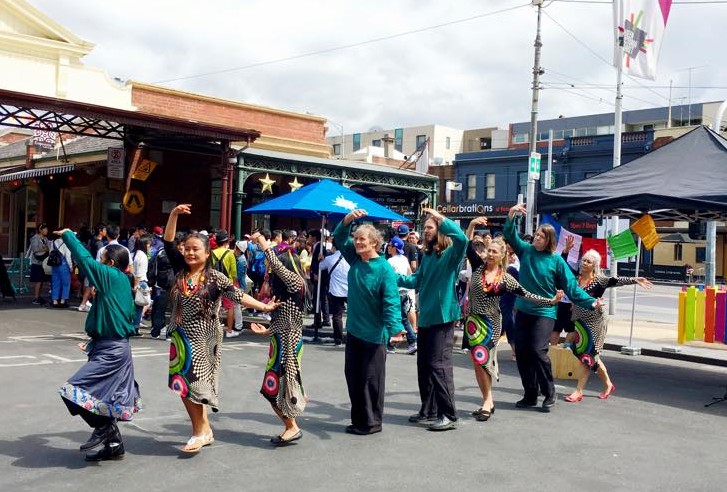 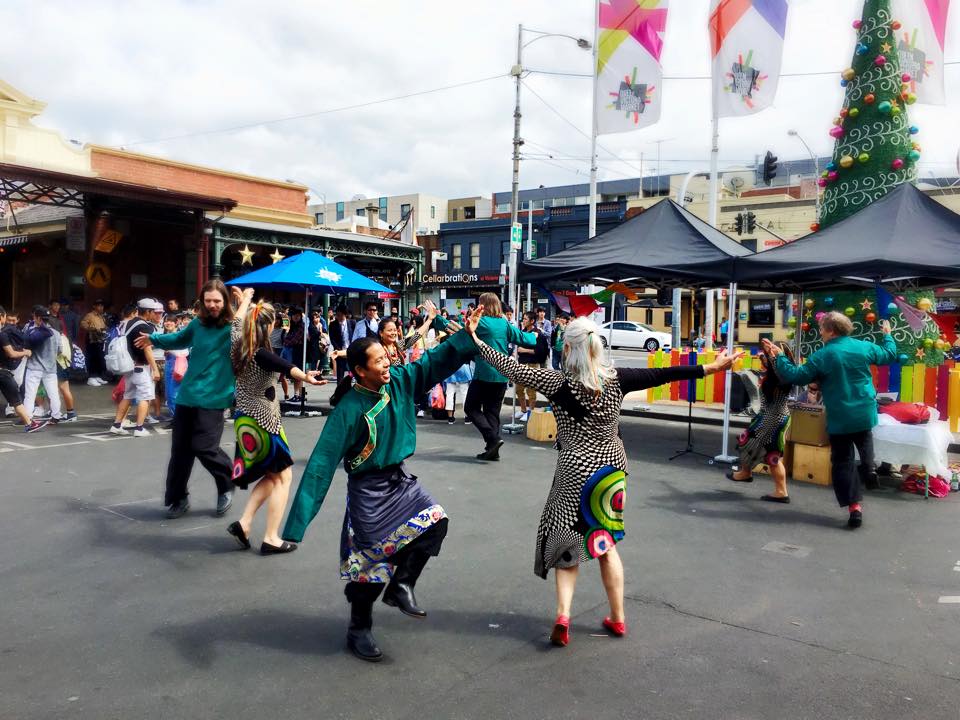 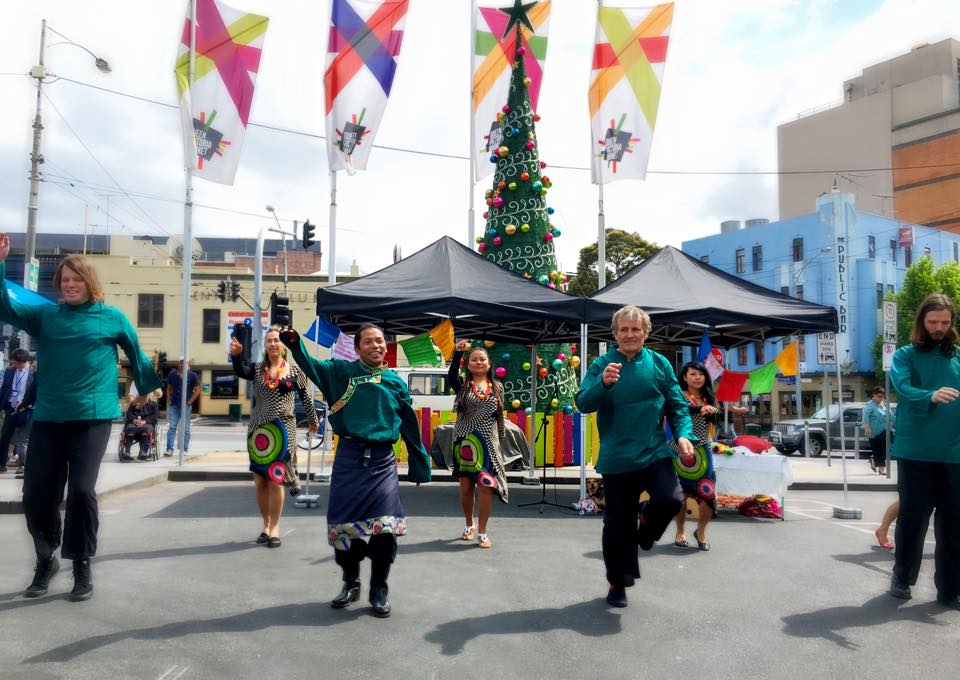 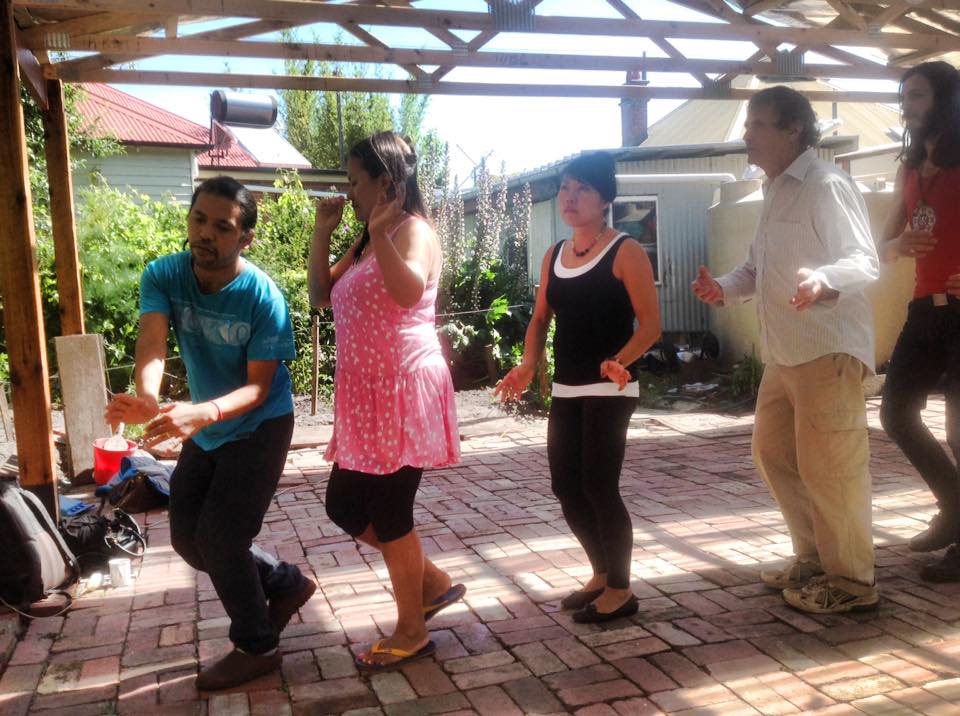 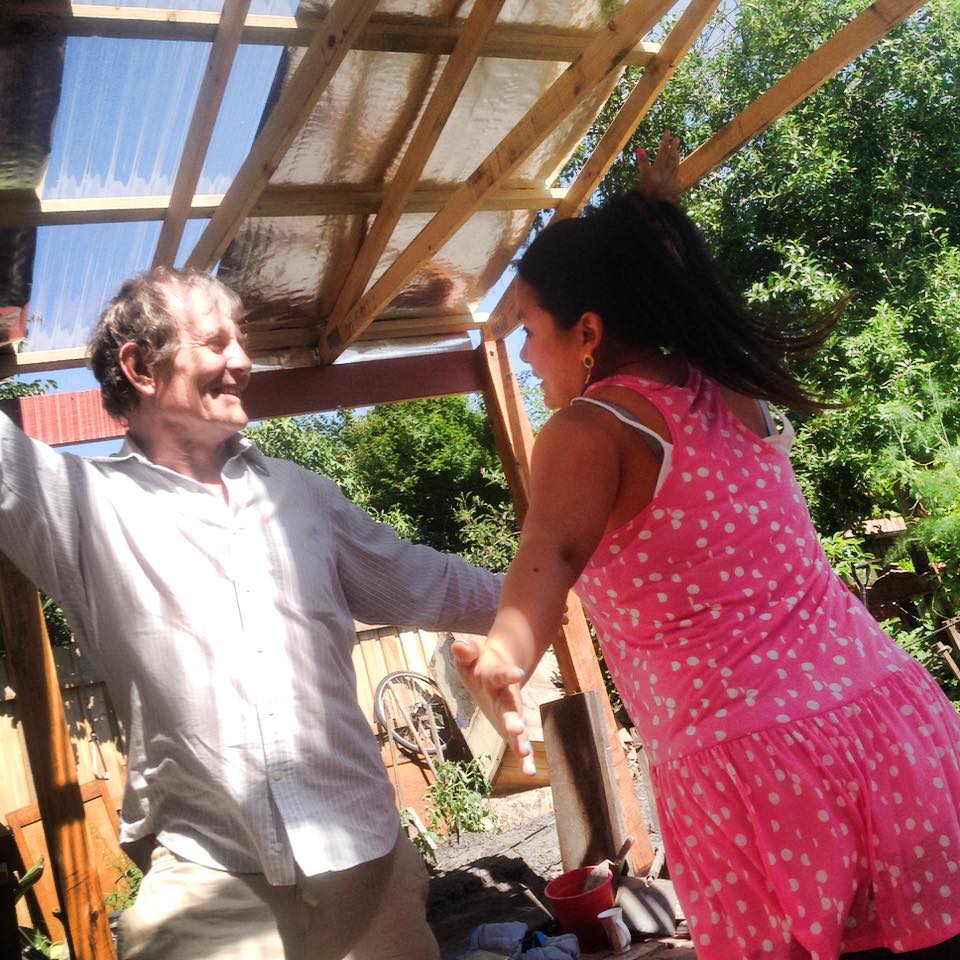