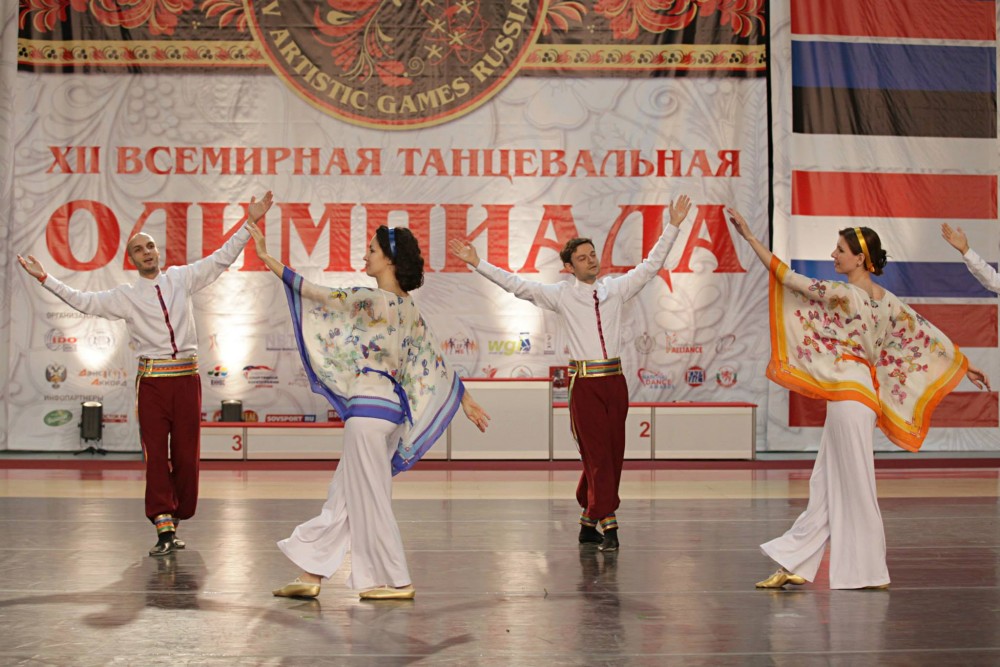 Since 2012, after the retreat with our Master in Russia in Moscow Community, a group of fifteen to twenty people appeared who started to learn Khaita dances. Since then the quantity of dancers has increased like the number of dances. We try to gather regularly and dance all the year around in the Gonpa of Rinchenling and also to perform and introduce Khaita Joyful Dances to the citizens of Moscow and other Russian cities.

We actively follow the new videos appearing in the Khaita Facebook group and the Youtube channel. Sometimes some of us study new dances by video at home and later explain to others during our meetings in the Gonpa. When somebody comes back from Tenerife or other places and he or she shares the latest updates.

We often give performances at different events. Most often we receive invitations through Community members in their roles as students of Chögyal Namkhai Norbu. For example, in 2014 we did six shows and in 2015 we have already performed three times. This year we have been invited twice: for presentation of a book on Tibet and Nepal and for a performance of the Eastern dances.

When we are going to participate in an event, one of us who has the possibility becomes coordinator of this performance. He or she requests people, gathers participants, composes the program, keeps in touch with the organizers and schedules rehearsals. Also we are involved in the creative and interesting process of making costumes for our shows. Together we invent ideas and then make them come true collaborating with tailor shops. Last year the Gakyil of Rinchenling and members of the Community supported us. This year we used money from our dance fund. In summer 2014 Adriana advised us to create such a fund supporting us with the first contribution. In 2015 there were also some other contributions. Now we have beautiful colorful costumes, three female styles and two male, so in total twenty-five people can perform at once.

People often ask us to perform in the Tibetan costumes – the chuba (a long tunic) and blouses with long sleeves. In addition, we always suggest to complete the program with new modern dances in modern costumes. So often our show consists of two parts. It makes it more professionally staged and attracts people not familiar with Tibetan songs and dances. For many people it becomes their first contact with the Tibetan culture.

Recently we participated in an important event – The XII World Dance Olympiad. During eleven days more than 25,000 participants from 40 countries of the world competed in 50 dance styles. Since the Dzogchen Forum ‘Open Tradition to an Open World’ in Moscow in 2011, we try to participate in this event every year. This year we performed at the ‘Nasledie’ (‘Legacy’) festival, which took place on the first day of the Olympiad with the dance ‘Thogthang Nyiod’ in style ‘World folk dance’, adult group. 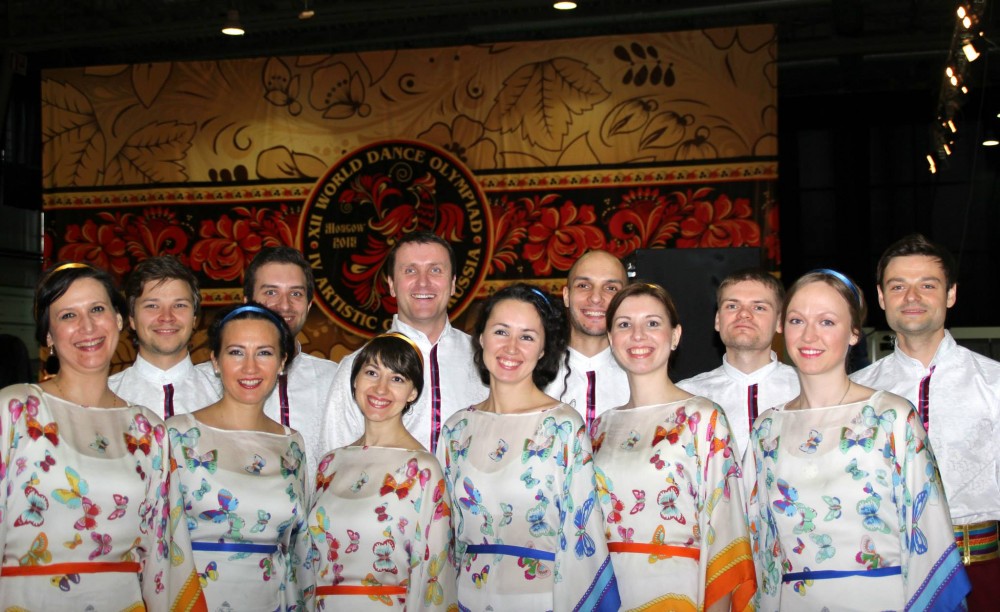 With experience we’ve started to give more importance and care to the preparation of the programs and rehearsals. We try to apply principles that we discovered thanks to the Vajra Dance: timing, presence in the movements of the legs and arms, and how dancers interplay during the dance as on Mandala.

The group of dancers constantly varies because many of our active dancers often travel. In preparation for the Olympiad three new people joined the group. Although we danced together for the first time it was very funny and harmonious.

In April our partner center ‘Open World’ gave us an opportunity to train in a big hall, 350 square meters, for a free offering. Now every week there will be open Khaita sessions for everyone interested. And on May 11th, we held a Khaita and Vajra Dance master class there.

We’d also like to conduct short two day-long workshops for Community members in North Kunsangar. We hope that adopting Adriana and Tsering’s experience, we will better understand how to organize and realize our ideas in the best way.

We feel very happy the Rinpoche gave us this wonderful opportunity to dance, collaborate and enjoy. We hope that Khaita dances will inspire and bring joy to more people in Moscow and around the world! 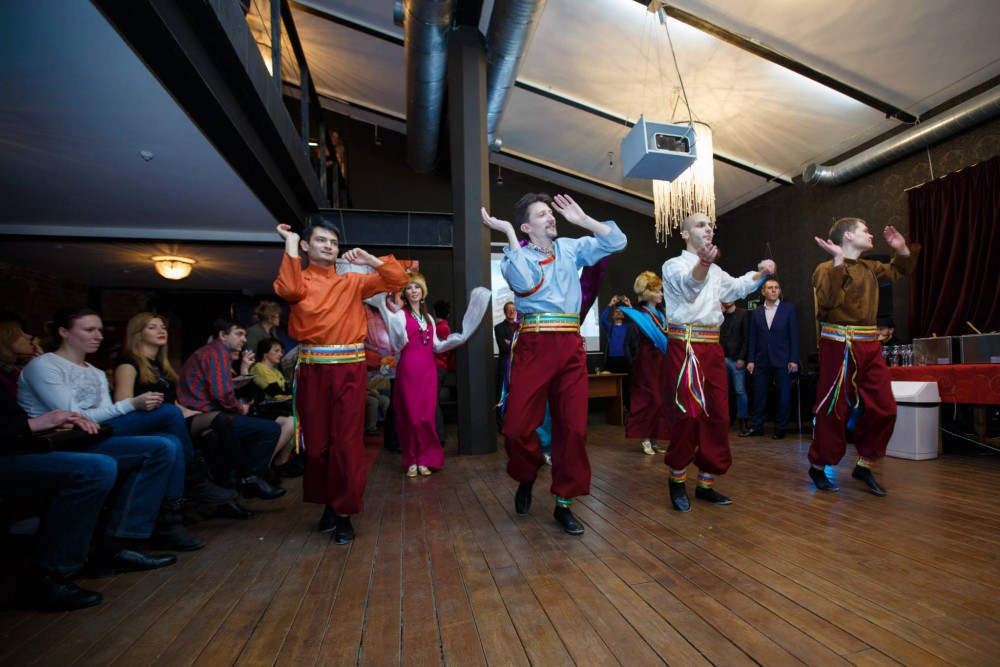 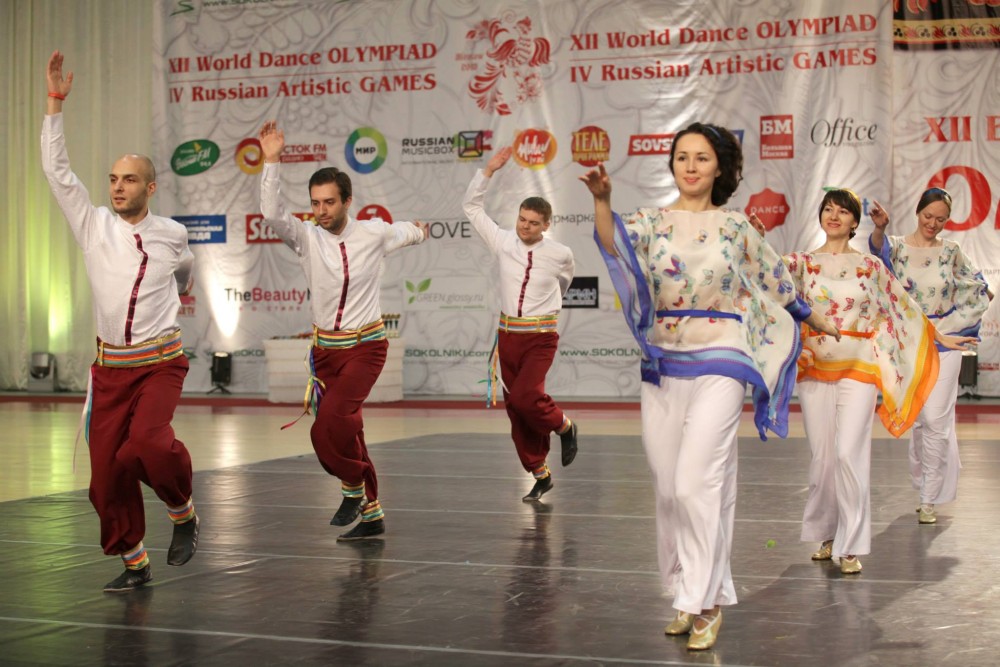 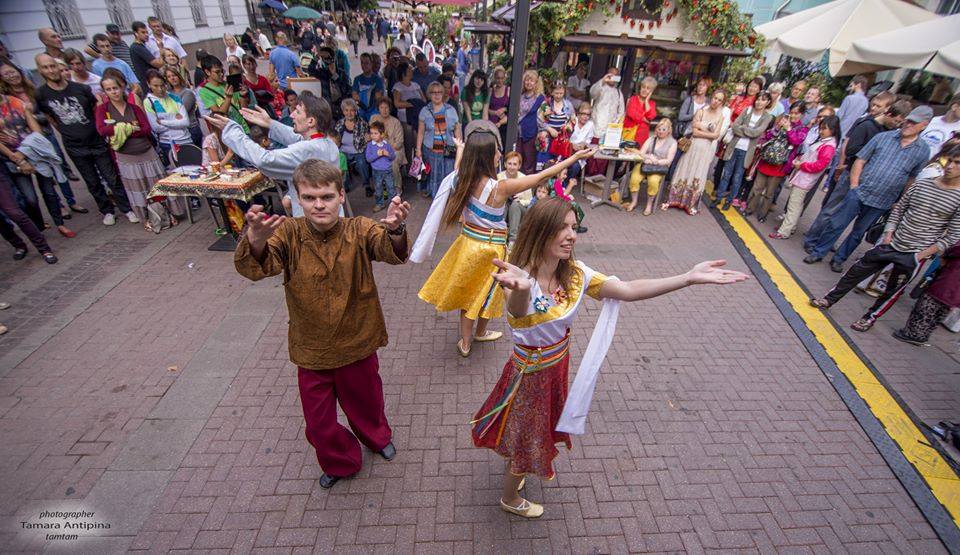