Experiences on the Yantra Yoga courses in Shanghai and Beijing, Sept.—Oct. 2016

When Fabio Andrico was in Shanghai last year giving the course “Breathe and Lungsang”, despite the fact that there were only four days for the teaching and practices, we had an experience and improved quite a lot. We became more flexible and had a more concrete understanding about the complete breathing despite such a short period of practice. Then Fabio mentioned it would be a good if we could schedule a long course of possibly 15 days with Lungsang and 1st level teachers’ training, that it would be very beneficial for quick improvement and particularly for having very precious knowledge on Lungsang practice.

Afterwards, Fabio got encouragement and approval from our beloved Rinpoche for the plan. Fabio suggested that we find a nice place in terms of fresh air and not in the city. Finally based on his suggestion we found a very suitable place in a hotel close to the forest. Pure air, nice view, very convenient for the students staying in the hotel, and having the course in the hotel as well, it saved quite a lot of time back and forth in traffic.

Within the fifteen-day course, Fabio taught nine days on Lungsang, starting by practicing very precious breathing using different methods, positions, and movements. Day by day Fabio gave very detailed instructions regarding every movement in Lungsang with correct breathing, and on how to understand the principles and benefit by practicing. His broad knowledge on different Yoga schools, on scientific research and studies, the clear differences and their relation to Yantra Yoga really impressed us a lot. We started to understand how Yantra Yoga works on the relative level and its final goals. Most importantly we learned how we should do the 8 movements with the correct breathing associated with rhythm. It is very interesting that by comparing the 8 movements and 9 breathings (9 times exhaling impure air), we could catch the idea much more easily and clearly. 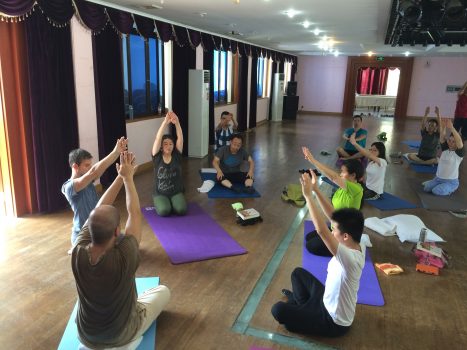 Another feature of the course was that Fabio asked us to learn by “teaching each other” – repeat what had just been taught. In this way, almost everyone somehow became “expert” in demonstrating the practice. This became a very useful method to make us not only learn but practice more. 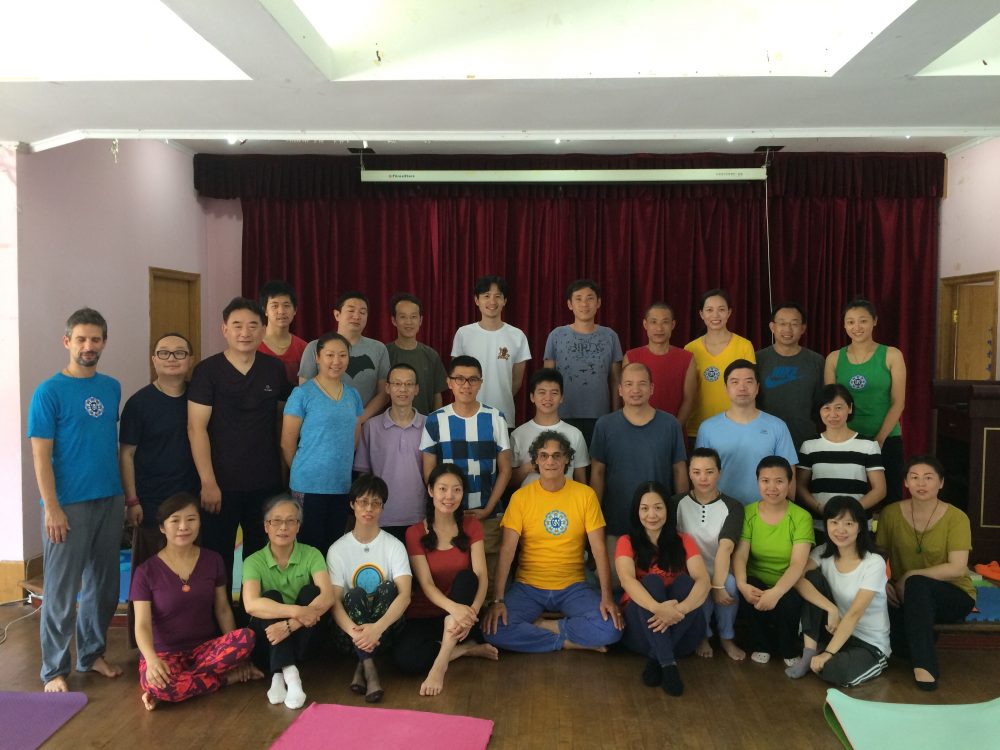 After the 1st part part of the course, the Lungsang, we continued to participate in the 2nd part -the 1st level teacher’s training. Again, we started with Tsigjong, Lungsang and Tsadul, with lots of practice and, of course, sweating a lot every day. And because we somehow had the base capacity of Lungsang, it surprised us that it was not that difficult to do the movements in sometimes some alternative ways. It was an amazing experience that even though we felt it was very hard and sometimes felt really tired by practicing, but at the same time we were more relaxed. In this part of the course, every practice – the movement, the rhythmic breathing, the different holdings of the breathing – were pointing to Kumbhaka. It was a very clear image that was demonstrated by Fabio. 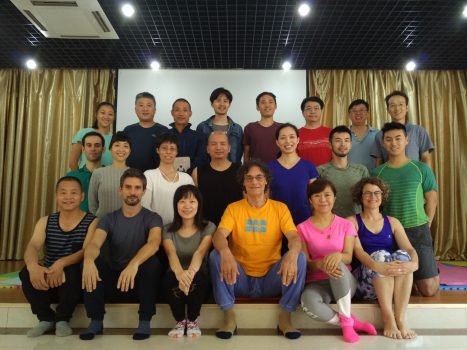 Meanwhile, some of us decided to take the “Kumbhaka and 7th Lojong” course in Beijing. We have to say that although we had already had a 15 day course, this course gave us more knowledge and concrete practice related to the SMS Base 7th Lojong. Using comparisons with different texts and different commentaries, Fabio guided and instructed us in a simple, easy way to make us have clear experiences. 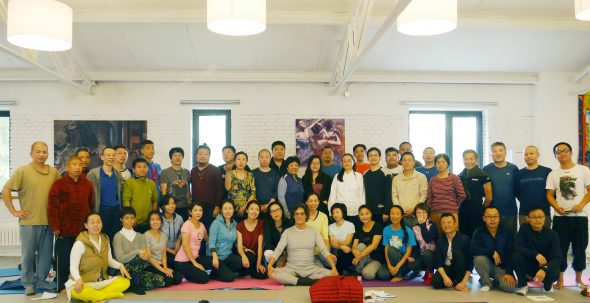 The course of Lungsang, followed by the 1st level Yantra Yoga teacher’s training in Shanghai, the Kumbhaka with the 7th Lojong course in Beijing, and then a course in the 8 movements the morning and
the Lojongs in the evening in Taipei – all these continuous courses with different names gave us a very strong feeling that Lungsang (the 8 movements) is playing an important role in order for us to have a concrete base and deepen our knowledge and experience in Yantra Yoga.

These courses like waves – constantly without any interruption – let us taste the precious teaching of Yantra Yoga with highly experienced instructor Fabio Andrico and we enjoyed it very much. Marvelous!

May all sentient beings have the possibility to enjoy the ocean of teaching and experience enlightenment in their true nature!