Between historical memory and a look to the future. 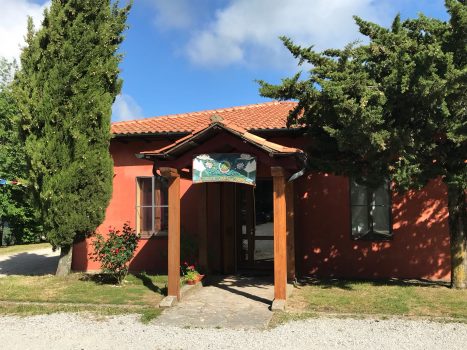 Films, audio recordings, photos, writings and documents. There is a great wealth of different materials in the Shang Shung Foundation Archive at Merigar West. There are forty years of history of the Dzogchen Community, beginning with the testimonies of master Chögyal Namkhai Norbu’s first students who, in the 70s, felt the need to make known what was happening and what was changing their lives. This desire for sharing has never stopped.

From every part of the world, hand in hand with the growth of the International Dzogchen Community, documents about the Master’s Teachings have arrived and continue to arrive also in the form of stories, games, dialogues or simple looks or gestures. 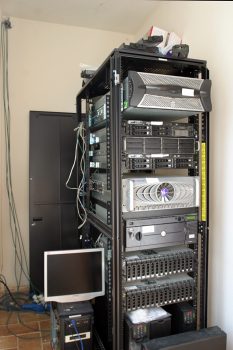 The great events that the surprising spirit of collaboration of the Community has made possible can be found in the Archive at Merigar: conferences, cultural, intercultural and interreligious events, small and large, fun moments, and celebrations. The testimony of how the Community has interacted and developed with the places, the people and the institutions that have hosted it clearly emerges.

A jewel of the Archive are the wonderful journeys to places of great spiritual and historical importance undertaken by the Master with groups of his students, and in some cases documented by the Master himself.

There are recordings of the Teachings of important Buddhist Masters, who were hosted in the places of the Dzogchen Community. And then the recordings of the Instructors’ courses on the different practices, on Santi Maha Sangha, on Yantra Yoga, Kumar Kumari and the Dance of the Vajra.

The material, which has mostly come from practitioners, has become a communal patrimony, accessible to everyone. Over the years it has been organized and catalogued thanks to the work, interest and dedication of other practitioners and thanks to generous donations.

In 2002 there was the first project to digitalize a part of the material collected, converted and recorded on CDs and DVDs. In 2008 the first Server arrived to preserve original digital material that was beginning to be produced. 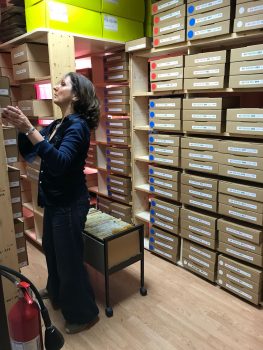 In 2013 two important workshops were organized that were a source of inspiration for a general reorganization of the Archive. The first, held at the Castle in Arcidosso with international experts in the field, focused on digital archiving. The second workshop, which was held at Merigar, was conducted by two internationally renowned archivists, Bruna Colarossi and Peter Horsman.

Then in 2014 Trenpa was created, a digital storage platform developed internally at the Shang Shung Foundation, with the aim of further improving the process of ingestion, archiving and preservation of physical and digital multimedia material.

At the same time, with the setting up of some workstations, a process started of converting analog videotapes that were in the Archive and which risked the demagnetization of the magnetic support and therefore their illegibility into high resolution digital format.

The number of digitized videotapes in the Archive is 6200. 1470 still need to be done. The digitization of 12,000 audiotapes, however, has concluded. Parallel to the digitization, the relevant metadata has been inserted into Trenpa, in order to allow a quick search.

In 2015 there was a total reorganization of the physical Archive. The audio and video material was rearranged by topic, in chronological order and according to 15 different formats. Everything was placed in labeled boxes indicating essential data. The photographic material, however, was divided into collections, with a description of the subject, the author, the period, the place, the format, etc. 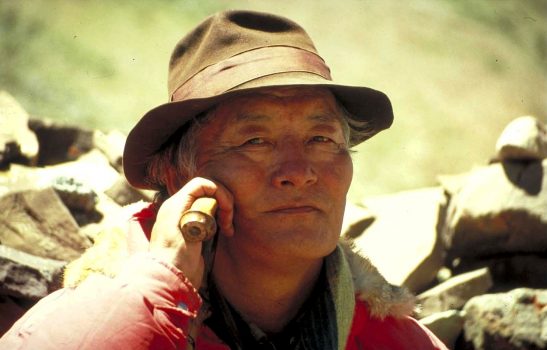 A photo of Chögyal Namkhai Norbu from the digital archive

In 2016 a Classification Scheme was created and introduced into Trenpa. It is a system of organizing the archival material, which makes the placement of and search for documents much simpler and clearer and consequently the preservation of common memory more secure. The Classification Scheme is a simple but professional tool, which gives homogeneity and continuity to the cataloging of documents over time and which can be made available to all the other Archives of the International Dzogchen Community, something which can be very beneficial.

The work done was impressive but it is not finished. There is still much to do. More than 300,000 digital files still need to be indexed! At this moment the human and economic resources of the Archive are very limited so it is fundamental that all those who care about the conservation and development of our heritage contribute.

Our call for collaboration is aimed at the entire Dzogchen International Community but above all the Community of Merigar, where the Archive was born and continues to grow.

Preserving the integrity of historical memory with modern instruments means guaranteeing the possibility of continuing to be present in a changing world.