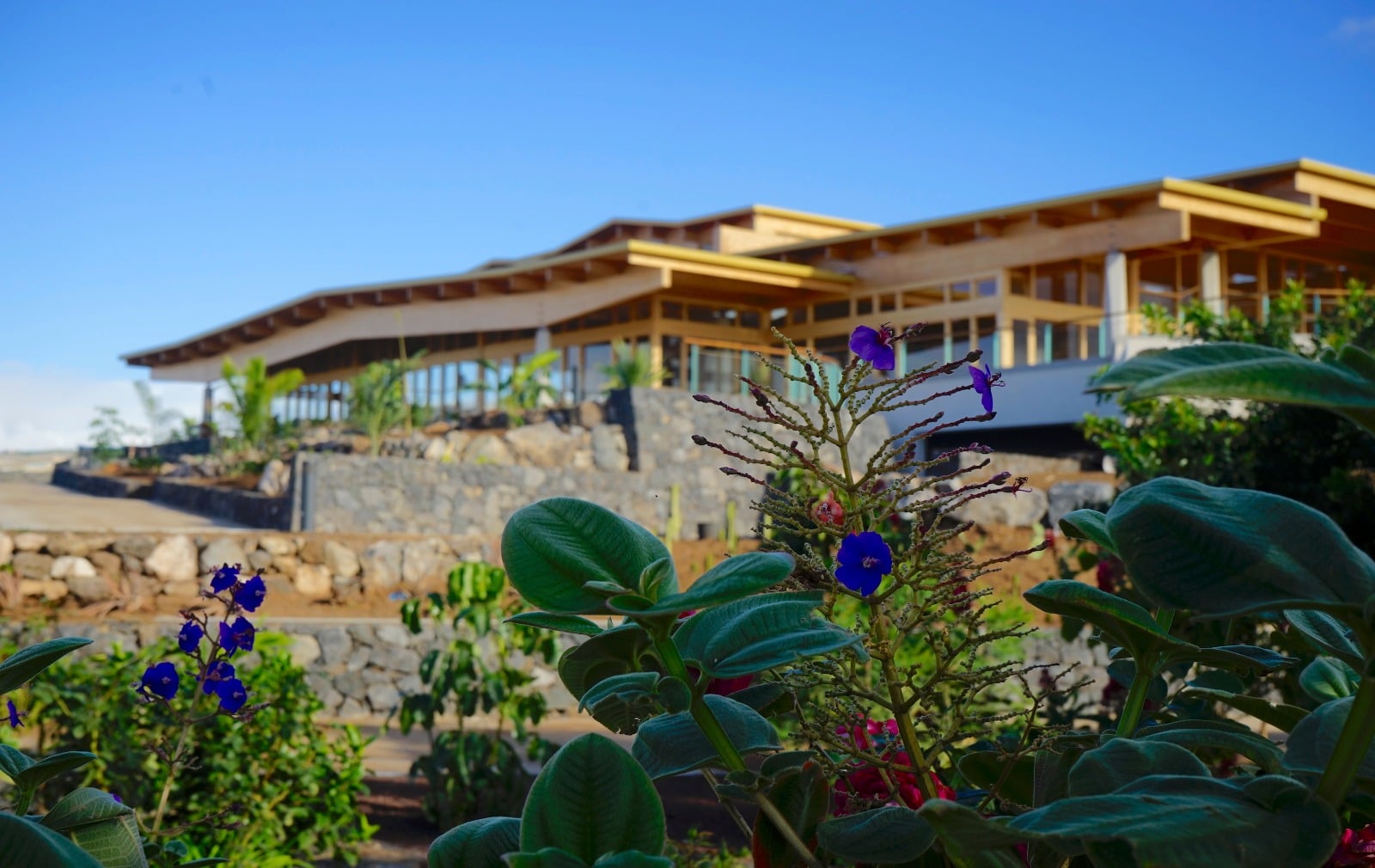 I arrived in Dzamling Gar from London in mid October 2020. Apart from enjoying the daily Dzamling Gar program, I wanted to participate onsite in a Santi Maha Sangha practice retreat that was due to take place in mid November for ten days as well as to attend an international meeting and discussion between SMS instructors which was scheduled in December, soon after Rinpoche’s birthday celebrations. My idea was to stay a couple of months in Tenerife and then return to the UK before Christmas: but that is not how things worked out! In retrospect, these last five months have been a teaching for me about letting go of expectations and adapting to the flow of an ever-changing tide of events…

The 4th level SMS practice retreat in November was really wonderful! It was organized on a collaborative basis and that is how it actually worked out. Over fifteen people participated from all over the world, including Japan, America and from different locations in Europe: some in person and some on zoom. The large meeting room on the top floor of the IG house was made available and it was very inspiring to be able to look out over the ocean while practicing together in an intimate manner. At the end of our ‘retreat’, we all agreed that it was so valuable that we wanted to continue meeting with each other online, and have already scheduled another weekend to get together at the start of April. Apart from the benefit of doing practice together as well as exchanging views and insights, these ten days were also a nice way of simply getting to know one another better on the level of collaboration.

Elio’s passing on November 27th came as a massive shock!  He had always said that if he caught covid he thought he wouldn’t survive. I felt very sad for some time afterwards, as his death represented not just a personal loss but also a loss for the whole Dzogchen Community.  Shitro practice became a regular part of the Dzamling Gar programming … which continued as other deaths followed, including the passing of Silvia Sergio, a long time resident of Dzamling Gar. But there was also a birth too with the coming into the world of the beautiful baby Gabriel. He is a magical reminder that life always continues despite all set backs and difficulties and that it is always changing.

In the lead up to Rinpoche’s birthday on the 8th December, I led a weekend of Tara practice and explanation. There is very strong and natural association between Rinpoche and Tara, not only because he received the name ‘Namkhai Norbu’ as a direct blessing from Tara, but also because his whole life exemplified kindness towards others, whoever they might be. For me, the high point of Rinpoche’s birthday celebrations were the new Khaita dances, performed in beautiful costumes. To be able to perform just a few dances in a professional way takes months of dedicated practice, and all the people present in the Gönpa were tangibly moved and lifted up by watching them. It was also good to be able to enjoy some kind of social gathering in honor of Rinpoche’s birthday, although brief, especially due to the fact that it had not been possible to hold Ganapujas on site in the Gönpa for months.

The covid situation has not been easy for anyone and managing the on-going activities of the Gar in light of the ever-changing regulations of the Spanish government is a credit to the Dzamling Gar Gakyil and all those who hold administrative positions here. For over a year now, most events have taken place via zoom or webcast with only a handful of people attending events live in the Gönpa. Nevertheless, a constant stream of practice and teaching activities go ahead seamlessly on a daily basis, as does the physical work involved in keeping the ‘show on the road’ on a day-to-day basis: gardening, cleaning, paperwork, emails, building and maintenance to name but a few. The cafeteria has also continued to provide a valuable social focus throughout a difficult time, even taking into account the covid regulations. The regular Friday night feasts gradually turned into a festive scene over the winter with delicious food, fairy lights and upbeat music adding to a joyful atmosphere.

After the international SMS meeting towards the end of December, I was ready to return to the UK and had already booked onto my return flight to London in time for Christmas. Then I received the news that my daughter’s family had been in touch with a woman who had tested covid positive. I had been planning to spend Christmas and New Year with my family, but now my daughter too had to take a covid test and wait for the results, while self-isolating. But because it was just before Christmas the results of her test were delayed … and delayed … so I had to put my flight on hold while I waited to hear the results of her test. It was past New Year by the time she heard that everything was all clear! In the meantime, I had fortunately been offered an apartment on the Gar itself, although I myself had no idea how long I would be staying…

Then in early January, the covid situation in London took a dramatic turn for the worse with the emergence of the so-called ‘Kent variant’ which was 50% more transmissible than the former version of the virus. All countries and nations immediately blocked all flights to and from the UK in an attempt to stop the spread of the new variant.  Although I had a return ticket to London there were no flights! I began to experience very vividly how everything was beyond my control, especially regarding my ability to make any kind of plan: something that I had taken for granted in the past.

I had never spent much time living on the Gar before. I have stayed in many places nearby over the past years, and always just for a few weeks at a time. As January turned into February, I started to feel like I was living here in Tenerife, rather than just visiting. I began to discover other parts of the island that I never knew existed before: picnic spots in the mountains and beautiful wild places on the island, especially around Santiago del Teide, that presented a completely different naturalistic side to the island, as opposed to the more tourist-orientated coastal towns and beaches with which I was already familiar. At first I thought I would return to London directly after Losar, but then the Mandarava retreat started, and there seemed little reason to leave. In fact, Dzamling Gar was emerging as a ‘place of refuge’ during this period, quite unexpectedly!

Over the past few months, I have been involved in launching a new open SMS project called ‘Meditation for Daily Life’ , a 6 part modular course, which is a collaboration between Dzamling Gar and Shang Shung UK.  It is very interesting, but not always so easy, to work with a number of other instructors in formulating and running a new program, as everyone has different ideas of what they think is important: but so far at least it has been a very inspiring experience. I have also been really happy to have had the opportunity to get to know other members of the sangha here on the Gar a little better, not necessarily always by talking with them that much, but just by being around them on a daily basis. I have also appreciated being able to meet my friends here with such ease, as opposed to in London, for example, which still remains in strict lockdown. Even now at the end March, no contact is allowed with anyone apart from members of your own household and no travel is permitted beyond your immediate neighborhood.

Since Brexit and due to having a UK passport, I am required to leave Tenerife before March 31st, when my three month travel allowance in Europe runs out. So I booked a new flight to London at the end of March … yet within just a few days, my rescheduled flight to the UK was again cancelled! Now I have another last minute flight booked … but who knows what will happen next? My only certainty is that nothing is certain!