The recent five day ‘Presence & Awareness’ retreat held at Namgyalgar from November 10 – 14 was a resounding success enjoyed by almost 70 people. This is the first time such a retreat has been held at Namgyalgar which was arranged following the example of Merigar West and other Gars and Lings who held similar ‘sangha retreats’ when Rinpoche’s schedule was cancelled this year.

The focus of the retreat was cultivating presence and awareness in daily life and a dynamic program led by a total of ten instructors was offered. This included Santi Maha Sangha teaching and practice, introductory Vajra Dance and Yantra Yoga for beginners, and practice and refining sessions for those experienced. In addition there was Khaita joyful dancing, morning Sang and evening Chöd practice. 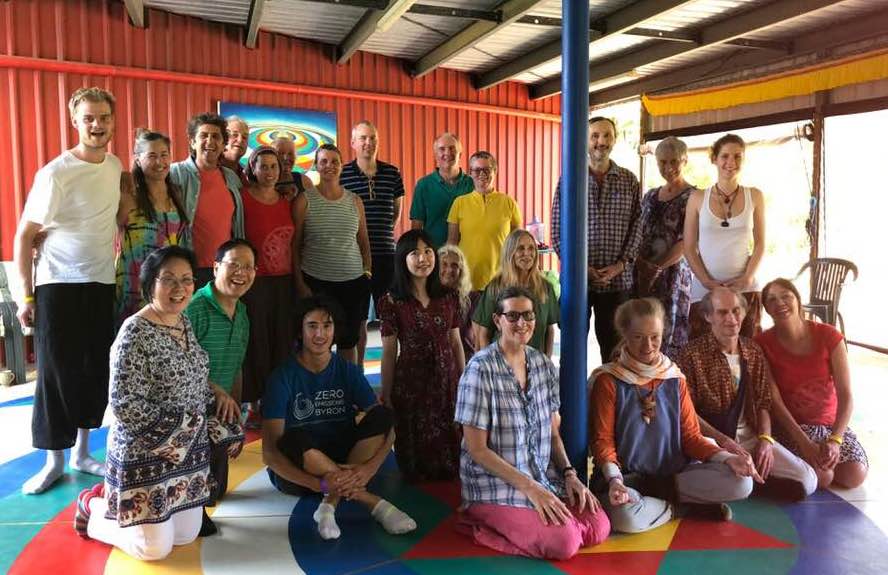 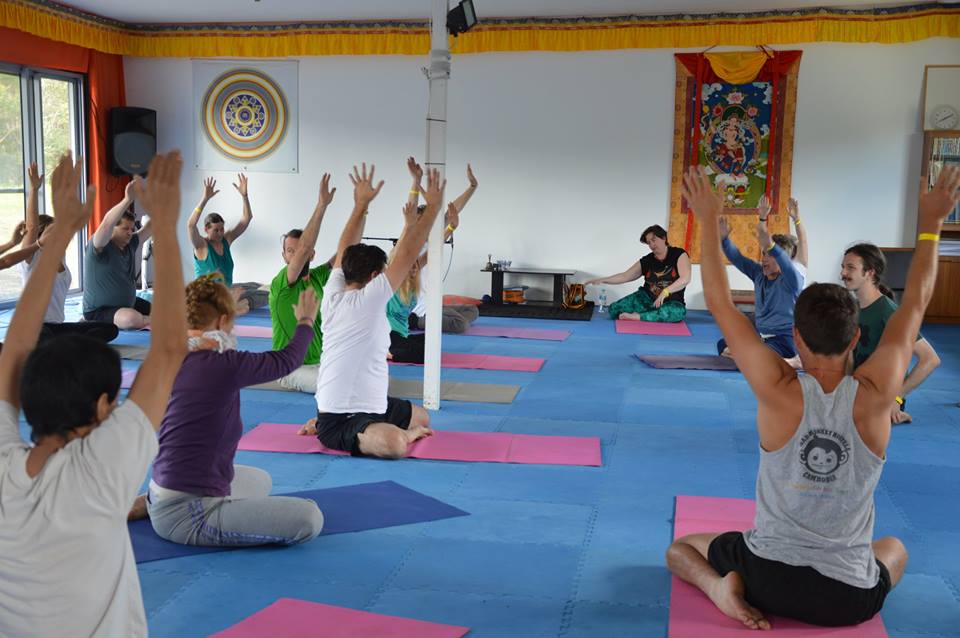 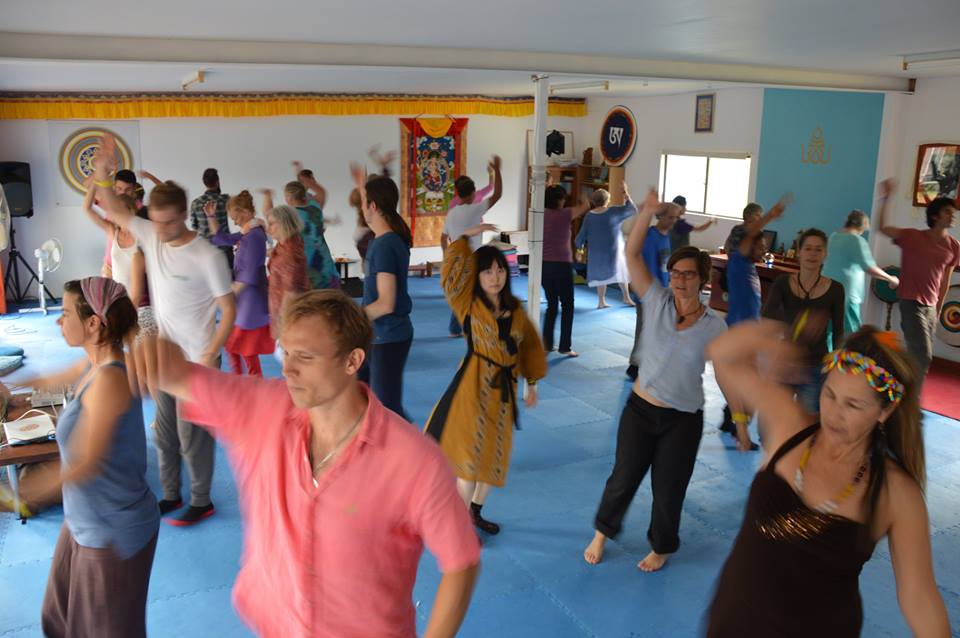 On the last evening there was a Ganapuja followed by a humorous fundraising auction, in conjunction to a separate ‘silent auction’, which people donated generously to. Many items auctioned belonged to Santi Maha Sangha teacher Elise Stutchbury.

Also auctioned were the curly ends of the moustache of Yantra Yoga instructor Sean Read which was trimmed as people bid!

The coming together of the Community of practitioners enabled the participants to nourish and strengthen their practice and vajra connection, and was inspiring and encouraging for all, near and far, who follow the Teachings.

A heartfelt thank-you to all the instructors and to everyone who contributed to the smooth running of the retreat, as well as to the generous sponsors.

And immense gratitude to our Master to whom the retreat was dedicated.