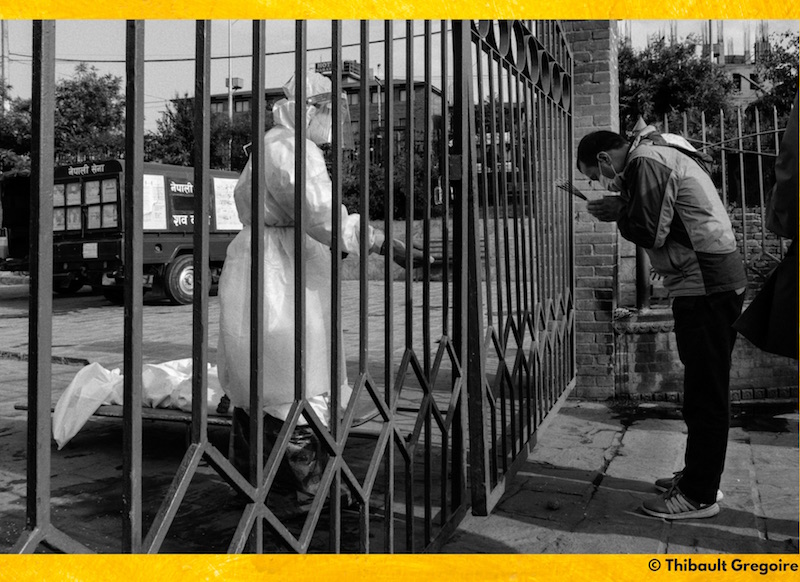 In Nepal, the Indian variant of Covid-19 is unfortunately causing a real catastrophe, the growth of infections is exponential and is affecting the most fragile sections of the population.

The government has announced that the health system is overloaded and reached a critical point: just think that with 30 million inhabitants, Nepal has only 1,600 beds for intensive care, fewer than 600 ventilators and 0.7 doctors for every 100,000 people, a lower rate than India.

Hospitals are no longer accepting new patients, due to lack of beds, supplies, and above all due to lack of oxygen. Consequently, infected people remain in isolation in their homes, and, without timely and sufficient treatment, are at high risk.

This is the story of the doctors of the Balkot Primary Health Center, in the rural district of Arghakhachi:

“Due to the lack of oxygen we sent 9 people to the state hospital which is 5 hours from here. Unfortunately, three of them did not make it and died on the way to the hospital. If we had had a system supplying oxygen we could have saved their lives.”

Added to this is the difficult economic and social situation of a country that is already among the poorest in the world, and that with the new closures and the blocking of tourist activities is literally on its knees. 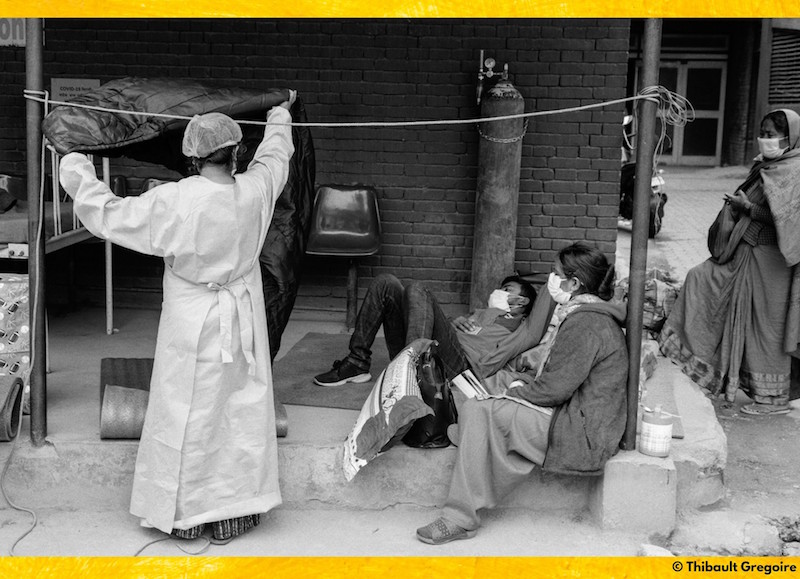 ASIA has been working in the different Himalayan districts of Nepal such as Rasuwa, Sindhupalchowk, Kavre, Sindhuli and Dolpa since 2010 and is deeply rooted in these territories, where it collaborates with local health organizations, governments and institutions and with community hospitals.

We launched a fundraising campaign, and thanks to the prompt response of many generous donors, we organized the first important intervention: the purchase in Germany of 40 oxygen concentrators, equipped with fans and all the accessories necessary for their use, which are being sent to Nepal and distributed to 7 community hospitals in the rural districts of Sindhupalchowk, Rasuwa and Arghakhanchi.

This is the first step but there is still a lot to do: hospitals do not have safety devices – pulse oximeters, coveralls, headgear, masks, gloves, sanitizers, etc. – which we are committed to distributing as soon as possible.

And we are also preparing to face the socio-economic emergency triggered by the pandemic.

This is the appeal of the ASIA Program Director in Nepal, Nabaraj Acharya:

Our Nepalese friends need us!

For info write to l.fidanzia@asia-ngo.org