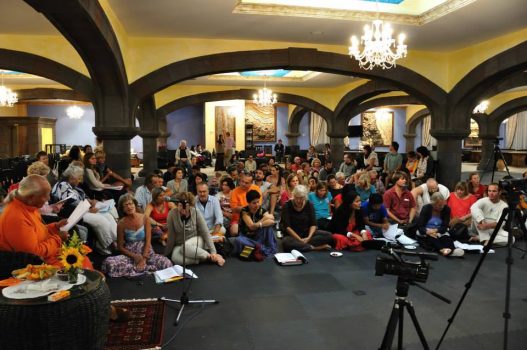 Those familiar with Khaita Dances know that Message from Tibet (MfT) is the title of the first series of 108 songs collected by Chögyal Namkhai Norbu starting in 2011 and may also know that the book was recently revised and republished by Shang Shung Publications.

Some people may also be familiar with the term Mekhor (M), which includes 180 songs, divided into 3 groups or Metreng of 60 songs each, and is the collection that we have sung and danced with the Master for years.

In 2017, our Teacher decided to modify this second collection and insert a third one: Barsam, which literally means ‘bridge between’, since it is the link between Message from Tibet and Mekhor.

He therefore dedicated his time in the last months of 2017 and during 2018 to this reorganization, which consisted of moving from the Mekhor about thirty songs, all of which had circle dances (kordro), and inserting them, together with other new songs, in the Barsam collection. He then filled in the empty spaces with completely new songs or with others he had worked on in previous years.

As we all know, 2018 was not an easy year for Rinpoche and his work was often interrupted due to reasons of health. For this reason, some files in the Mekhor and Barsam collections were unfinished and some places in the Mekhor remained empty.

Thanks to the collaboration with some Tibetologists (Lobsang Zatul and Fabian Sanders) we were able to complete the first 70 songs of the Barsam and present, with much joy, this beautiful collection of songs and dances on the occasion of Rinpoche’s birthday, 8 December 2019.

This year we worked to complete the unfinished files in the Mekhor, which we call Mekhor 2018 to distinguish it from previous versions, but there were still about twenty empty folders … what to do, present the collection like this or try to complete it?

I chose to fill in the empty spaces according to some criteria: I found songs that Rinpoche had already worked on and that he loved very much but had not included for reasons of space. Other songs had ‘escaped’, as the Maestro said, that is, they had accidentally left the collections during the various reorganizations of the material that Rinpoche continuously made. Some of these ‘escaped’ songs were subject to scrutiny during the exams of the Khaita instructors.

I chose to dedicate an empty place to honor the immense work and time that the Master dedicated to Khaita  with a song of Kyidjam.

Rinpoche really loved the songs by Kyidjam, a singer with a special voice, and said several times, “It would be nice to include her songs but they are not easy for us to follow”. However, among the Master’s files I found some songs by this singer with tones that are easier for us to sing, so I thought of inserting one of them to represent our homage and infinite thanks to Rinpoche.

Do not miss the appointment on 8 December 2020, when we will start singing the latest version of Mekhor! You can follow it on the webcast or via Facebook texts and music Here: khaita.com 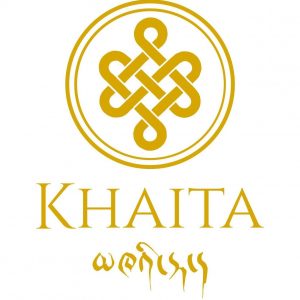