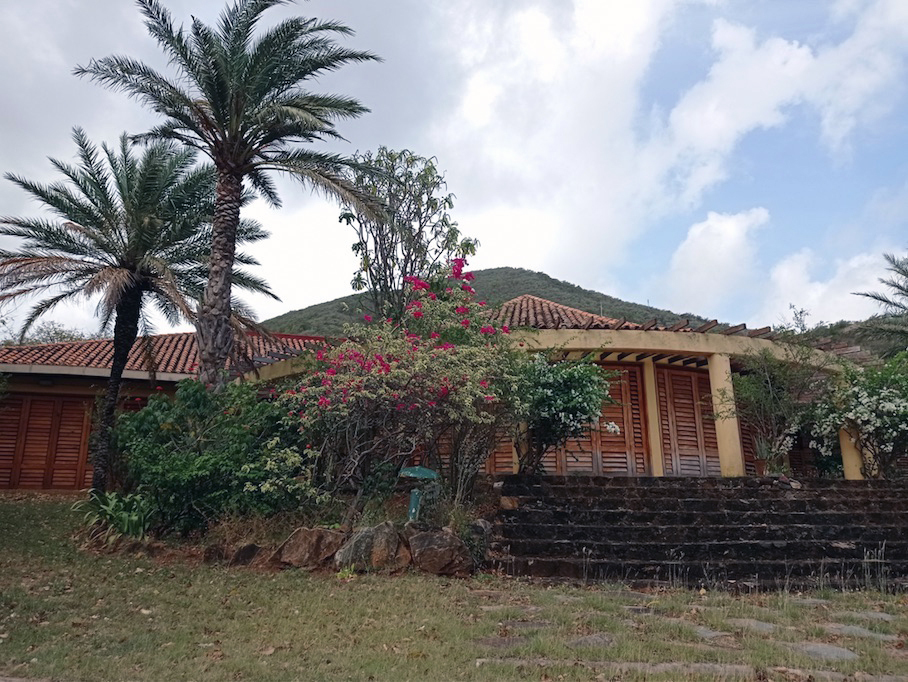 Dear Tashigar Norte Family, I hope this message finds you happy and in good health. It has been some time since our last report but the situation has not changed much for us since then.

All residents remain healthy and with a good attitude despite difficulties. The rationing of electricity and gasoline has decreased, but sporadically they appear and delay the regular execution of our daily tasks and activities. We usually have a strict quarantine week and a free week. During strict quarantine, activities are paralyzed and it is difficult to maintain an organized work schedule. In special cases, such as the recent past three weeks, the regime radicalized three weeks in a row with suspension of fuel sales. There, yes, things get a little more complicated for us. Our internet access is limited to 12 hours per day, with an acceptable but unstable connection.

Recently, on the occasion of Losar, we had the opportunity to share the Divination Soup at Steve and Fanny’s house, whom we deeply thank. The occasion served to say goodbye to Dmitri and family, who returned to Russia after several months waiting for the occasion. With mixed feelings for his departure amid the sadness of “a see you later” to the larger Gar family; and the fact that Dima had taken on various responsibilities within the Gar operation, but pleased that he was able to meet Gosha to be by his side during his final weeks. In the attached link you can find  the article that Manuel Teruel wrote for Melong for the occasion of Losar: https://melong.com/losar-at-tashigar-norte-2021/

Our collective spiritual activity remains limited. We do all the Ganapujas of the calendar in the Gönpa, and from the departure of Gosha, Shitro every Saturday for 7 weeks. In the practice we also include especially all our brothers who rendered an invaluable service to Tashigar Norte like Antonio, Aloka, Angela, Jean Francois, Catherine and Beata among others I may forget now. There is often a Thun of Dance and Yantra Yoga. Individually we follow as much as possible the practices and study groups programmed virtually from abroad. 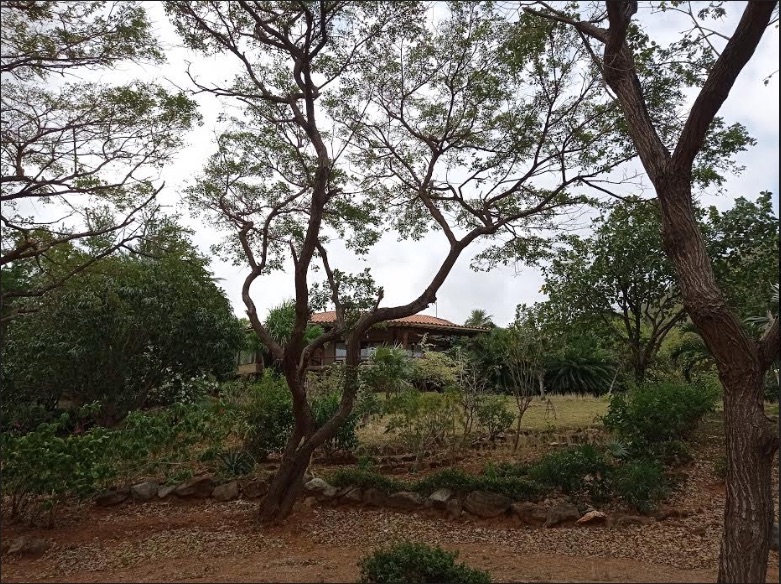 Currently are residing in our Village: Delma, her daughter and her 2 granddaughters in the house in lot 2; Tatiana Contreras, recently returned after being trapped by the pandemic in the west of the country for over a year in the home of Elías and Mayda, resuming her service work as Gekö; Berta and Manuel at Mark’s house; Rolo (administrator and manager of self-sustaining projects) and Marina (Tashi Refuge) in their house located in lot 36; Douglas Uzcátegui, who collaborates with us, assuming in addition to his role as head of security the role of  Red Gakyil and the additional tasks that Dmitri had assumed, on both sides of PCTN village and the Gar; Valentina, a local girl who approached us for her interest in Teaching and helped us significantly on the 2020 fundraising campaign lives at Paola and Raúl’s house; and finally Gloris who acts as Blue Gakyil and takes care of Rinpoche’s house.

Our work team is complemented by 6 guards and 2 gardeners, payroll workers from both PCTN and ACNTN (4 in each association) and we also have the permanent collaboration of Maura, Gustavo, Ramona, Maritza and Armando in the care of the gardens and the cleaning of private properties within the urbanism. They are joined by Mr. Luis Zacarías who works with us part-time. He is an important support for Red Gakyil and Geko. Electrical and plumbing specialist, but with a number of additional practical knowledge. A multitask guy.

A few weeks ago we were victims of the theft of two water pumps, one of which used to irrigate the Master’s garden and the other to the public baths, as well as the theft of an air conditioning compressor from Tania Fedorchenko’s house. The thieves entered through one of the spaces without video surveillance on the side perimeter of the Gar near the pool. Although it is true we have not been able to recover the stolen objects, we are working on replacing the irrigation service by relocating other pumps that have been available since we changed the water distribution system from pumping to gravity. We have also invested in the purchase of three additional IP cameras that will help us monitor the still vulnerable areas. They are being imported from Peru since it has been impossible for us to find them here, and in the constant postponement of their purchase, waiting for them to appear in the local market, the theft happened. Obviously we are reinforcing the spaces where the theft happened with stronger protection, even extending the electric fence where it is possible. The fence works as intended, more as a deterrent, but continues to maintain its vulnerability, even more so if the perpetrators of the theft know how it works. We are certain that the perpetrator of the robbery was a former security guard that we fired two years ago after his involvement in a robbery on Dick Drury’s farm was proven. We continue to do the best we can, with the resources we have, but we will always have a level of vulnerability, even more so if we do not cover a longer period of time with two guards per shift, which would allow us to have one guard permanently at the gate and another making rounds. . This would dramatically decrease the possibility of more future thefts but would increase our operational cost. The village itself is more secure due the presence of dogs, both from the Refuge and from private people. 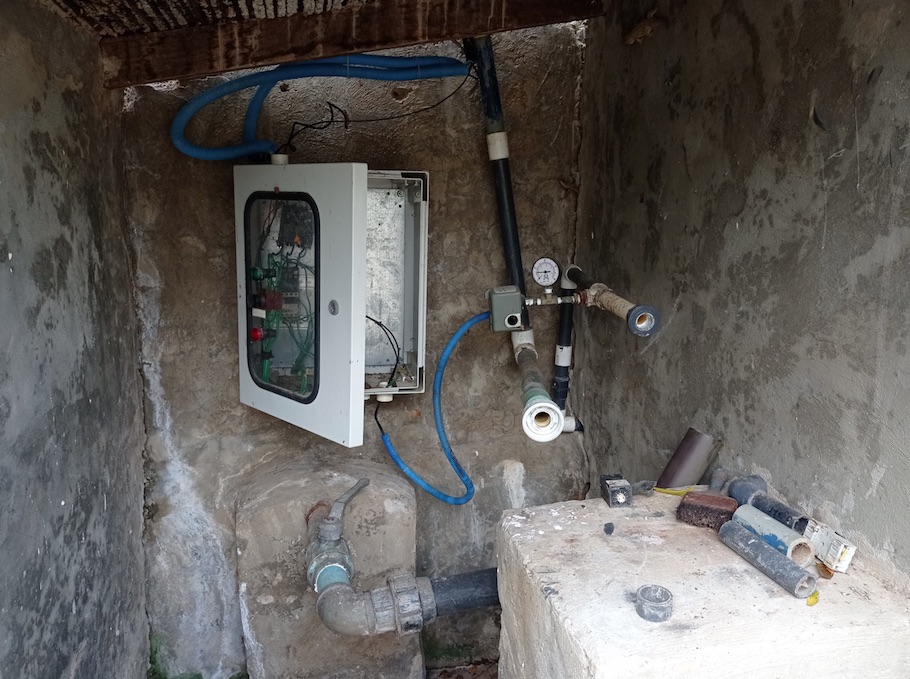 At the level of sustainability projects, we have been working on many fronts, but so far we cannot achieve anything. The most ambitious project that required the investment of a third associate from outside the Community in the amount of US $ 45,000 for the cultivation of 4 hectares of vegetables for sale in local supermarkets was frozen due to the indecision of the investor. We presented to the PCTN Board of Directors and the International Councilors another smaller-scale project for the production of 1 hectare that required an investment of US $ 20,000 but we dropped the idea due to our precarious financial situation. About a month ago a tourism operator visited us looking to relaunch the project of renting some VIP houses. We are working on the proposal to launch a specific offer on what complementary services, in addition to the rental of the houses, we can offer. Unlike previous attempts, this operator works with the international market and provides air tickets and transfers. Unfortunately, immediately after the meeting, the three weeks of strict quarantine was declared and we have not been able to hold the relevant working meetings to design the offer. Gilberto Parrella is supporting us as a liaison and in the design of the proposal. At the same time, we have not completely abandoned the agricultural project, the group of technicians is still interested, but in the absence of capital our counter proposal was to work on the swales that we already have laid out on the ground (a part in the area of fruit trees, in the surroundings of the churuata, and another where the aloe plantation was located at the height of Bodhi’s house) This layout has partial irrigation installed, and requires a lower investment in irrigation hoses and organic fertilizers. We provide soil, water and a bedroom for the workers. We do not assume any labor responsibility with those who work the land. In the same way as in the previous case, the strict quarantine was interposed and we have not been able to advance on the proposal. 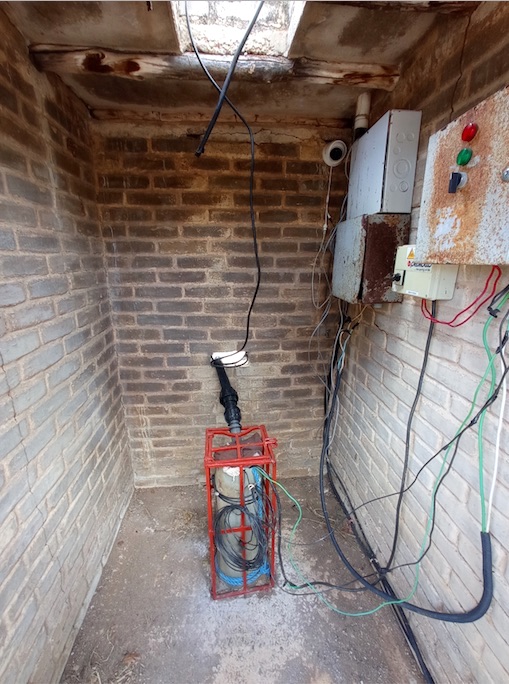 For some years now, some trusted workers and friends brought their horses and cattle to graze in certain areas of the farm. For a long period we were asking them to build a corral so as not to have the animals scattered. As many of you will know, Marina had an accident a few weeks ago with one of the horses. Fortunately after a few days she fully recovered from it. But the episode served to limit the matter. We have demanded the construction of a small corral, with certain aesthetic standards, in the neems forest (in front of the pool, very close to the pump house of well 2) Currently there are neither horses nor cows, but the construction work has already begun by the animal´s owners. We are particularly interested in their presence because they help us considerably with grass control. The authorized population for the corral is 8 cows and 2 horses)

We also have problems with the performance of water wells. Well 1 (which serves the village) is only sending 30% of its original capacity, which causes the urbanism water tank to be partially filled, causing restrictions in the use of water. We found a specialist to see the possibility of maintaining it, he will come in the following days. Well 2 that served the Master’s gardens and house and the public baths reduced its level considerably, forcing us to move the pump to well 3 located about 100 meters away and which had been idle for several years. Fortunately, this well is yielding 100% and it is the one that would provide water, in addition to the public toilets and the teacher’s house, to the tentative agricultural project.

In the residence that the Farr family donated to Tashigar Norte, we have had a number of guests over the past few years. From workers to friendly people whom we install there for security reasons. The property is outside our “safe” perimeter and a constant concern for our security team when uninhabited. A few days ago we installed a couple there who came recommended through some members of the Community, a plastic artist and a percussionist who studied classical Indian music. (Tabla Player) While staying in the space they bear all the maintenance costs. 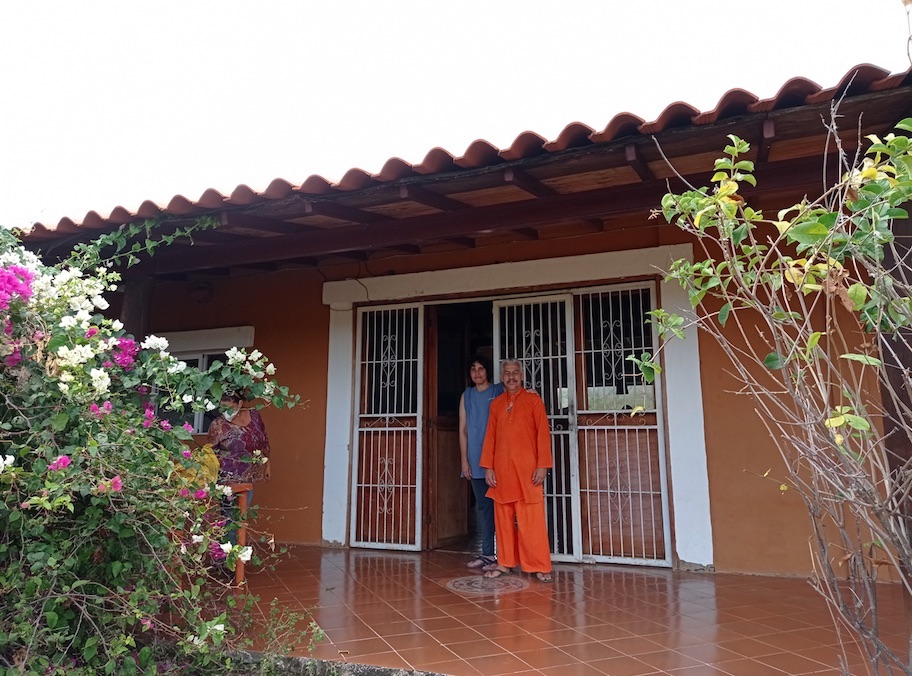 Da and Mona, our new residents in the “Posada”

We continue our crusade to preserve Tashigar Norte as best we can. We encourage you to continue supporting us to maintain the work. It is not easy, especially for most of you who do not have the opportunity to enjoy this paradise that Rinpoche left us as a legacy. The circumstances are not the best, but we encourage you to visit us if it is within your means, to re-feel the energy of what we once were. A little fresh air is always welcome. We miss you.