Town and Country in the UK

The UK community currently has just over 200 members, representing a drop of about 20% in numbers since 2018. But as some of us have upgraded to become sustaining members, the loss of income has not been too drastic. Nevertheless, it does sometimes seem almost miraculous that we are still able to run two lings – our urban, cultural centre in London, Lekdanling, and our rural retreat centre in Wales, Kunselling. Our mortgage on Kunselling will be completely paid off in 2024 – a major milestone.

Lekdanling is the home of the UK branch of the Shang Shung Institute, which continues to put on an eclectic programme. Before the coronavirus lockdown began, the institute hosted several events, including: a talk by James Low; a lecture on “Blake and Buddhism” by Francesca Freemantle, translator from the community of Chogyam Trungpa Rinpoche of the Tibetan Book of the Dead; a discussion of “Time and Beyond” with Dr. Fabian Sanders; and a contemporary approach to yoga from the UK’s main Yantra Yoga teacher John Renshaw, entitled  “Yoga the Scientific Perspective”. We were also visited by monks from the Drepung Kongpo Khangsten monastery, who created an Avalokiteshavara sand mandala for display in the ling, before its dissolution and disposal in the lake of a local London park. 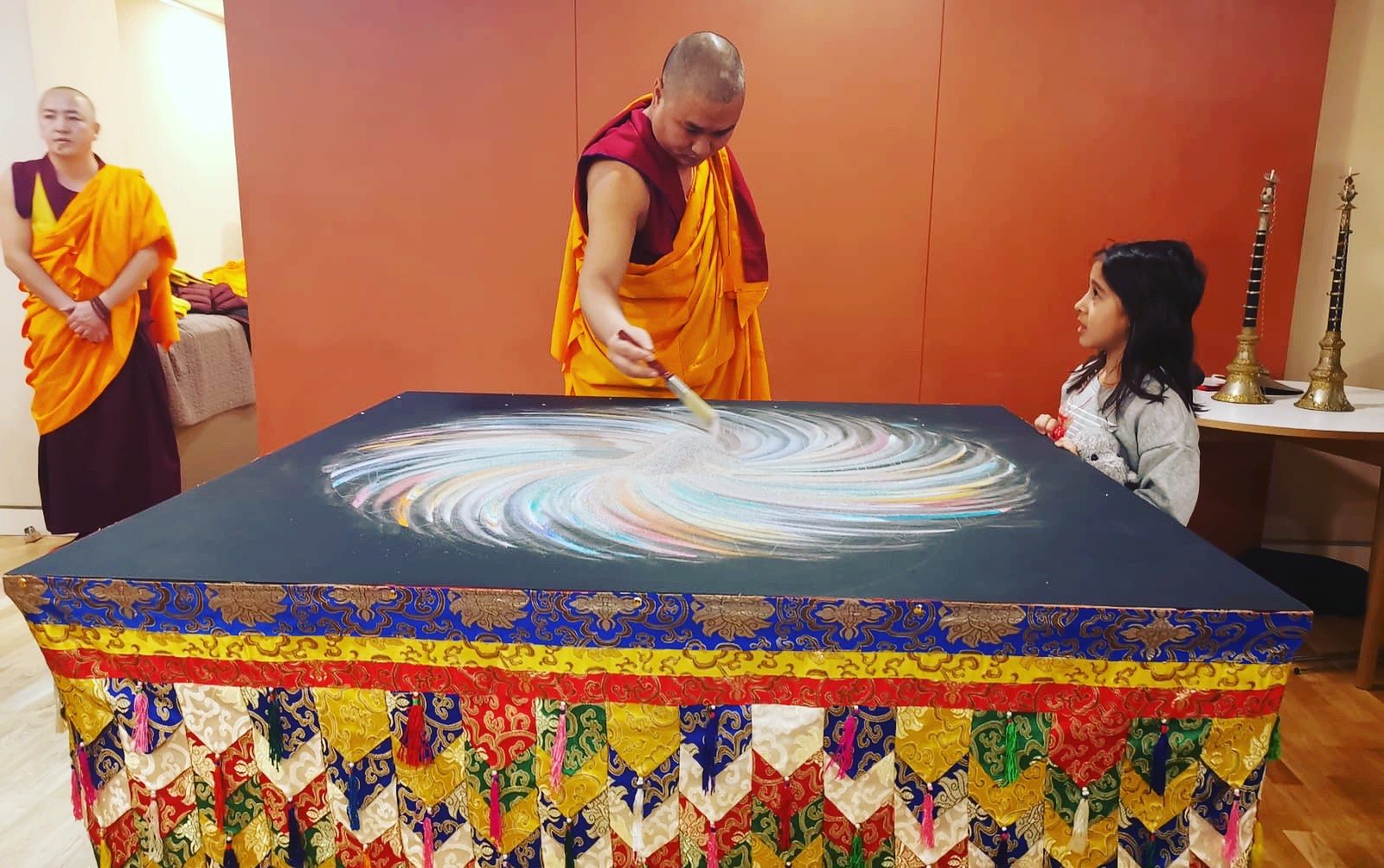 Dissolution of a sand mandala

At Kunselling in February, Liane Graff led a retreat on the construction of the Namkha and the practice of Sang. Kasia Zejmo, a member of the Polish community, was stranded at the ling during lockdown – unable to fly home to Warsaw – and so became a useful caretaker of the property during those empty months. 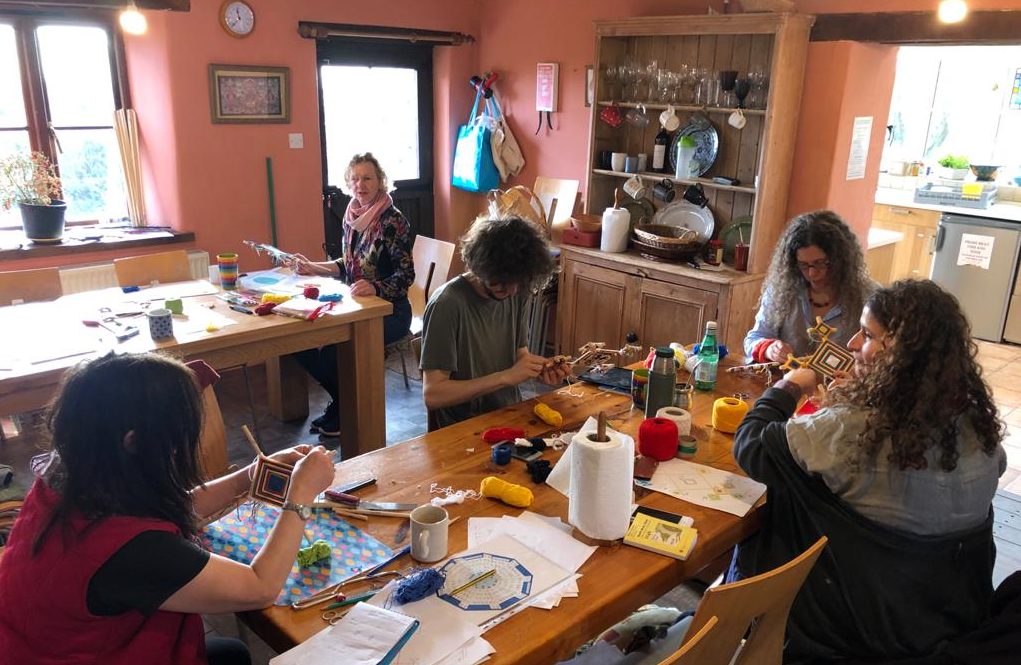 Once restrictions lifted, our members were quick to seize the opportunity of personal retreat in the beauty and seclusion of the Welsh countryside and we were even able to run two careful, masked and socially-distanced Vajra Dance retreats, under the guidance of one of our Vajra Dance teachers Cindy Faulkner. 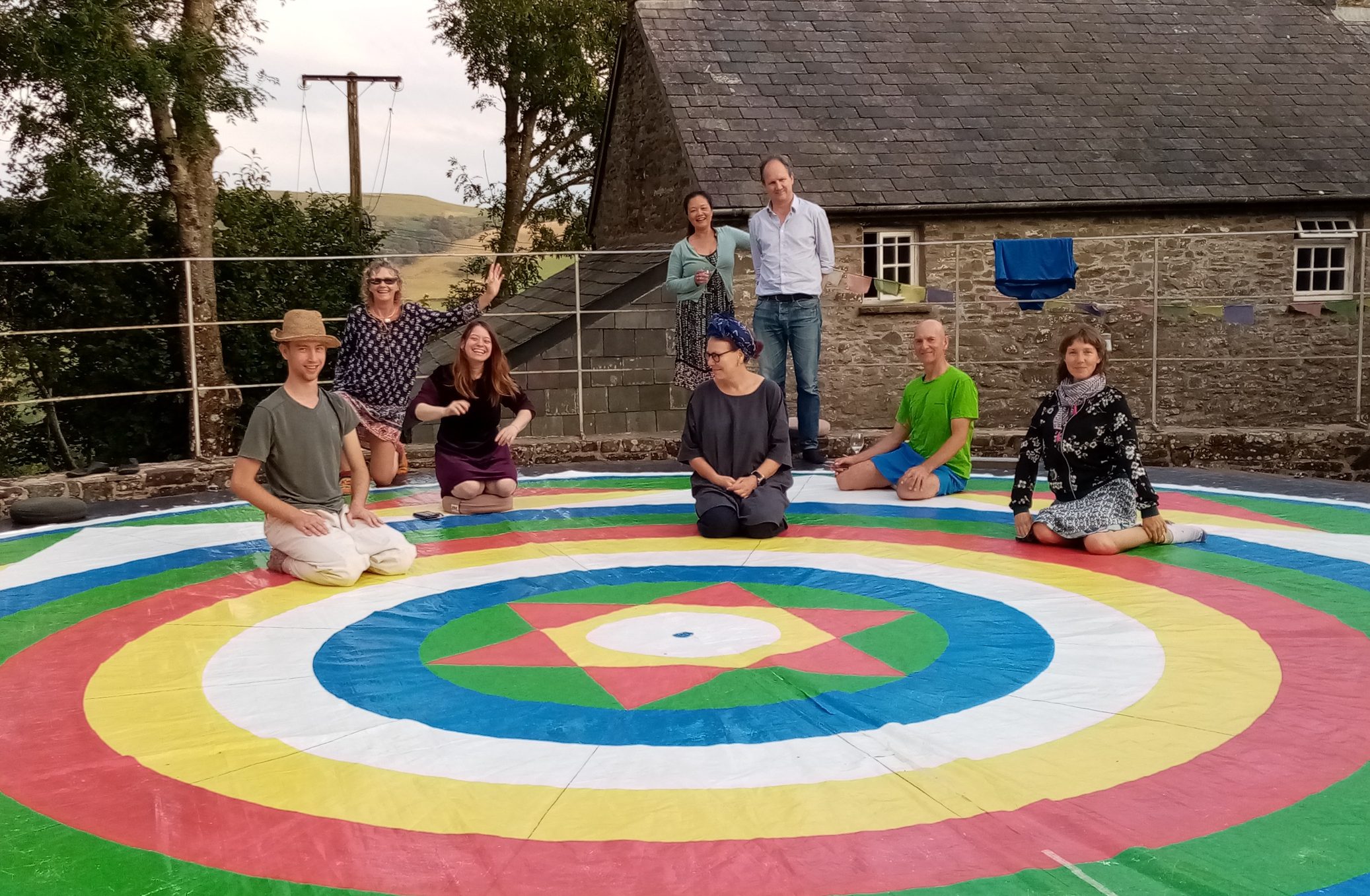 The ubiquitous Zoom has done much to preserve the bonds of sangha and seems now to have given us a new dimension to community life. The Shang Shung Institute has organized a number of broadcasts, such as: “Hanging and Displaying Thangkas,” with Anne Bancroft, Senior Conservator at the V&A Museum; “The Murals in the Temple of Great Contemplation,” with Dr. Fabian Sanders; and “The Dzogchen Murals of the Lukhang Temple,” with SMS teacher and scholar Jacob Winkler.

Meanwhile, Zoom ensured that a superb retreat on Jnanadakini, led by Steven Landsberg, was accessible to many more people than would ever have been able to travel to Kunselling. We are also beginning to do regular online group practice within our UK community, beginning with three weeks of Mandarava practice during the auspicious tenth lunar month. Keeping it fairly informal, taking it in turns to lead and allowing a little time to say hello to one another, this is proving to be a nice way of keeping in touch with friends during these strange times.