The Dzogchen Community has existed for 50 years.

Time measures the passing of the years and with them records the events that take place and the initiatives that have been undertaken. From this point of view it is always surprising and extraordinary to recall the quantity and unique quality of the works created by Chögyal Namkhai Norbu in the most varied fields of application. The article in this issue of The Mirror, on Merigar’s 40 years is an evident, albeit still only indicative, testimony. Each Gar in the Dzogchen Community, each Ling, each of us could add to it other elements and contributions in this direction.

But the Dzogchen Teaching, transmitted by the Master, first in the West, over half a century, to thousands of people, cannot actually be measured within a limited time span, however long it may be.

Living knowledge and the transmission of Dzogchen, our own primordial state, cannot be defined or confined by the logical categories of rational thought. It is simply beyond space and time. The recognition of our true nature brings with it this understanding which takes place in the essential experience of our presence.

However, there can be no doubt about this – our Dzogchen Community lives in time and at the same time it develops and testifies to what is not measurable over time. In this sense, the three years that have passed since the end of Chögyal Namkhai Norbu’s material life on this earth do not mark any interruption or end.

The Teaching, the Transmission and the Master are alive.

The Sangha is the Teaching, the Transmission and the Master, because they live and are recognized in ourselves and in our being together. We all know it and we live it. The life of the Sangha is nourished by our presence and awareness. The evidence of its reality lies in our ability to listen and to generate unity and harmony within it.

All this is very concrete and is the mirror in which we can see and recognize ourselves, without projecting all our thoughts and emotions outside.

In February 2016, Chögyal Namkhai Norbu spoke about the importance of the Global Gar for the future of the teaching and the Community.

Dzamling Gar is not only the Gonpa – there are many things to do, to construct and develop here… Dzamling Gar is in the interest of the whole Dzogchen Community, not only Namkhai Norbu. This is very important for everybody to understand.

…We need to continue the teaching. Even though in 100 years none of us will be living here, the Dzogchen Community and teaching must continue. For that reason we are trying to do our best and I am always working and interested particularly in the Gonpa because it is very important. 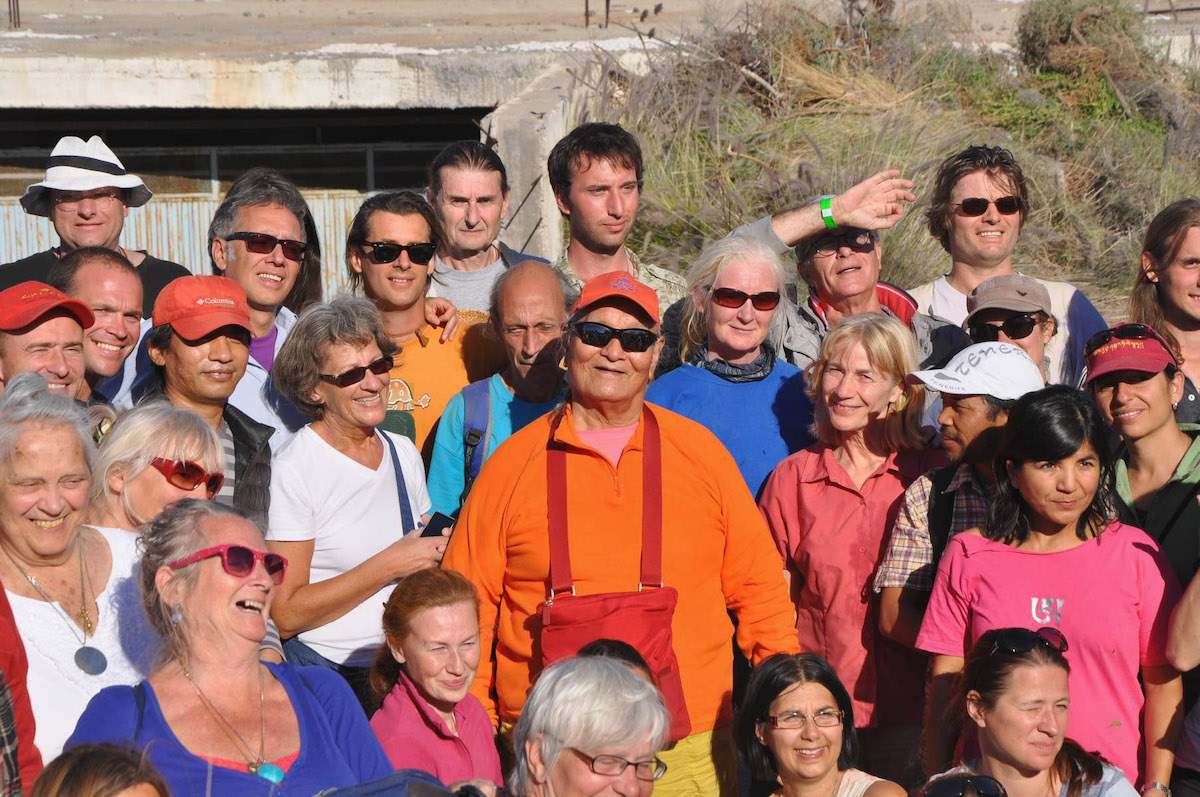 In July 2011, during a picnic at Gadeling, the Master’s residence at Merigar West, Chögyal Namkhai Norbu explained the unique characteristic of the Gar to those present. 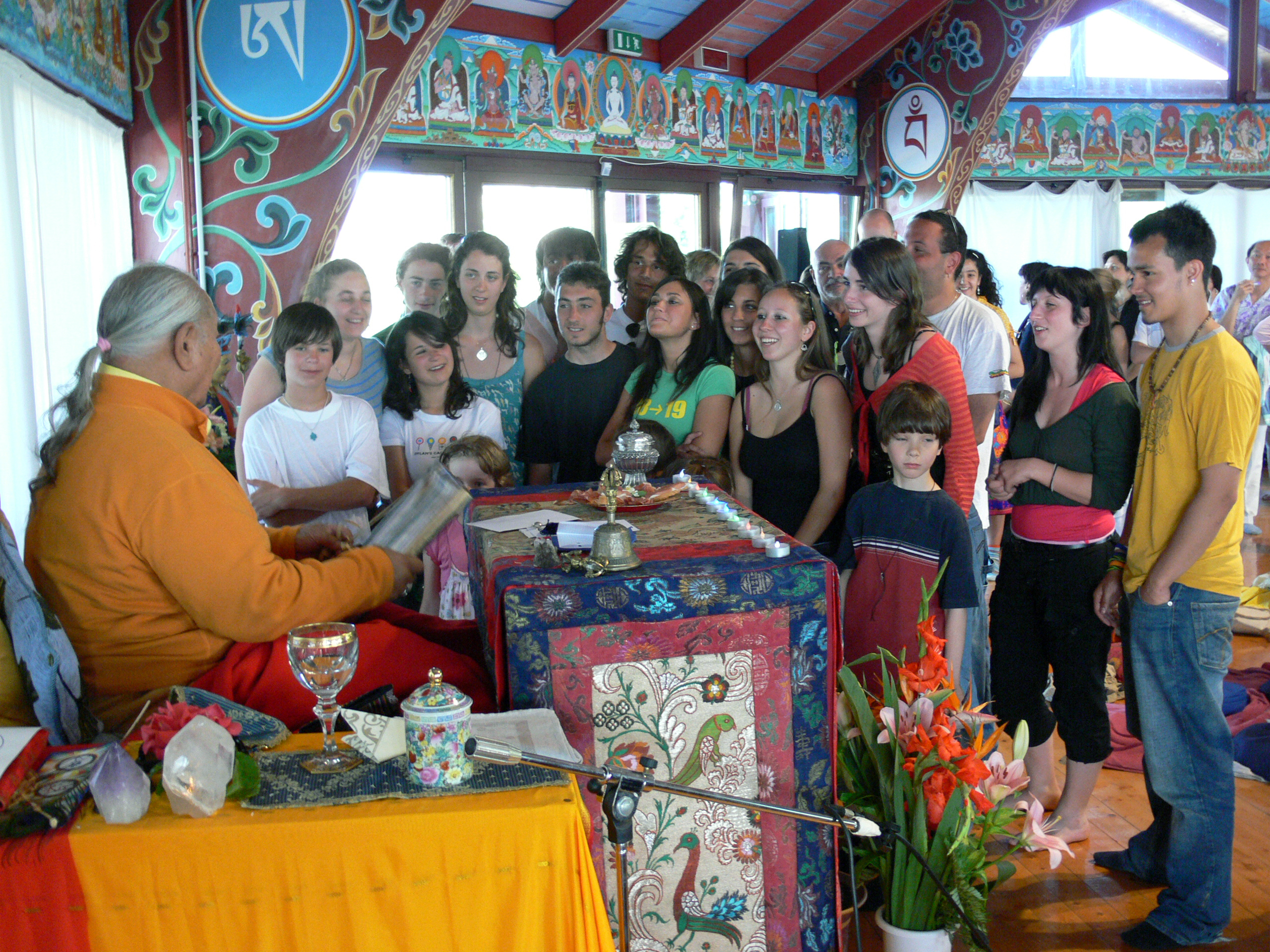 The day before the 2008 summer retreat, Chögyal Namkhai Norbu came to the Gar – at that time an enormous white tent surrounded by strings of colored prayer flags flapping in the breeze, in a large bare flat field stretching as far as the eye could see – and spoke to a group of his students who were gathered there.

Look around, you see, there’s more sky than earth. It’s like a big sky mandala. It is rare to find such a perfect sky mandala. 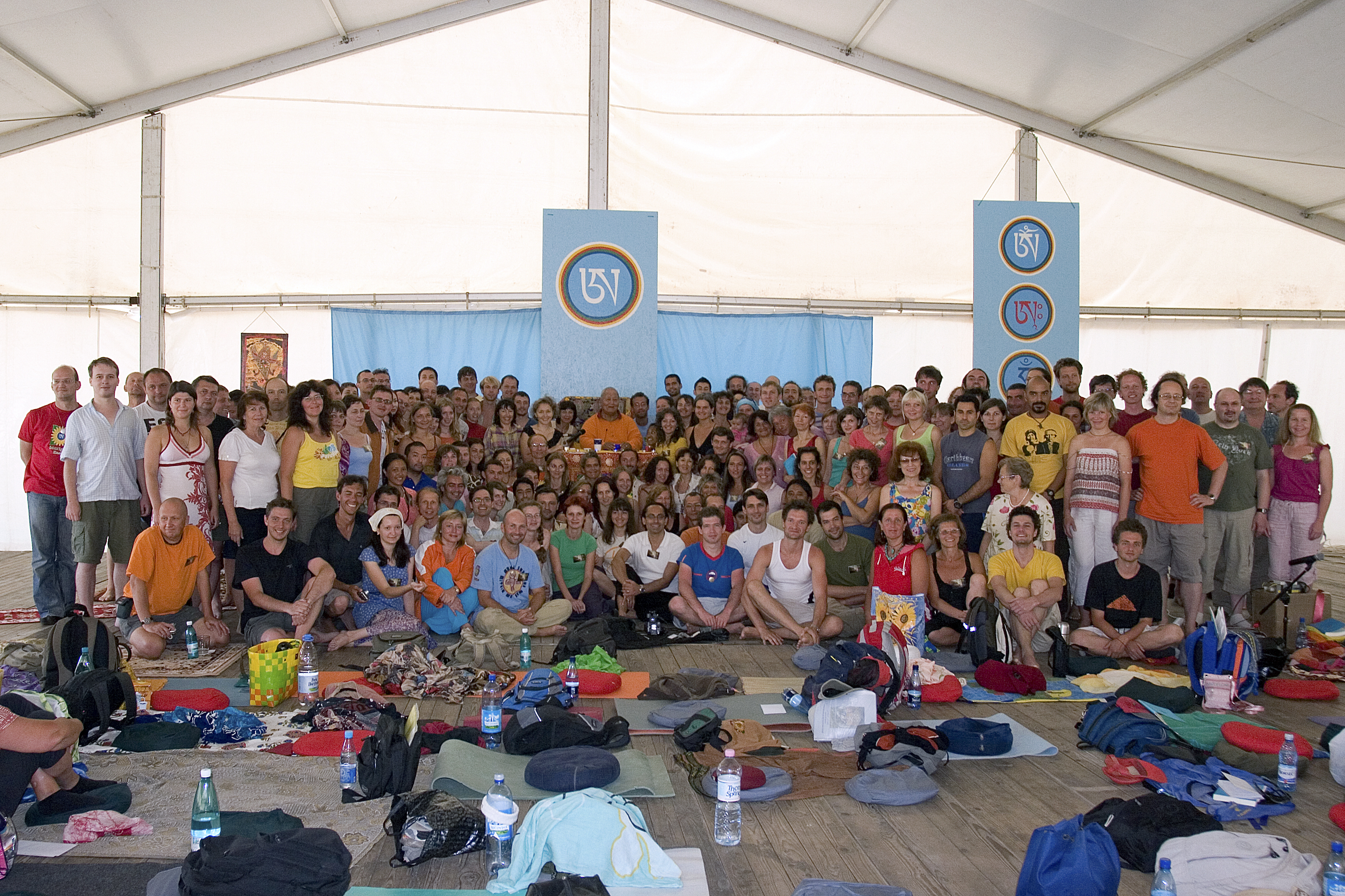 It was during the Crimea retreat in 2013 when Rinpoche said:

Kunsangar South is a place for practice, not farming. It’s also an important place for future generations. 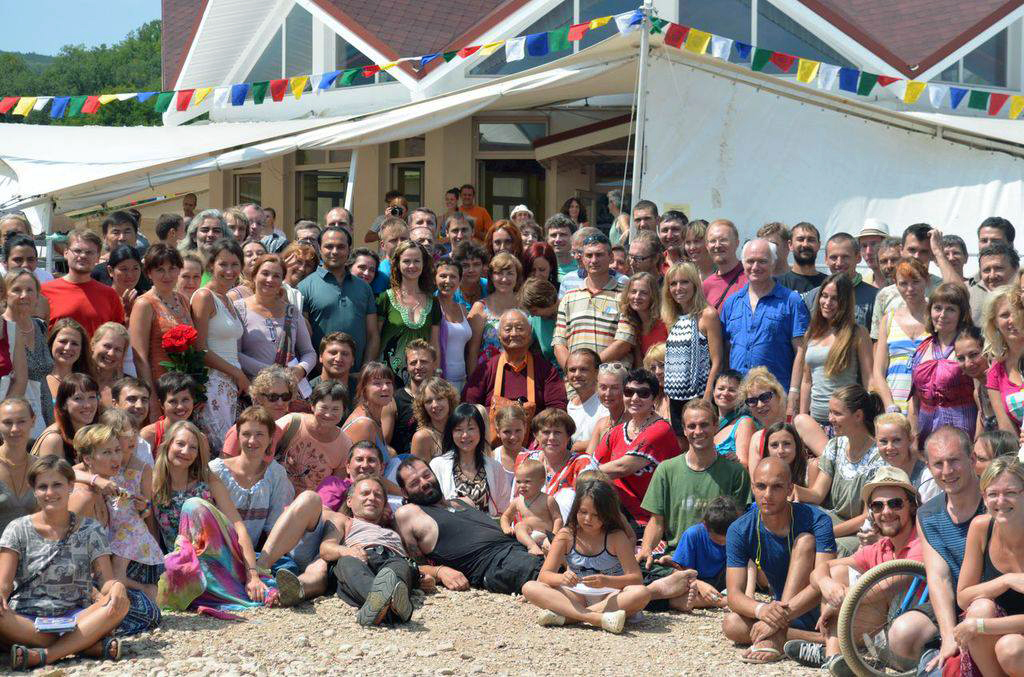 In 2004 on Margarita Island, Venezuela, Rinpoche invited Russian people to gather for a conversation, where he said:

Kunsangar is the main place, Gar, for not only the Russian Dzogchen Community but also for all Russian language speakers. I give much importance to Kunsangar, putting a lot of effort and trying to go there every year. The number of people in the Russian community is one of the highest. That’s why we should take care of it.

This is in Australia where we have the Dzogchen Community. People that are interested in the Dzogchen Teachings should remember that there is a place and practitioners and try to collaborate and develop. So you should remember that because teaching is very useful, not just for practitioners but for all sentient beings, human beings particularly. Dzogchen Teaching is to make [us] understand going beyond limitation, getting into knowledge and enjoying life. This is useful for everybody. 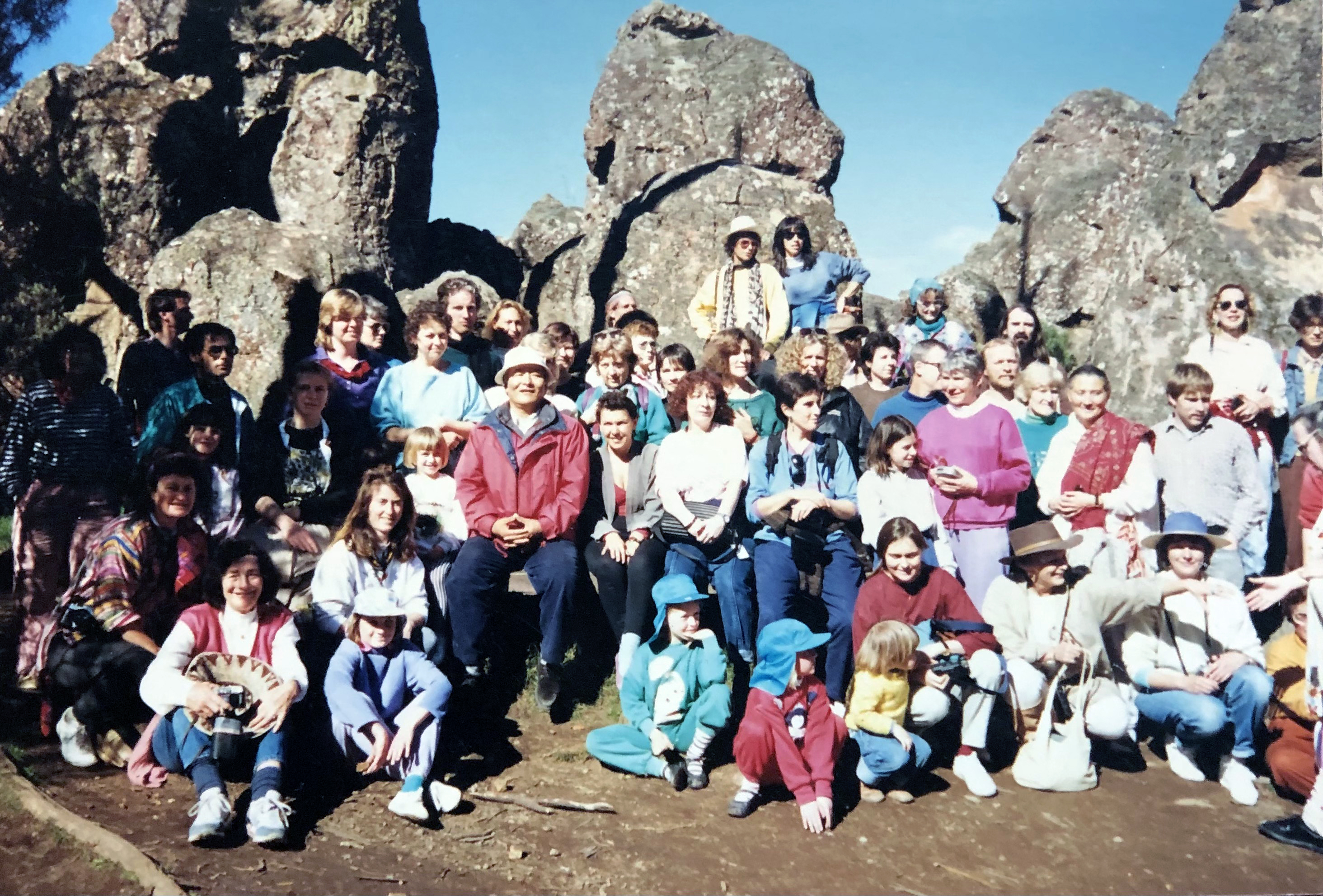 At Hanging Rock after climbing up, 1992. Courtesy of Jan Cornall.

In December 2016, during a visit to the Samtengar house at Dzamling Gar in Tenerife, Canary Islands, Rinpoche spoke about a dream he had had. When talking about the development of the Dzogchen teachings in China, Rinpoche said:

I am very confident about that, because the first time I was in Singapore I had a dream, … [near the end of the dream] I was in Tiananmen [Square], there were millions of people who seemed to be on holiday and everybody was singing the Song of the Vajra continuously… After that I thought that China would really develop knowledge of the Dzogchen teachings. 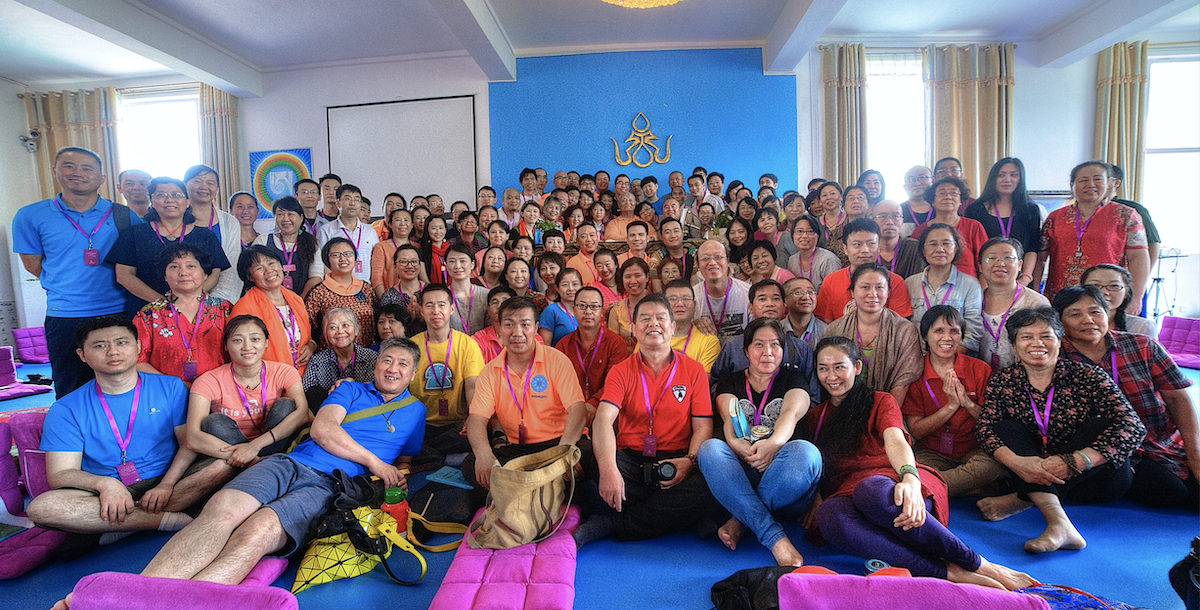 When Khandroling was purchased Rinpoche said:

We are not buying land to grow potatoes but to make rainbow bodies. 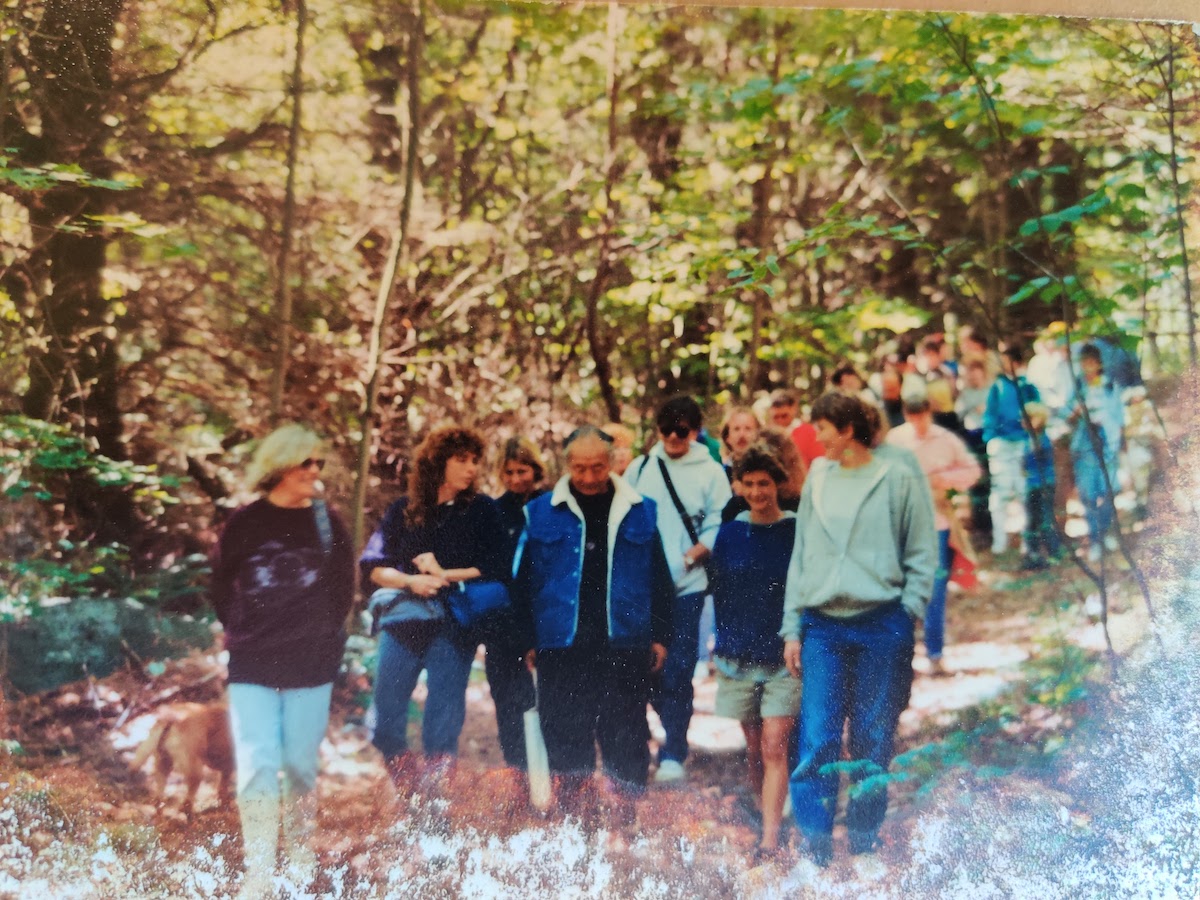 Walking to the first Sang practice on Khandroling. Photo courtesy of John Foster.

I told you that one part of the land we keep for the rushan practices and on the other part we will build personal longer retreat cabins and the Gakyil of Tsegyalgar West will organize all necessary services for the retreat people. At the main place, we will try to build a Gonpa or meeting hall, a Community office and services. We should project all these things related with the global Dzogchen Community needs, not only for a few people who are living around here. 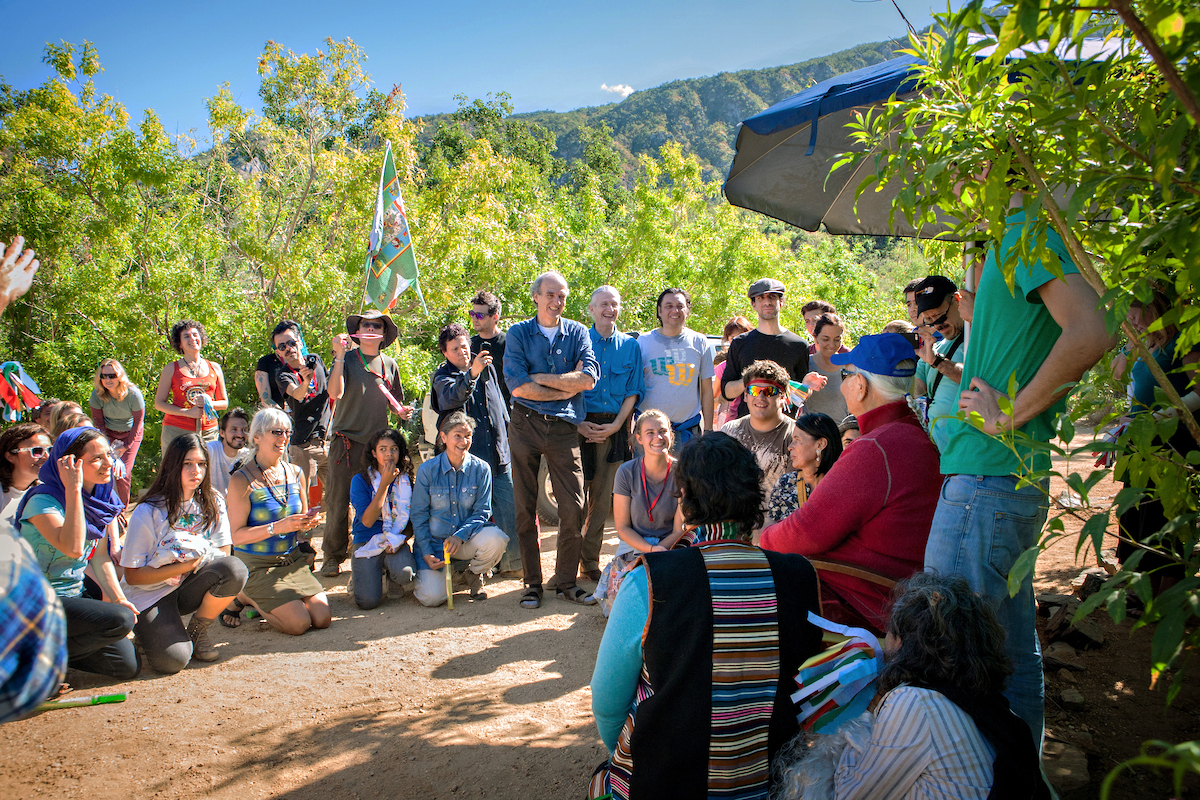 I want to tell something to everyone connected with the webcast. We are here in Margarita. And you all know we had some problems in Margarita. That’s why I am not living here as I was before, only coming for a short time while we are doing a retreat. But many people think I have almost renounced Tashigar Norte. That is wrong, I will never renounce Tashigar Norte. In Tashigar Norte I gave so many important Dzogchen Teachings, this is a sacred place, we empower it, we prepare it – forever we will continue here – so you must not think that. 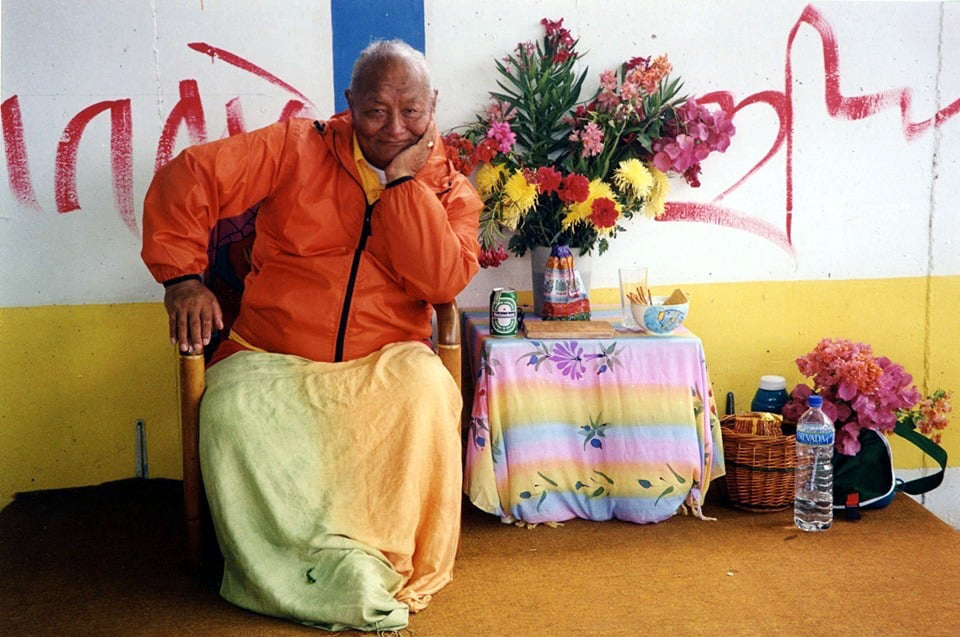 In 2002 on the wall of Gönpa, then under construction, the Master wrote The Three Statements of Garab Dorje. Photo by Naomi Zeitz.

The final words of Rinpoche from his visit to Tashigar South in 1998 after the construction of the first house by Ricky Sued in Tashigar Mandala:

We want to enjoy the end of our life, then the rest of life we can enjoy together, doing practice and having a nice life, instead of a sad one. If I have a chance I will enjoy with you. This is my aim. 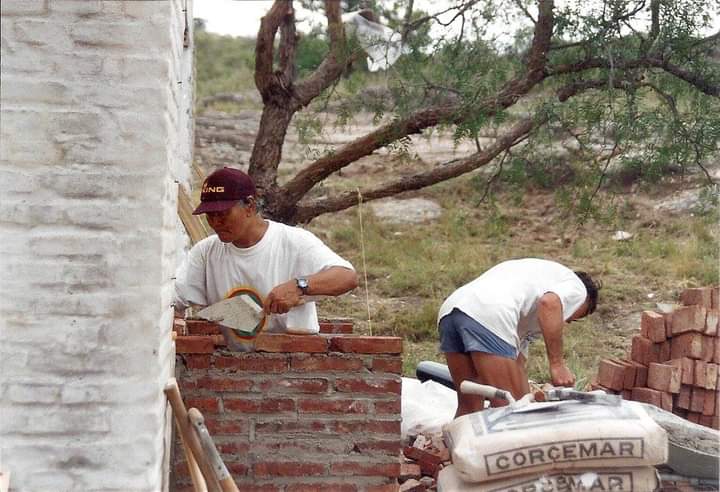 Rinpoche working on the dark cabin with the Community.