Our Vajra sister and friend Cathy Braud past away on Sunday, October 19th, 2014, surrounded by her family and her Vajra family, near Montpellier (southern France) where she lived. 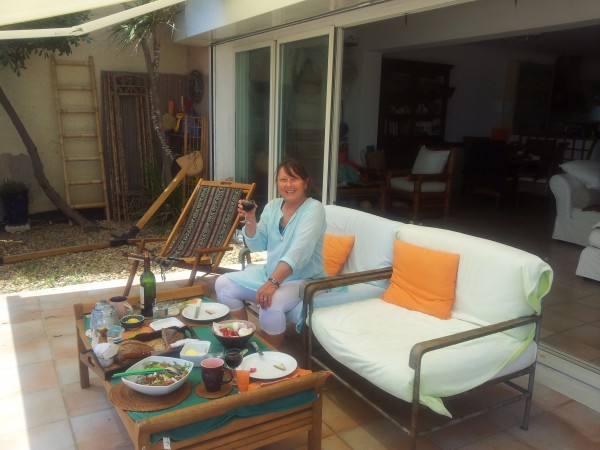 Cathy on her terrace

Catharine was a world traveler in her youth; she met His Holiness the Dalai Lama in Nepal and Chögyal Namkhai Norbu and has dedicated her life to the development of the Dzogchen teachings. Her devotion to her masters was unlimited. Cathy contributed greatly to the development of the International Dzogchen Community, mostly in France and Italy, but her generosity did not have limits. 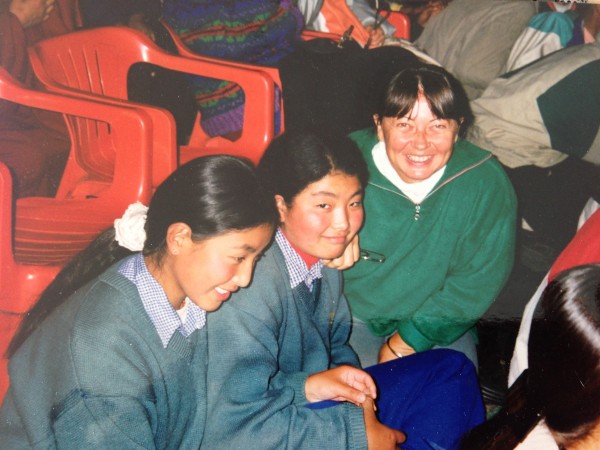 For over tewnty years, Cathy has dedicated herself fully and worked tirelessly for the Community, devoting all her time and energy. She accompanied Chögyal Namkhai Norbu worldwide and worked in the organization of his travels. In France she was part of the Gakyil during several years. She contributed to the purchase and development of Dejamling, the home of French Community. 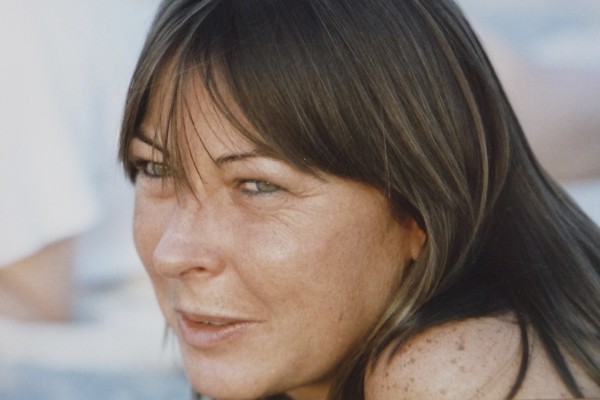 Cathy as a young woman

In the long list of what Cathy has done there is the translation into French of the Teachings of Chögyal Namkhai Norbu. She has done a very great job translating the entire series of Longsal Teachings – which she edited. She was also part of the IPC in France (the group which verifies all the texts published in French language). 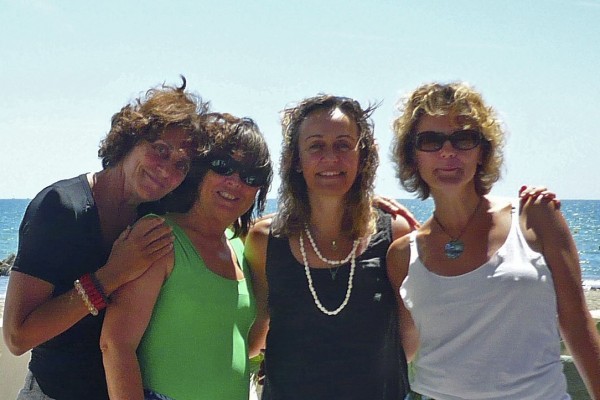 By translating orally in French the Dzogchen Teachings during retreats on sites like Merigar West, Barcelona, Paris, Tenerife, as well as during the live webcasts, she gave the opportunity to many people to have access to the Teachings. 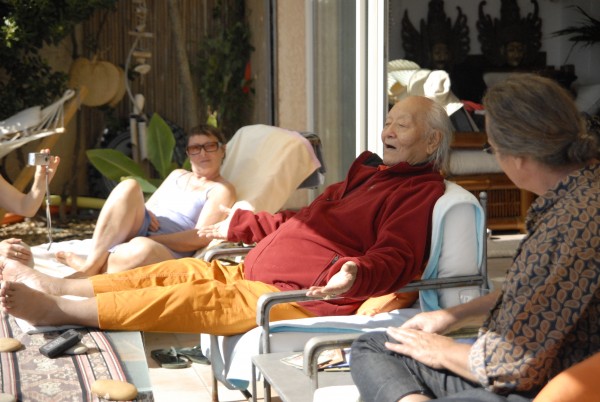 She also helped many new people to integrate the Dzogchen Community when she was on site during the retreats.

Cathy founded Asia France, a branch of ASIA Onlus. She created this association in which she acted to safeguard Tibetan culture and provided assistance to Tibetans by fundraising, the sponsorship of children, monks, students and elderly people. We could always meet her at every retreat in Merigar in the stand of ASIA-France, always busy selling photos, jewelry and Tibetan handicrafts or seeking for sponsors.

She was the godmother of two Tibetan girls and accompanied them in their life’s projects until their adulthood.

Cathy was a motivated practitioner of Vajra Dance and generously contributed to the development of the Vajra Dance in Paris and recently in Montpellier.

She has sponsored and supported many Community members and hosted many teachers from all countries in her house in Palavas, as well as Chögyal Namkhai Norbu. 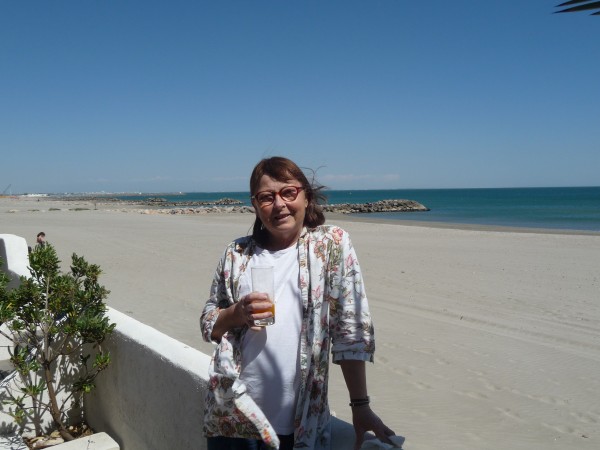 Cathy at her home in Palavas, France

She promoted the training process of a large number of teachers, both in France and Merigar and supported many Gars and Lings through her active participation in the various lotteries and auctions. For Dzamlingar in Tenerife she was actively involved in the research of the land and contributed to make it possible.

Dear Cathy, on behalf of all of us we thank you from the bottom of our hearts, and you will always be among us ….

From Catharine Duez of France

Cathy was a person of strong character, willingness and courage to accomplish her projects. She also had boundless generosity. Many people are grateful that they were able to live near to her. Personally, I thank her for accompanying me as a beginner in the Community, which she also did for many other people. I will always remember the words of Rinpoche that she wrote all around her house in Italy and which she always repeated: “Relax” – “Life is a dream”. She allowed me to practice these precious words, giving me the opportunity to be there for her and her family at the end of her illness, accompanying her during her last days. Having practiced with her in this way is a great gift for the opening of my heart. My sister Cathy, thank you.

In saying goodbye to our recently departed Vajra Sister Catherine Braud, we wish to express our infinite gratitude for all she has done to make the Global Gar possible. As a direct result of Catherine’s generosity, the land to develop Dzamling Gar was located and purchased. Beginning in April 2012, she came to Tenerife several times to look for the right place in the south of the island as an act of service to Our Teacher, Chögyal Namkhai Norbu. Based on her commitment and participation, the Community was able to buy the land in December, 2012. Since then, she continued to support the construction of the Global Gar, donating continuously to regional Gars around the world to help them to fulfill their plans to complete their individual houses in Dzamling Gar.

She sponsored many little plants, which have flourished with the assistance of our gardeners, giving us beauty, shade and tasty little fruits.

Most importantly, beyond the material level, Catherine offered everyone a good example of a practitioner totally dedicated to the Teacher, the Teaching and the Community of all practitioners, contributing her energy to Rinpoche’s vision of a Global Gar, the Gar of the whole International Dzogchen Community. Her faith and enthusiasm inspired many.

We wish to thank Catherine for all of these gifts for everyone to develop and enjoy. And we wish her a peaceful passage into the wisdom of complete realization.