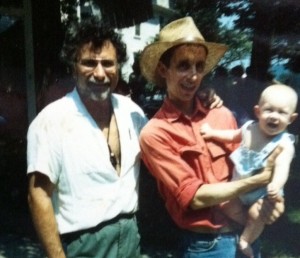 Roger Levin passed away on January 3, 2014. Roger was one of the people who came to Tsegyalgar with Rinpoche in 1982. Roger was a very warm-hearted and intelligent man who helped at a time when we were transforming ourselves from a Gurdjieff group that practiced Buddhism into the Dzogchen Community. He had a good and open rapport with Rinpoche and used his skills as a psychologist to help others to process the changes taking place in the community and individuals. He served on the gakyil and participated in group activities for years, though in the last period he only came occasionally to retreats though he continued to practice. He had had a form of cancer when young that was predicted to return, and it did. His health had not been stable for some time when he died. He was attended at his death by his wife Mary Anne.

“He was a brilliant, deep, skillful, loving man and every mental image of him I can bring to my weak memory is bathed in light. ” Tom Garnett