Professor Elías-Manuel Capriles-Arias introduces and discusses it with the author. The purpose of the event is the dynamic interaction of the author with the participants who will ask questions.
Event languages ​​English and Italian with sequential translation.

Adriano Clemente
Adriano Clemente is the main translator for the project “Complete Works of Chögyal Namkhai Norbu.”
Adriano was born in Lecce, Italy, on 5 January 1958 and grew up in Naples. He met Chögyal Namkhai Norbu in 1975, and was part of the original group of students who received the first Dzogchen teachings in 1976 at the Palestra on Via Palasciano in Naples.
That same year, he joined the University of Oriental Studies in Naples, graduating in 1983 with a thesis on the Dzogchen Bönpo text Dran pa gser gdams by gShen sras lha rje (13th century).
At that time he started working on translations of Tibetan texts, mainly authored by Chögyal Namkhai Norbu, such as Drung, Deu, and Bon, for which he did extensive research in the ancient Bön tradition, and Yantra Yoga: The Tibetan Yoga of Movement.
He compiled and edited Dzogchen: The Self-Perfected State and is the author of Visionary Encounters, from the Dzogchen Bon tradition and also the author, together with Chögyal Namkhai Norbu, of The Supreme Source, a pioneer work on the tradition of Dzogchen semde, in particular focusing on the Kun byed rgyal po tantra.
He is mainly responsible for translation of the Longsal cycle of teachings and of the Santi Maha Sangha training. Since 2003, Adriano Clemente has also worked for the Ka-ter Translation Project of the Shang Shung Institute Austria.

Elías-Manuel Capriles-Arias
From 1993 to 2003 Prof. Elías-Manuel Capriles-Arias filled the Chair of Eastern Studies at the Faculty of Humanities and Education, University of The Andes, Merida, Venezuela. He then taught at that University until his retirement.
He lived on the Indian subcontinent from 1973 through 1983. Having received Dzogchen Teachings from various Masters, between 1977 and the end of 1982 he spent most of time in retreat cabins and caves in the higher Himalayas. On his return to Venezuela, he invited Chögyal Namkhai Norbu, who established the Dzogchen Community there.
He is a qualified meditation instructor and currently teaches Dzogchen worldwide, mainly within the Dzogchen Community.
Over the years, he has produced an ample, ecology-driven, socially, economically and politically egalitarian philosophical and psychological system expressed in around 20 books, over 40 peer-reviewed articles, and several book chapters.
In India and Nepal, in the mid-seventies he created and managed two Refuges for Spiritual Emergencies.
He sits on the Board of the International Transpersonal Association (ITA), the Ibero-American Transpersonal Association (ATI) and of several journals.
His work has been discussed in books on philosophy in France (La philosophie en Amérique Latine, Que sais-je?, PUF; also Panorama de la philosophie ibéro-américaine) and other countries, in The Journal of Transpersonal Psychology and in many academic articles.
He helped found the Ecological Action Coordinating Entity “Arturo Eichler” and was active in ecological activities. 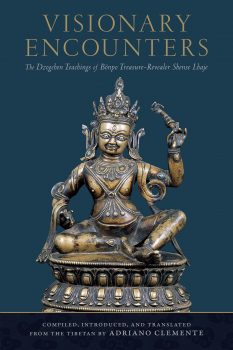 Autobiographical accounts of meetings with visionary beings together with the spiritual advice they imparted, from the thirteenth-century Bönpo scripture-revealer Shense Lhaje.

Visionary Encounters (Shambala Publications 2016) https://www.shambhala.com/visionary-encounters-3563.html with Knowledge-Holders and Dakinis presents four chapters from the collection known as The Golden Teaching of Trenpa Namkha, a cycle of Dzogchen Teachings recovered or rediscovered by the thirteenth-century Bön Master Shense Lhaje, an important treasure revealer in the Bön Tradition.

These chapters include unusual autobiographical detail, providing a window into the daily life of this “wandering beggar,” as he calls himself, as well as a record of the extraordinary messages he received from visionary beings known as knowledge-holders and dakinis.

Includes an introduction that places the work in its historical and literary context. 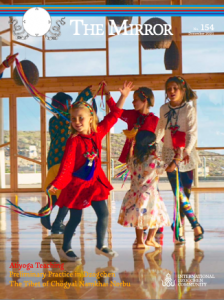 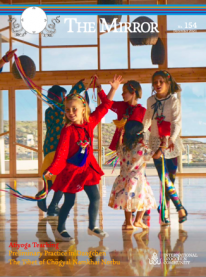