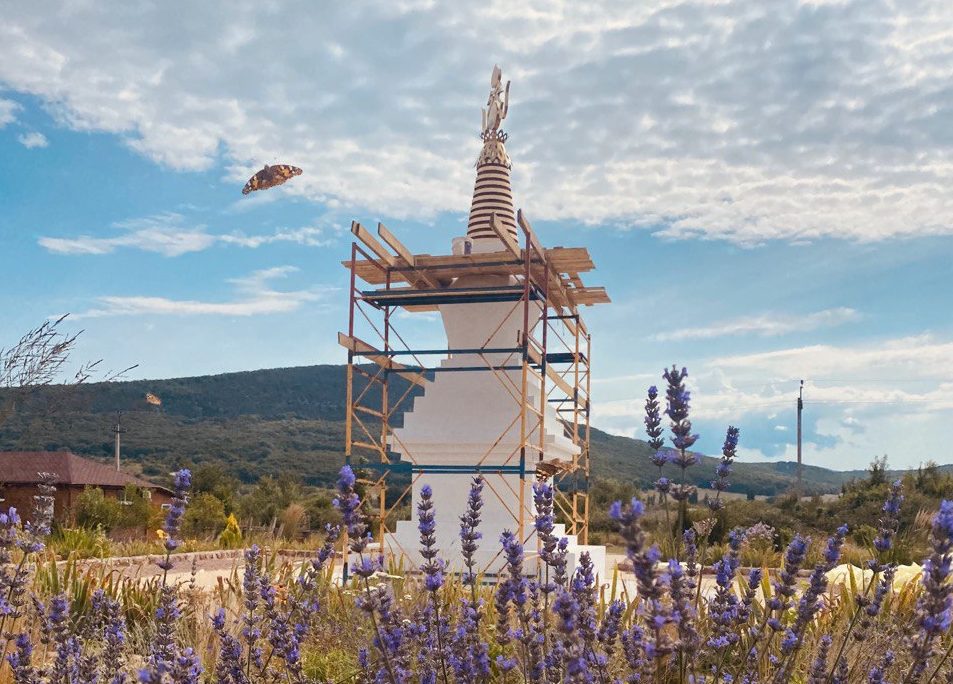 There was a need to restore the upper part of the Kunsangar South stupa, which consists of 13 rings representing the 13 bhumis. Due to weather conditions, the varnish was washed out and had become dull and the gold had lost its former glitter.

It was also decided to refresh the “body” of the stupa. We removed the old paint from the concrete, restored the areas that were chipped, and primed and repainted the surface.

The reconstruction of the upper part included the restoration of missing fragments in the concrete and the gilding of the rings. 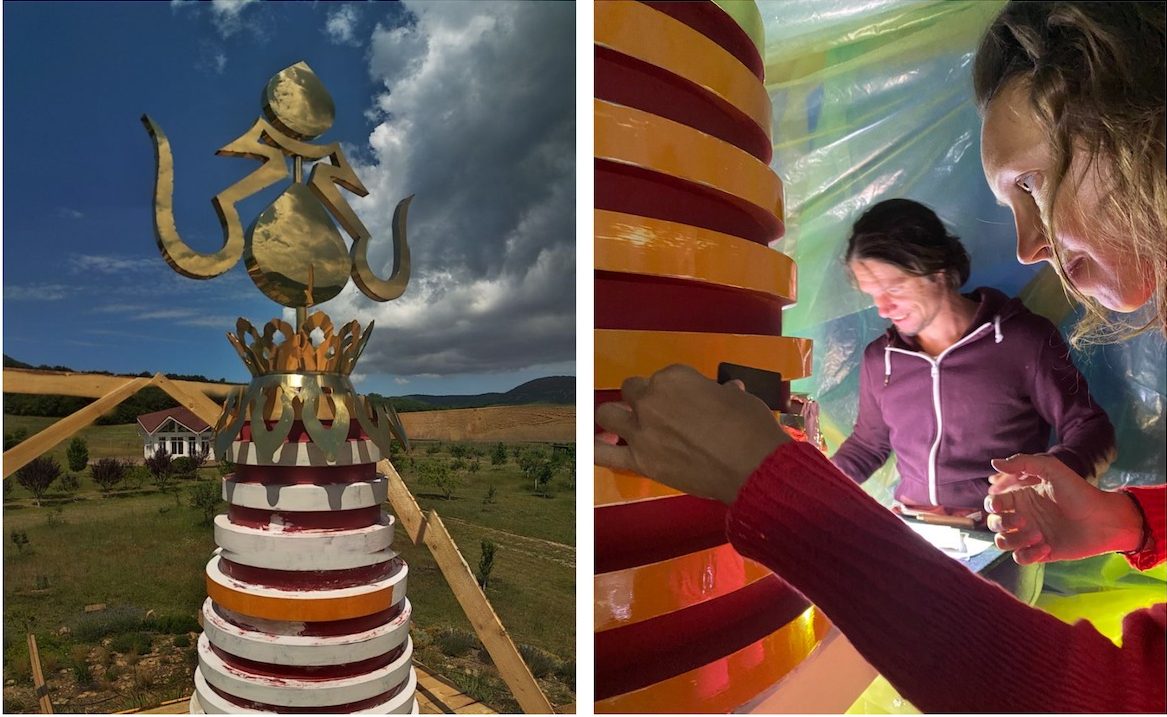 In the course of the work, we cleaned the rings from the old varnish and primer until we got to the metal, degreased them, and applied an anti-corrosion primer. The primer needed to be leveled and polished which helped to improve the brilliance of the gold. Also, the primer was in a shade of gold. Then a special varnish called mordant was applied, on which the thinnest gold sheets were glued.

Before the gilding itself, we had to protect the working space from the wind, because the sheets of gold are so thin that they scatter even from breathing on them, not to mention the wind. We built a makeshift tent out of polyethylene and started working with the gold, although it was very hot to work as the tent created a greenhouse effect. 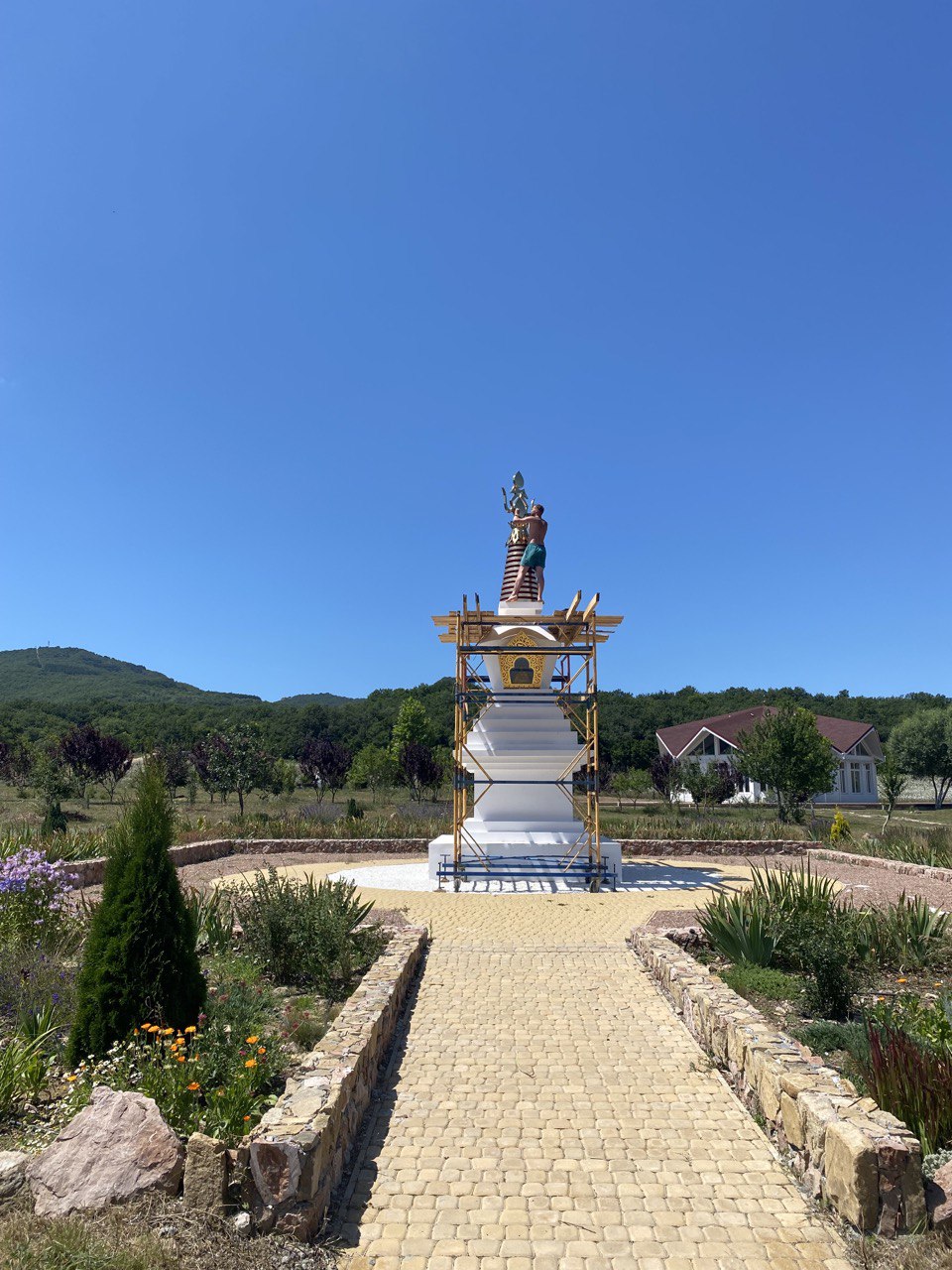 However, on the positive side, everyone was able to take part in the gilding process after some brief instructions on how to stick gold sheets onto mordant varnish.

The last stage of the restoration was the application of shellac varnish to protect the gold from contact with oxygen, and the project was completed.

You can see a short film by Alexander Popov on the process of the stupa restoration here: https://youtu.be/G-OhZs2Pm6s.

We wish Kunsangar South prosperity and are always happy to offer our work for the benefit of all!

Curator and main implementer of the restoration project