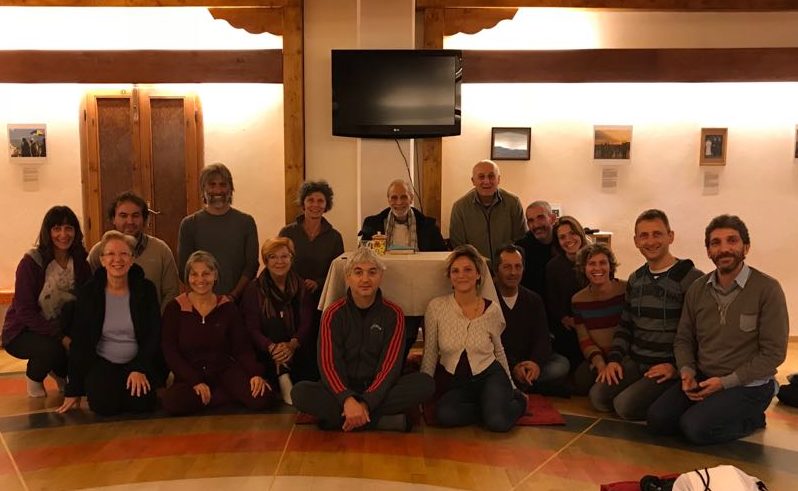 The Merigar West Gakyil, in co-ordination with the Santi Maha Sangha teachers, has proposed a series of practice meetings at Merigar West for 2017/2018 in which all the practices listed in the appendix of the “Precious Vase” will be explained and practiced. This series, meant for anyone who has already received transmission from Chögyal Namkhai Norbu, is to approach or deepen the Santi Maha Sangha, starting with meditation rather than studying the different points of view. This does not mean that the tawa chapters will not be explained, but this will be done only with the practice and experience.

Teachers will alternate for several weekends. During the Christmas holidays, however, an intensive week of practice is planned.

The first meeting, 13-15 October 2017, was on the Seventh Lojong with Oliver Leick

The second meeting, 17-19 November 2017, which has just been held, was on the first six mind trainings or Lojong with Igor Legati.

The third meeting, 7-10 December 2017, will be on the four immeasurables and the three secondary practices of meditative stability or Samten with Luigi Vitiello