A JOYFUL JOURNEY TO THE ISLAND OF THE VOLCANO 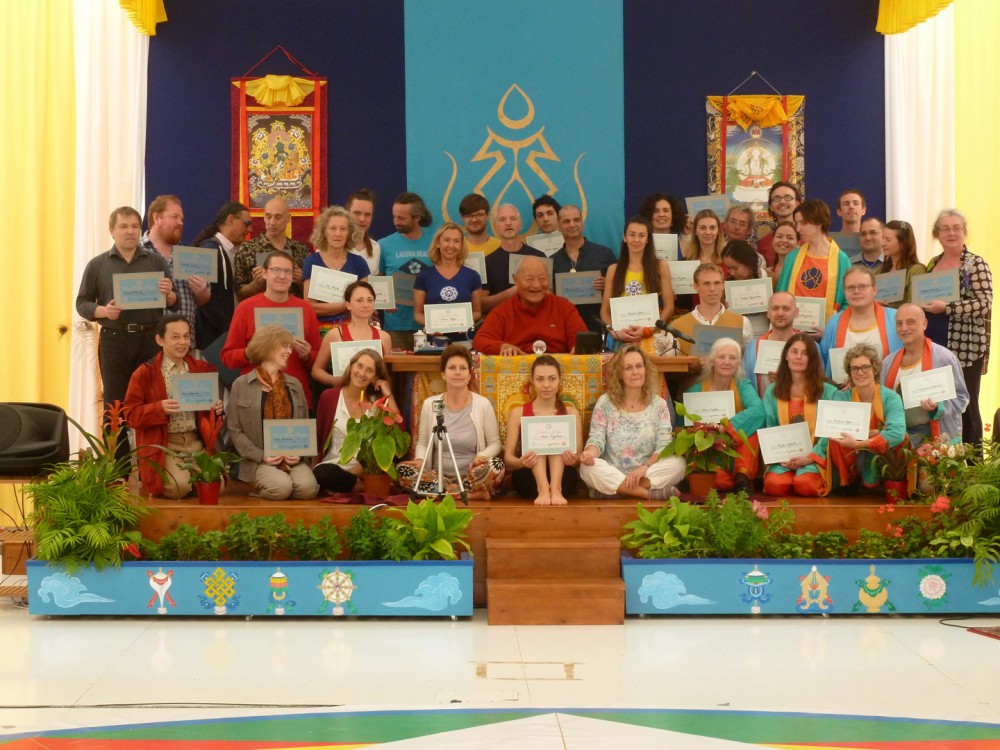 Flying back to London from Tenerife after an intensive week at the Teacher’s Training examinations held at Dzamlingar, I feel a little sad to be leaving behind this joyful place: the convivial atmosphere on the Gar; the late night, spontaneous musical ‘jams’ at the Delek bar and the friendly smiles of the Spanish locals…

I arrived on the eve of the first Teacher’s Training session in the Gonpa on February 30th , just as Rinpoche was reminding all those who had put themselves forward for the Santi Maha Sangha exams to examine their own motivation closely. “I don’t want to be angry,” he warned disarmingly … but then he then burst into gleeful laughter! There were eighteen people who had enrolled for the oral examination, based on the base level Santi Maha Sangha book, ‘The Precious Vase’. Now we learnt that we would each be expected to speak for ten minutes on a subject based closely on this text, and that we were to choose from eighteen questions sealed in coloured envelopes laid facedown on the desk in front of Rinpoche. It was therefore ‘pot luck’ (or was it?) which question we would receive when our name was called to do our presentation over the next four days. 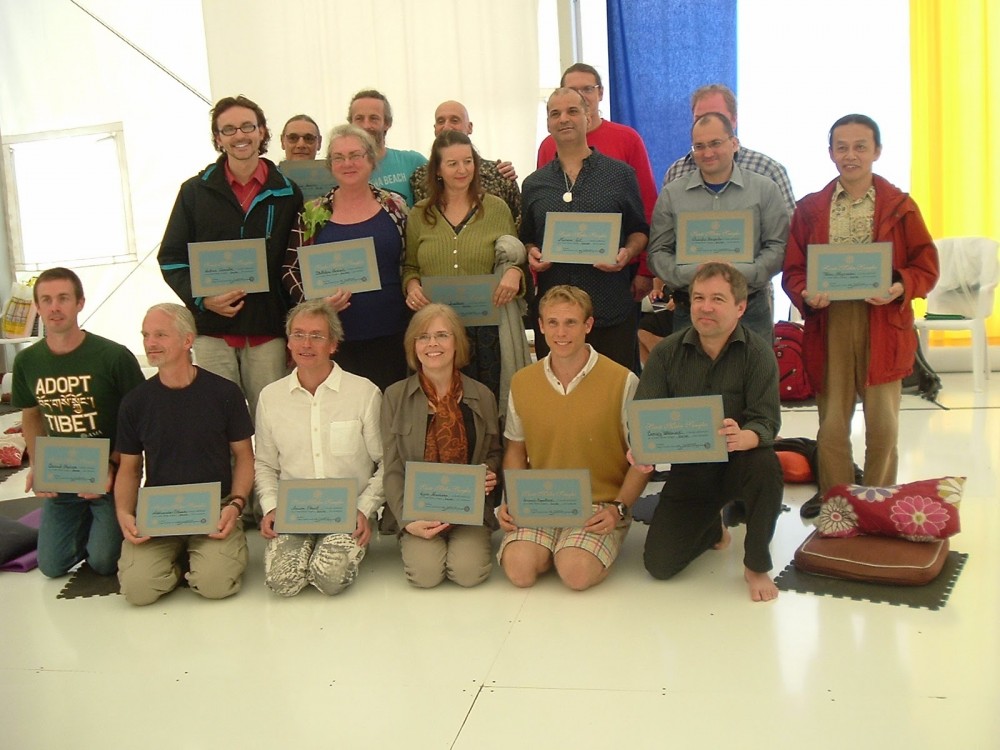 Because there were so many (seventeen) Santi Maha Sangha candidates on this occasion, there were to be three sessions each morning, starting with Arnauld Coquillard … He did a brilliant talk on the behaviour of the Bodhisattvas, setting a high standard for all those who followed. In the afternoon there was one further SMS talk followed by Tibetan singing and Khaita dances from 4pm onwards. The dancing was a fantastic experience as there are now so many experienced dancers in the Community, that it helped me greatly in picking up the steps of several of the dances over my week at the Gar. Rinpoche made it very clear he wanted everyone to dance and sing daily … “if you are student of mine” he explained, “then this is a necessary part of your practise”. 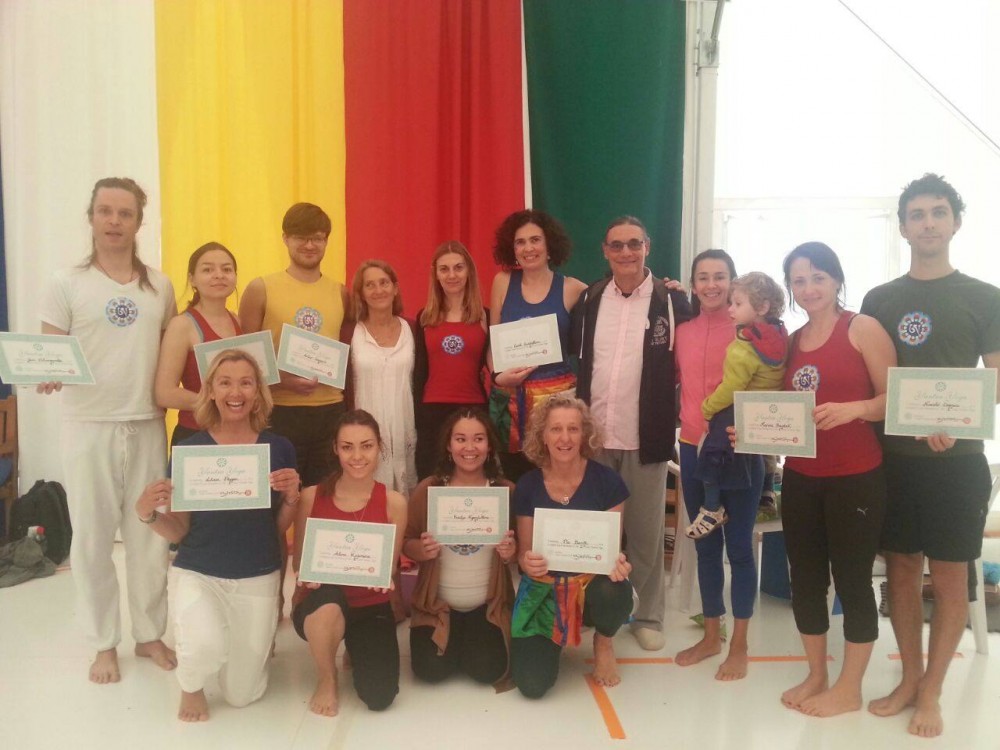 The Santi Maha Sanga presentations went on for four days and there were an amazing variety of nationalities represented, including Australia, Japan, USA, Russia, Poland, Hungary, Slovakia, France, UK and Italy. Many of the talks were concise and eloquent … only one person ‘blanked out’ when it came to his turn and he excused himself in a very dignified manner saying: “I am sorry … I clearly have not studied well enough”. The feeling of mutual support between all the SMS candidates was tangibly warm, with plenty of hugs and words of encouragement at the start and end of each session. It was a real pleasure to be a part of this group and to experience such a meaningful sense of collaboration and appreciation of our diverse, individual styles.

On the last day, there was also a presentation from the Yantra Yoga and Vajra Dance candidates of various levels under the watchful eye of their experienced teachers, Fabio Andrico, Laura Evangelisti, Prima Mai and Adriana, respectively. It was wonderful to watch these simultaneous, co-ordinated performances, where each individual focussed clearly on their own presentation, yet were at the same time part of a seamless whole. Each candidate then had to answer a short question related to their specific level of yoga or dance, which all responded to with ease. Rinpoche looked quietly relaxed and happy throughout and at the end he announced that all the Yantra Yoga and Vajra Dance candidates had passed their individual examinations. 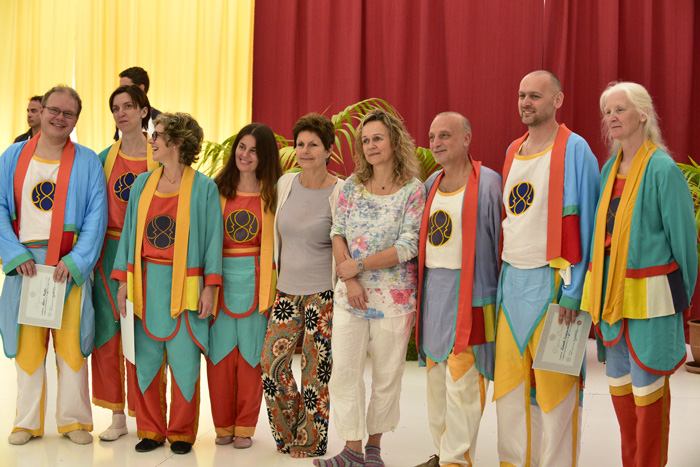 On the final day of the Training retreat, Rinpoche gave an overview of the Santi Maha Sangha candidates who had done presentations as well as giving some general words of advice. He said that it was important for a teacher to take care of the manner in which they present themselves and not just concentrate on the words. It is vital that a teacher is able to connect directly to the audience who they are talking to and that they adapt their style to suit each situation or set of circumstances: for example, the style of presentation for a group of practitioners should be different to a speech aimed at the general public. He also suggested that all SMS teachers should try to learn English (some presentations had required a translator) as this was the internationally recognised language, which was understood by all nations. Regarding the individual candidates, Rinpoche seemed generally pleased at the overall standard: he was particularly happy with one candidate; several had done well; others were moderately good; and only one person failed the exam, having already acknowledged during his session that he was not ready.

I must say, I experienced a great sense of relief once the exam was over and enjoyed celebrating that evening in the local bar with some of the other newly qualified SMS teachers! Two of the guys, Arnaud and Sam (both from Namgyalgar), had an inspiration for the perfect present for Rinpoche … a ‘precious vase’. Having no clue where to find such a magical object, the four of us (including Stoffelina) drove off to Adeje, with the simple aim of following our intuition. In the one of the downtown stores, we quickly encountered the most perfect, dark-maroon ceramic vase, with beautifully carved golden handles and embellished with bouquets of flowers. This exquisite piece was standing on a decorative carpet in the centre of the store’s basement, macabrely surrounded by ordinary home-ware items and glass ornaments! In the Western tradition, this large and precious ‘Wish-fulfilling Vase’ would be called a ‘cornucopia’ or ‘Vase of Plenty’ … a symbol of infinite riches. 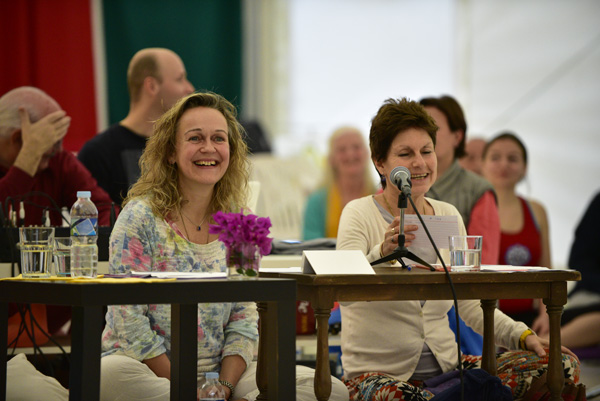 At the closing ceremony, when we all presented the vase whilst thanking Rinpoche for his enduring kindness with words of devotion and dedication, he seemed delighted, saying: “This is fantastic! We will keep the vase in the Gonpa of Dzamlingar now and for the future.” 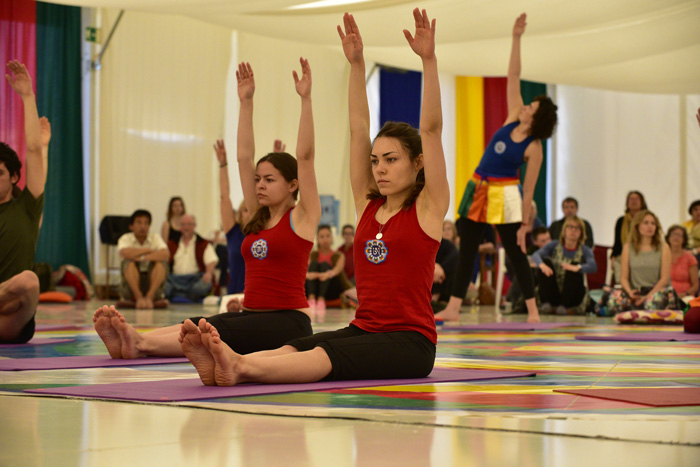 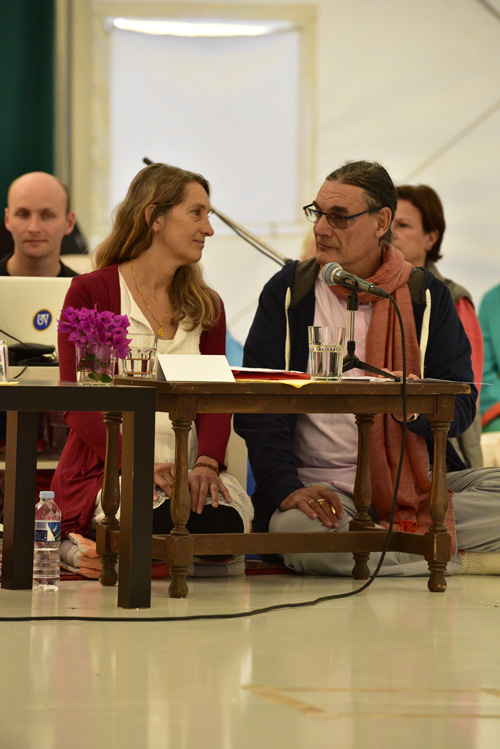