From February 5-18, 2015 there was a second level supervision of Catherine Weitzman and Tania Gerasimova for the Dance of the Song of the Vajra at Dzamling Gar. 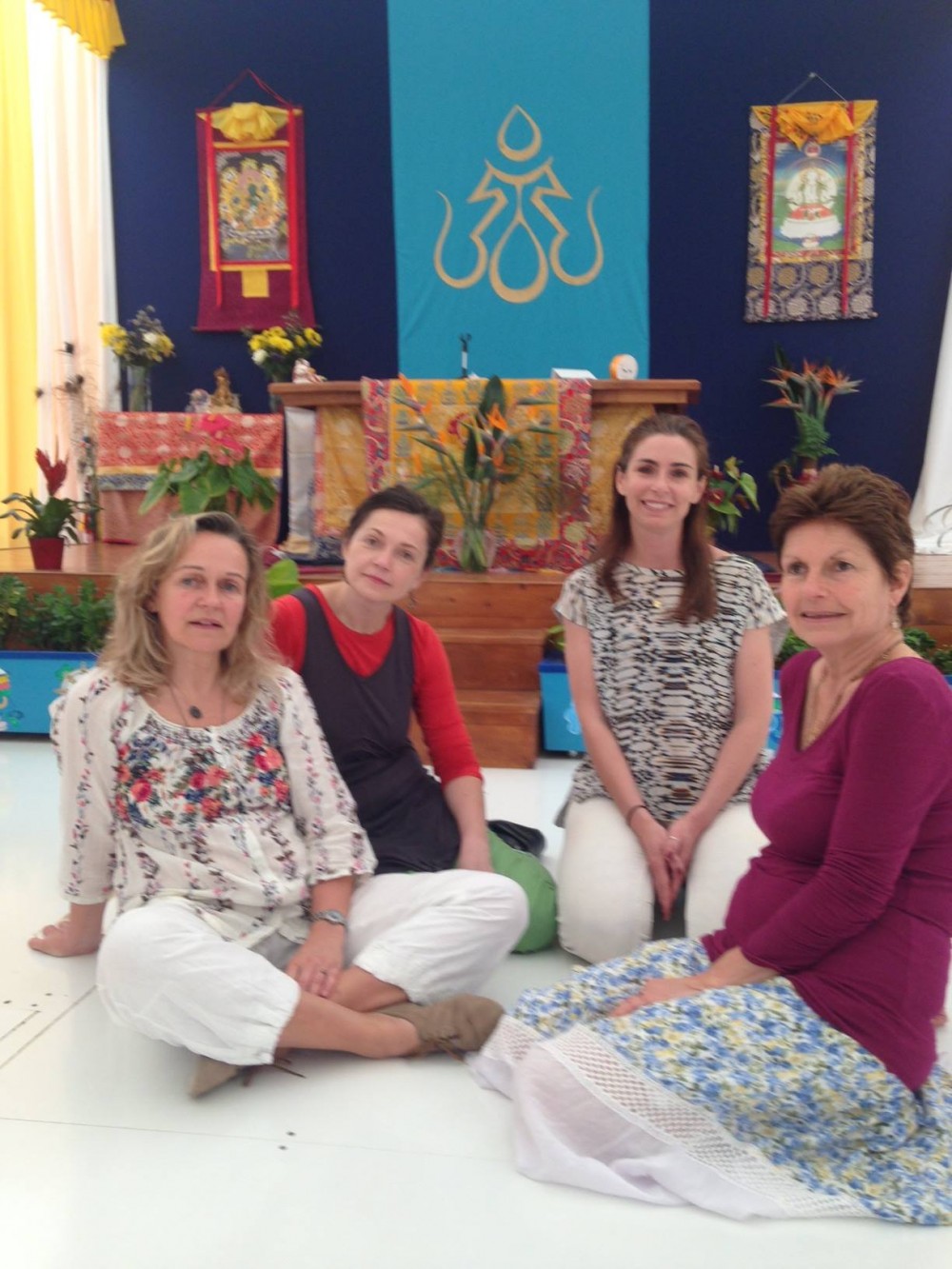 There were three mandalas full of people, some people were having there first experience on the mandala, some deepening, some learning second part for the first time. Prima Mai supervised the first half and Adriana the second. There were three hours of instruction in the morning session and an hour and a half of practice in the afternoon after Khaita. In the end it was awesome and  everyone was dancing beautifully together. 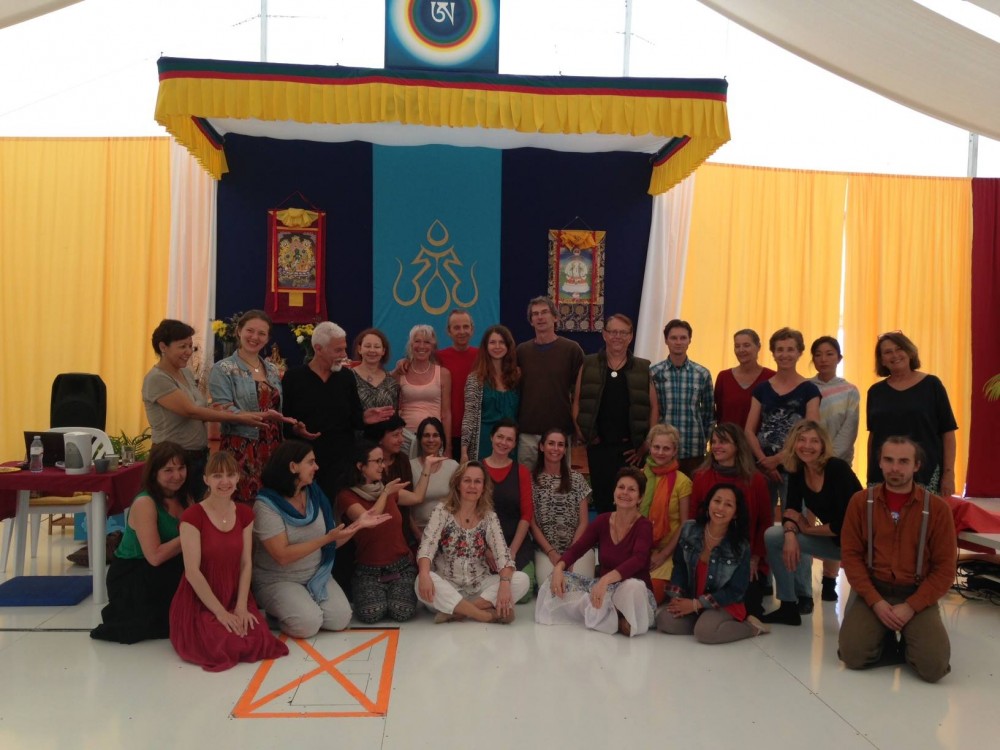 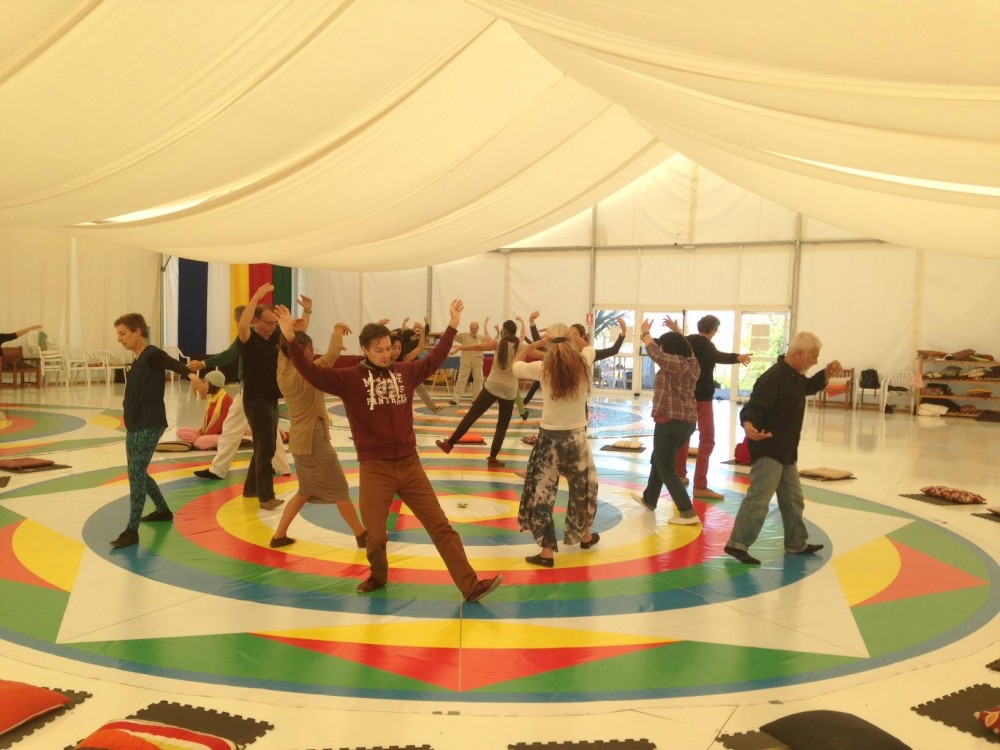 Dancing on the Mandala