with Vladislav Bespalov and Evgeny Rud 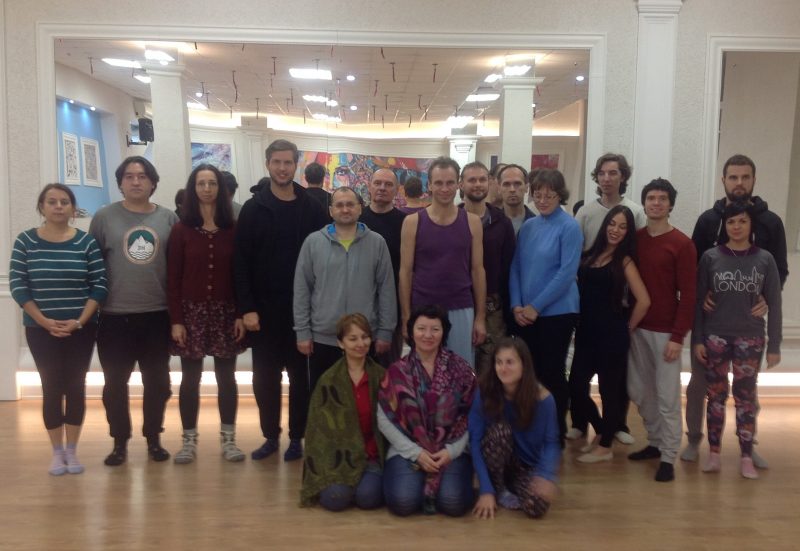 The All Seven Lojongs retreat took place from 4th to 10th of December, 2017 in Moscow. The retreat was guided by second level Yantra Yoga instructor Evgeny Rud and base level Santi Maha Sangha instructor Vladislav Bespalov.

This retreat set a great example of collaboration between two instructors, Yantra Yoga and SMS, which allowed all the participants to get deeply immersed in the practice of all the seven Lojongs by gradually developing understanding and gaining real experiences of each Lojong.

Each class lasted for three hours. The structure of each class was as follows:

– The first part of the class was guided by Vladislav Bespalov and lasted for 30-60 min. It was devoted to theoretical and practical aspects of the six Lojongs explored one by one.

– The second part was guided by Evgeny Rud and lasted for two hours during which we  practiced the seventh Lojong in its three aspects: pleasure, clarity and emptiness.

All the participants gained valuable experience that they can now apply in their own practice and personal retreats.

We are sincerely thankful to Vladislav Bespalov and Evgeny Rud for the opportunity to take part in such a retreat, precious and unique for the busy city citizens. By virtue of the correct application of these seven mind practices, we managed to get necessary experiences and to discover knowledge.