A course with Jim Valby at Dargyäling 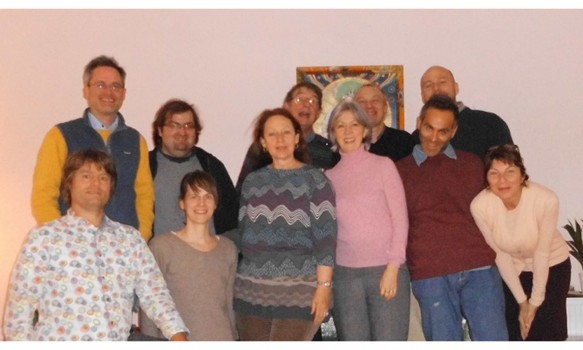 Everybody from far and near came to the public talk on Sunday afternoon in Dargyäling in Cologne. On that special day – the first full moon in the new Tibetan Year and the Anniversary of Garab Dorje, the first Dzogchen Master on our globe – the Ling invited everybody to listen to Jim Valby.

In his relaxed way, Jim brought the mixed audience of around 40 people – from long-time practitioners to those hearing him for the first time – to recognise the presence of the state which does not change, using breathing and sound.

It was the only public event during a 5-day course with Jim that had been organised for the practitioners of the 2nd level Santi Maha Sangha, who listened, practised and, obviously, had fun together. We had all brought our precious practice books, plus we received many “crib sheets” from Jim as we are a study group.

Was it a sign of realising impermanence that this course was much too short for some of us?

Text and photo by Karin Heinemann