During the recent practice retreat held on the second anniversary of the Parinirvana of Chögyal Namkhai Norbu at Merigar, an art exhibition entitled ‘Sounds and Spaces’ was launched by the Dynamic Space of the Elements and Merigar on September 26, 2020. Held in the Mandala Room at the Gar, the event displayed the work of several artists from the Dzogchen Community, including the Dynamic Space of the Elements, Fabio Andrico, Giorgio Dallorto, and Kunga, with the works on display linked in a particular way to the Teaching of Chögyal Namkhai Norbu. In addition visitors were able to view a wonderful collection of some of the Master’s flutes. The collection is unique in that the instruments are all made from different materials, and come from different parts of the world and different time periods. 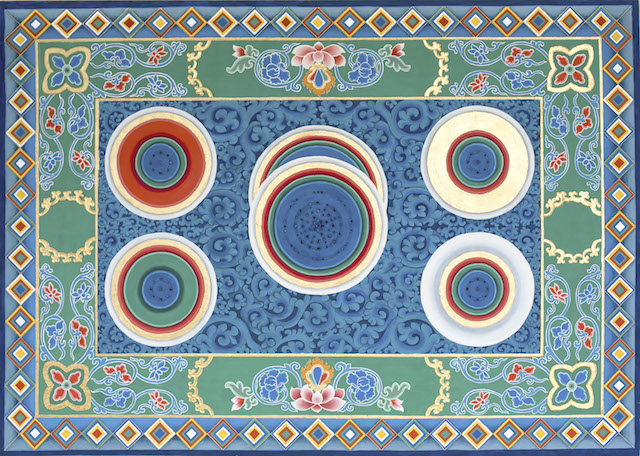 The Dynamic Space of the Elements exhibited several particular paintings representing the five elements of Tibetan astrology and painted in traditional Tibetan style using precious stones, natural pigments, and gold leaf, making them also precious for their materials. Some of their later paintings presented traditional Tibetan folk tales, such as the painting of The Two Sisters, one of whom brings joy and happiness while the other brings suffering and bad luck, yet the two are inseparable and represent the human condition in which joy is always accompanied by suffering. Other paintings depicted concepts from Buddhist philosophy such as The Mala, representing the continuity of life and emptiness. 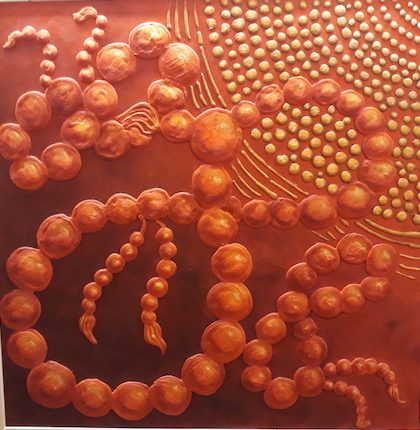 Another of their paintings depicts the Stupa of Enlightenment as an illusion to show how everything that we experience is a dream, while the flowers represent the purity arising from the Master’s teaching. 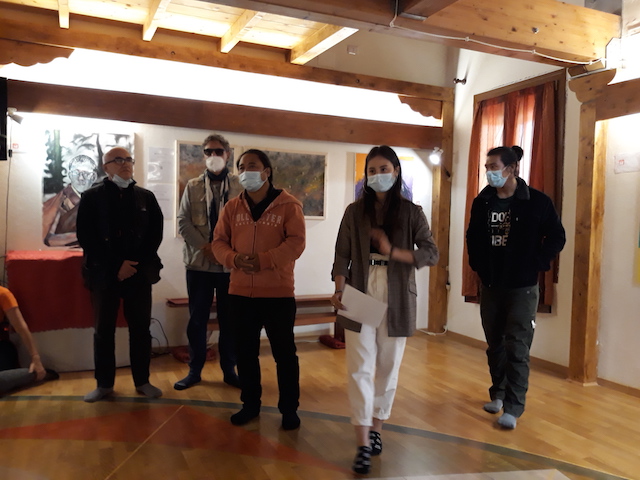 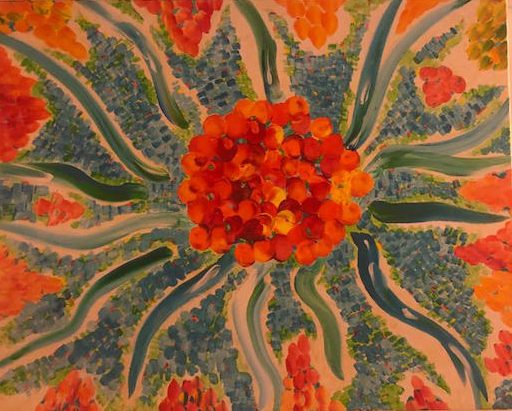 Known by all in the Dzogchen Community for his skills as a Yantra Yoga instructor, Fabio Andrico also demonstrated his artistic skills and presented some of his canvases, done spontaneously during the lockdown. During the presentation he explained how he found painting a way to express the sensations that come to him directly – the canvas being space, colors are light, and the dimension of the elements continually manifesting in space, creating a harmony. 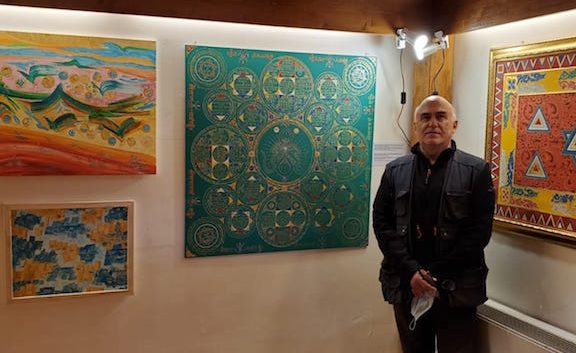 Calligrapher Giorgio Dallorto offered two large calligraphic paintings to the exhibition. Both written in exquisite golden Uchen script, one of them displayed the Long Tun with the Invocation to Ekajati and Dorje Legpa, while the second highly detailed work revealed the Dorje Sempa Namkha Che Tantra, the root text complete with 55 quartains.

Tibetan artist Kunga who works with ASIA Onlus in Rome brought several large colorful portraits to display. At the inauguration he told listeners that painting is like a meditation for him and spoke of his love of color. On each of his works he had added verses in khyu yig script, which, he explained, was easier to read. He also wanted people to learn about another type of Tibetan calligraphy so that it doesn’t disappear in the future. 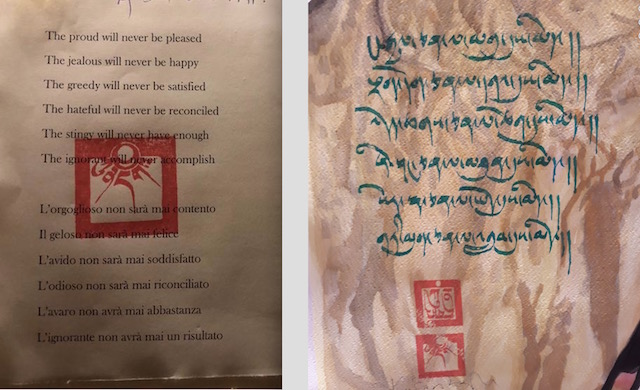 The Sounds and Spaces exhibition will be open until October 4.