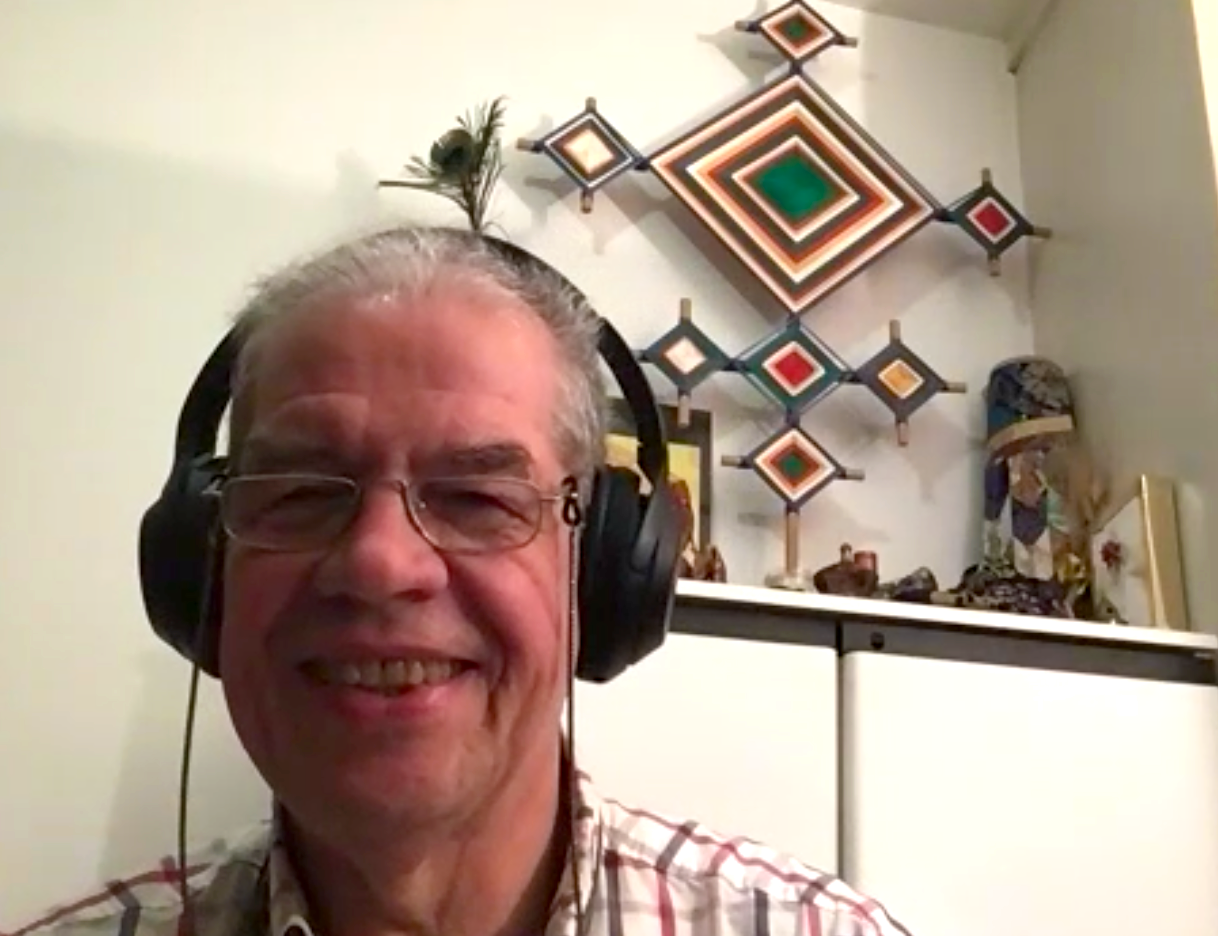 by Loek Jehee, the founder and moderator of Norbunet

Based on an interview done with The Mirror on October 3, 2021

I am the founder and moderator of Norbunet. It all began with a computer generously donated by a member of the Dutch Sangha, Guido Blondelle, who now lives near Dzamling Gar in Tenerife.

Guido donated his computer to the Gönpa of Amsterdam, which was then in Francoise Van den Berg’s house. He donated a Microsoft computer with a modem and that was in 1995. On that computer I had my first experiences with email. That year marked the beginning of the public internet. It was not really possible to have personal internet connections at that time, there were some bulletin boards hosted on computers by individuals. And there was military and university internet, but not personal. Also there were no graphics as there are now, only text; black screens with green letters on it, etc.

At that time in the Community there were only paper communications, Il Bulletino, the local newsletters, The Mirror, which was only on paper at that time, so I thought that there was a need to improve communication with the new medium of email; email was already starting to get very important. Together Francoise and I started this email communication, and that was the birth of Norbunet.

We initiated Norbunet with an inspired poem based on the Seven Line Prayer of Padmasambhava. I wrote it and we distributed it and Norbunet became popular immediately.

It’s name is NORBUNET
It never arose
It never existed
You cannot find it in any direction
It’s on the Internet
of our mind
It is nothing else but a name
in a computer program.
It  benefits all beings.

It was completely open in those days and people started to send all kinds of strange messages, lots of good luck totems, virus warnings, and all kinds of things that had nothing to do with the Dzogchen Community. Many personal oriented and ego expressions; it was kind of an unfocused open forum. Also people protested against the name Norbunet, they said it was not respectful to call it Norbunet, it should be called ChögyalNamkhaiNorbuRinpocheNet.

So I decided to ask Rinpoche himself and I wrote him a polite email and I asked, “Please advise Rinpoche, do you think the name is disrespectful?” and Rinpoche replied, “ Dear Loek, It is very good you call it Norbunet, you don’t worry, it is only human nature that they should say something always. I feel honored rather than not respected.” From that moment on I knew that the name Norbunet was totally fine.

I wanted to safeguard the quality and the focus of Norbunet, there was a kind of degeneration going on. To uphold the standard of information, we started to make it a moderated list. Also at that time Rinpoche advised me to avoid discussions or gossip or debate. He did not like that. So I made a golden rule, no discussion or anything of that nature. Also it because clear to me that teachings or related topics were the exclusive right of The Mirror. So it was very nice to have this framework for the moderation.

I was, and continue to be, the only moderator. People didn’t like me because they wanted to have their fantastic question, image or discussion to be posted and I said no. Frequently people said I was a censor, I was terrible and so forth. Sometimes it was kind of funny. In some regions censorship is considered to be the worst possible action, but Norbunet would not have survived if we did not moderate it.

So there was a lot of negative reaction and I decided to make a policy so that you receive these General Conditions as soon as you subscribe. The Conditions say that I am the only one who decides what is posted and I do not have to say why or if and if you don’t like it, it will not be possible for you to continue to be on the mailing list. Unfortunately, I had to refer to these conditions quite a few times, but in general people understand.

The policies gradually developed based on my experience. I had advice from different people and Rinpoche, but sometimes you just have to rely on your own clarity and sometimes my alarm bells would just start ringing. There has never been a moderating team or board and I think in this way it has become more stable and people now know what the policy is and I don’t have so many problems anymore.

I have to post things everyday, but it does not take so much time. I look at the sender and the subject line, and usually I can tell right away that this is ok or not. I look at the message and I either click to send or discard. The only time it takes more time is if there is a debate about posting. Nine of the ten messages these days are announcements, events from the Community or institutions, sometimes personal requests and requests for prayers if someone died, but it is not time consuming, it’s about checking your email.

The first seven years we had a free server because I was a volunteer at that service provider so they knew me. Also it was the pioneering stage of the internet. But then there were increasing viruses so Norbunet was being spammed and automatically sending viruses all over, so we had to look elsewhere. Thanks to Grisha Mokhin and Vadim Sinolitz we set up servers in Russia and Latvia. Viola, from Latvia,hosted and sponsored the Latvian server for about three years. So we had the two servers but the maintenance was very difficult and there were large amounts of spam, occasional hard disk failures, the cleaning lady sometimes unplugged things and Norbunet went down, and people would send very large attachments that choked the server. So I am very grateful to Grisha for all his help cleaning things up and he was also my backup when I went on holidays.

In July of 2011 we could not longer manage in this way so we decided to go to Google Groups. Grisha had recommended that. From that time onwards we are on Google Groups. There were also several protests against Google as a platform. Yet I am very glad we made this decision and until now I have not heard of anyone experiencing problems. Google is very stable, reliable and is free. Up until Google, the Russian and Latvian servers cost money and we had very generous sponsors from individuals such as Dick Drury and also from the Russian Community, and I want to thank them all very much.

I feel honored to be able to participate and collaborate for all these years. I am happy that my participation creates something beneficial and practical. Also the announcements for events etc. are very useful because email is an immediate medium. I don’t think the value of email is degenerating even with Facebook, Instagram, new social media, Sangha App, which are all very useful but lack the immediacy of the email of Norbunet.

So as long as I live and I am healthy I will continue this job and if I die I am sure some competent and reliable person will be appointed to take it over. I think Norbunet will exist for a couple of more years and maybe the new media will take over, but in the short run it will survive. It is all due to the blessings of the Master that I was able to do this.

Send an Email message from the account on which you wish to receive Norbunet to the following address: norbunet+subscribe@googlegroups.com and fill in at the subject-line: Subscribe. The body of the message can stay empty.