Destined To Become A Landmark Event In Tenerife 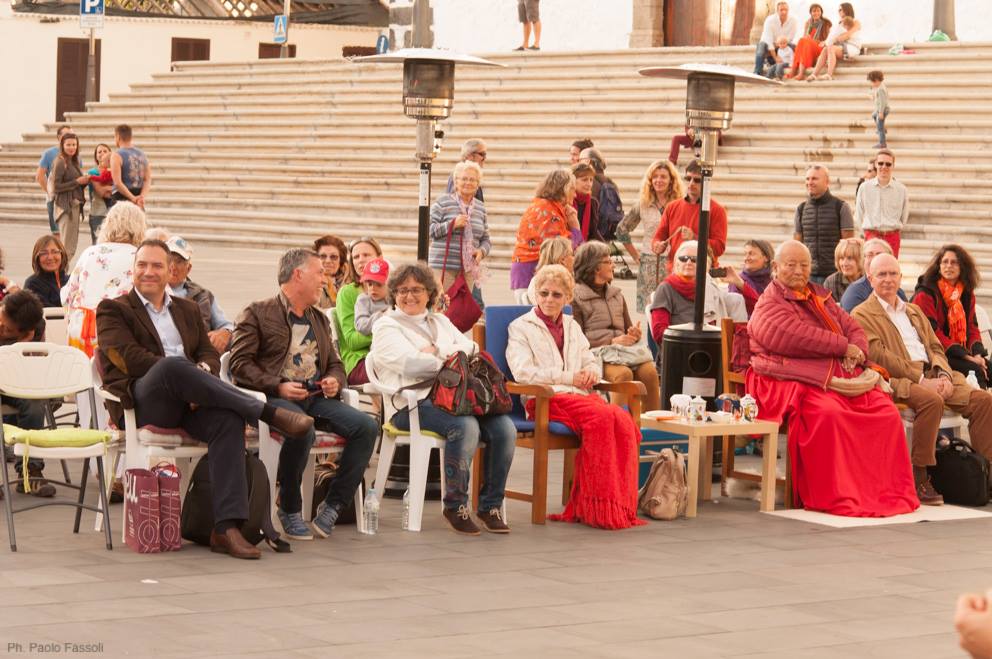 In 2011, after the Thögal Retreat, we were in Punta del Hidalgo and when we finished a Ganapuja, Rinpoche presented a selection of videos of Tibetan music and horse races for the first time.

Soon after it was Rinpoche’s birthday and the Kundusling (Barcelona) Gakyil organized a nice party after the Mandarava practice. It was during this party, standing inside the mandala, that we sang Sherpa Manglu (Acha Tsendep) recorded a video and sent it as a birthday gift to Rinpoche.

In the following months, the singing and dancing during retreats became part of the program. Rinpoche’s initial Top Ten Hits have become 180 Top Hits. 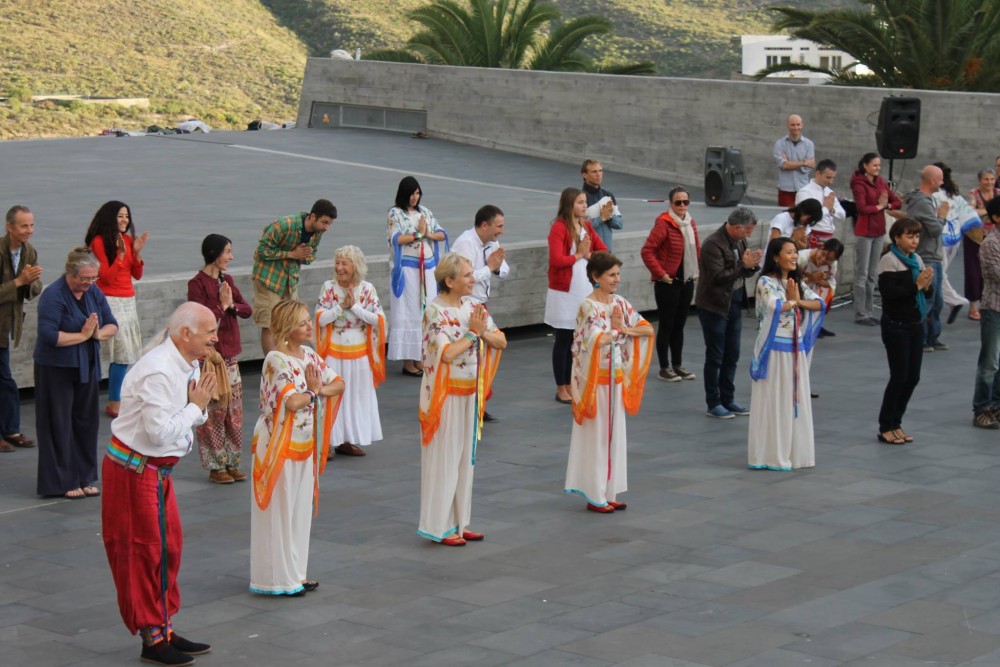 Khaita and Community dancers together

This is one of a myriad of skillful means Rinpoche uses to teach us. Adriana Dal Borgo is a true inspiration in this process, with her dedication to teach natural born dancers and the wooden legs around the world. Topgyal Gontse and Tsering Dolker also started to travel to teach workshops, increasingly appreciated and recognized for their style and carisma.

In 2015 we returned to Plaza España, with its majestic mountains as backdrop where we have danced twice before. On this occasion, the municipality of Adeje embraced the event as part of its program, Adeje Convivencia Diez/Adeje Together. The councilor for economic development, Ermitas Moreira García, responsible for this program, greeted the dancers and audience on behalf of the mayor. The councilor for education, artistic and cultural heritage, Andrés Perez Ramos found himself having a joyful moment when he joined the dances. Andrés Perez Ramos has posted nice photos on facebook and got “likes” and requests of notification from his friends wishing to participate the next time. The councilor of culture, Nayra Medina Bethencourt, always a gracious supporter, found time to honor us with her presence. 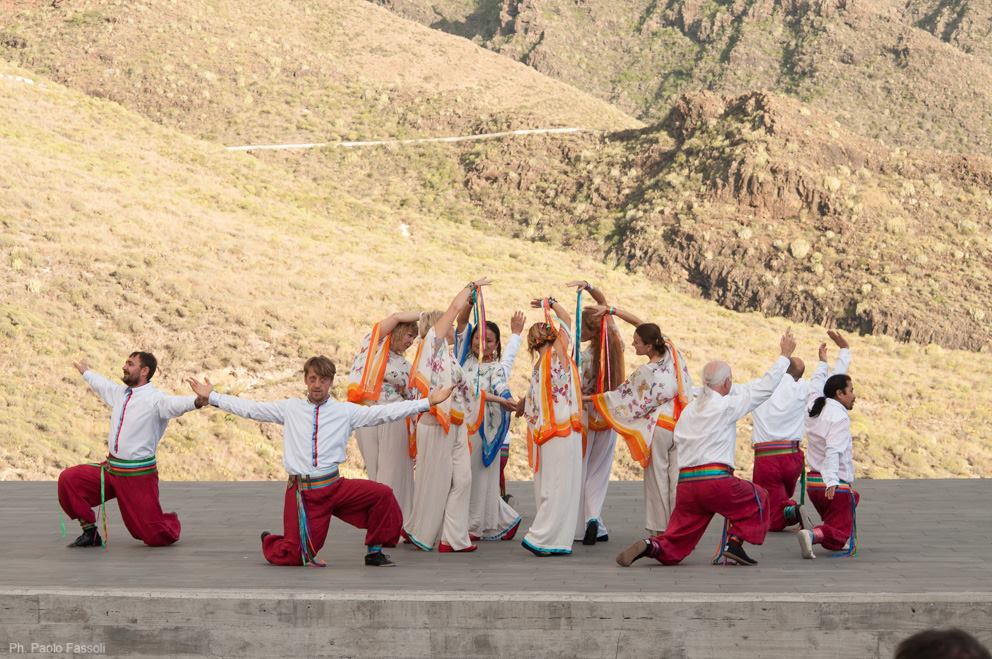 Vicente Zapata, Co-director and Professor of Human Geography at University of La Laguna and the Academic Director of Immigration Observatory, Tenerife (OBITen), came from Juntos en la Misma Dirección/Together in the Same Dirección. It is with gratitude that we receive his recognition that, even though we are only a recently established community here in Tenerife, we are very active in cultural events. 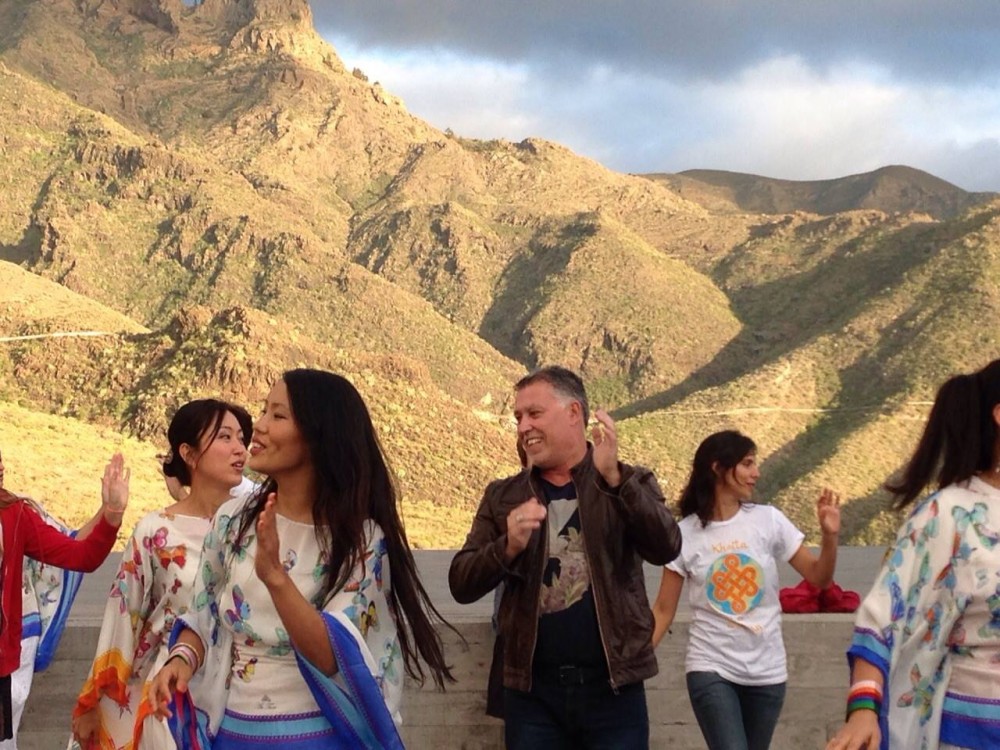 Lama Denys Rinpoche, from Karma Ling and Rimay Université, watched the performances beside Chögyal Namkhai Norbu. Lama Denys Rinpoche is currently our neighbor in Playa Paraiso and will be teaching a weekly Open Mindfulness Training at the Universidad de La Laguna starting on January 29th, 2015.

At the closing, Gloria Cabello, president of the Center for Buddhist Studies Ghe Pel Ling Canarias and Ven. Lobsang Chöpel, their resident monk, came to greet Rinpoche and express their congratulations for the event. 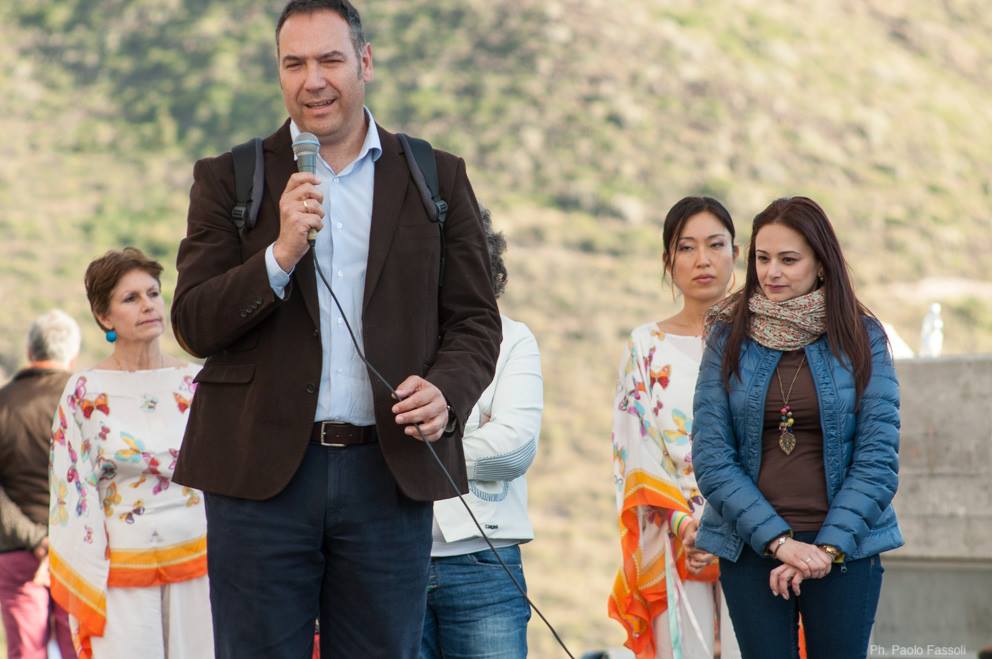 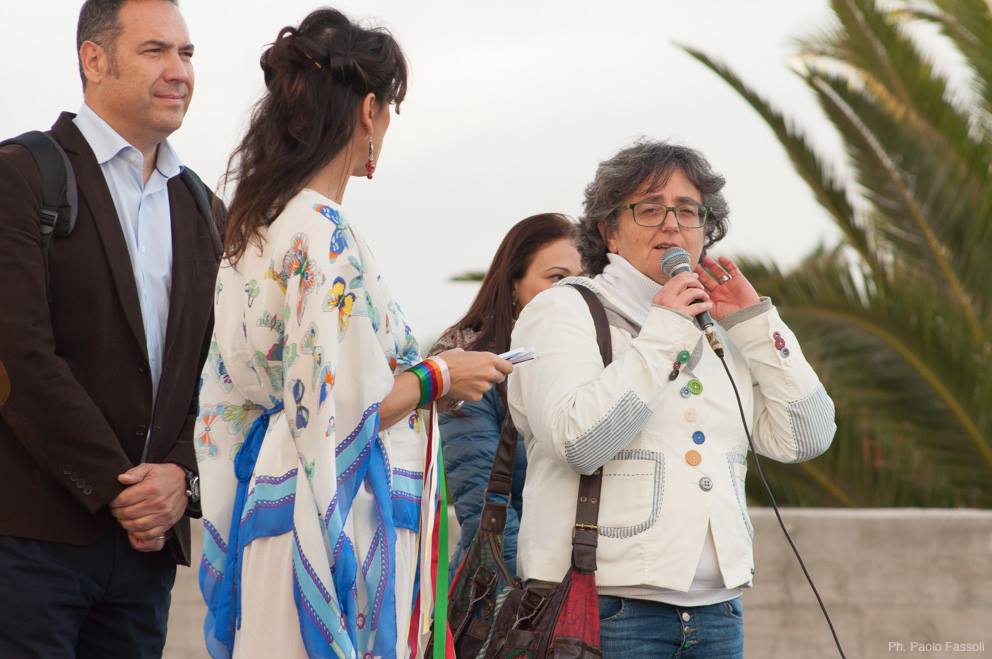 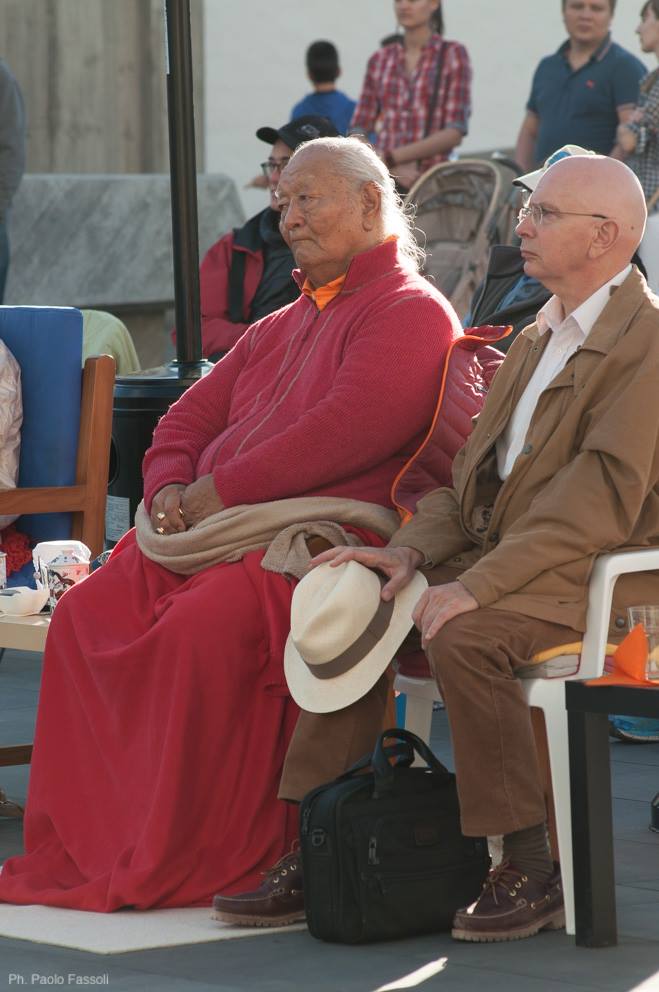 The Khaita Festival ended its first day creating expectations for a return to Plaza España. 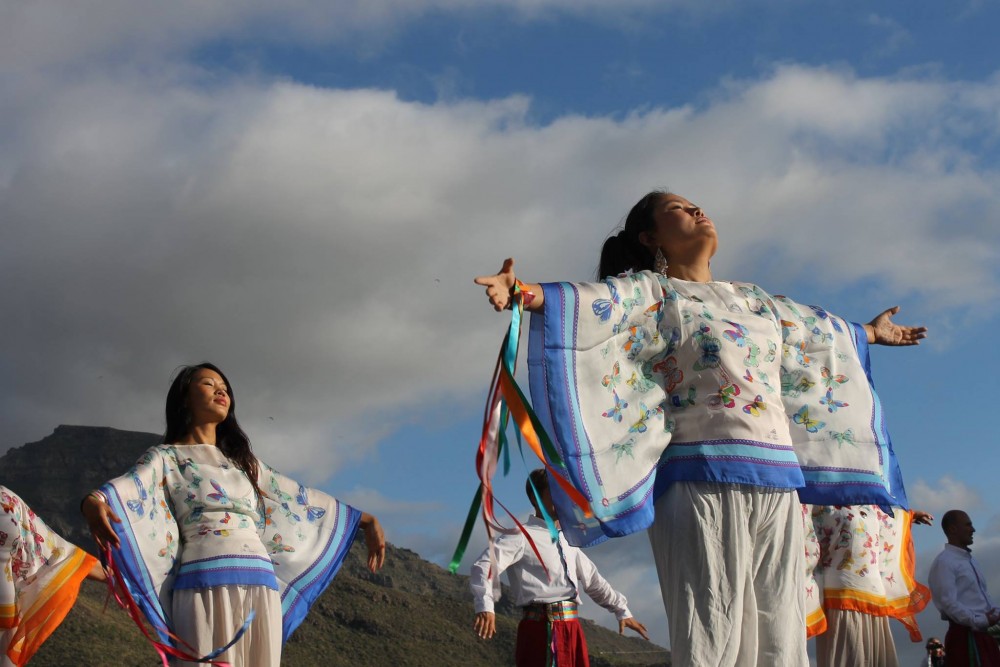 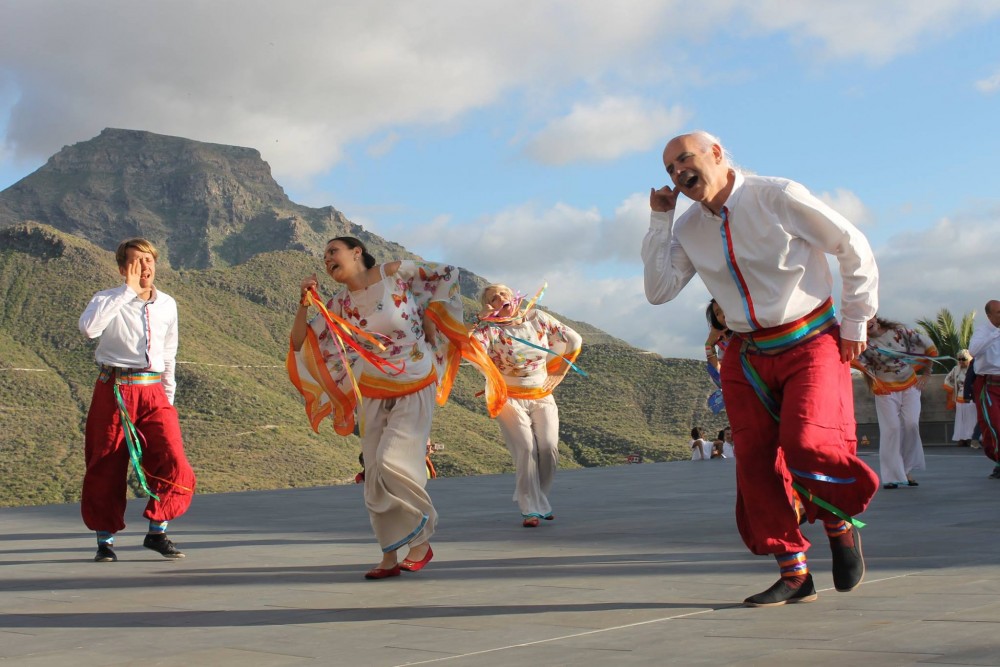 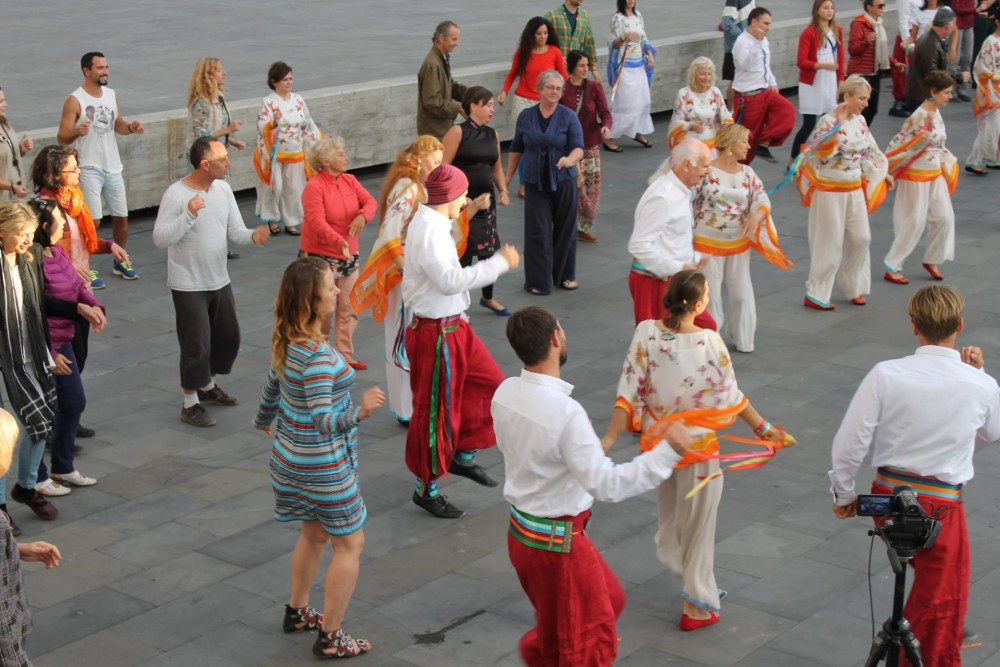 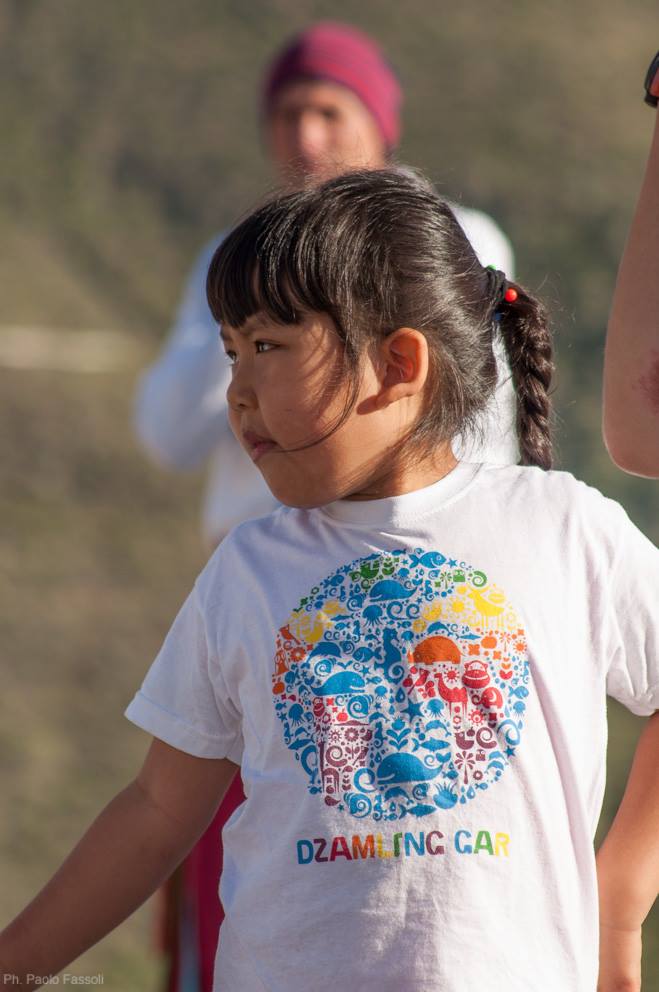