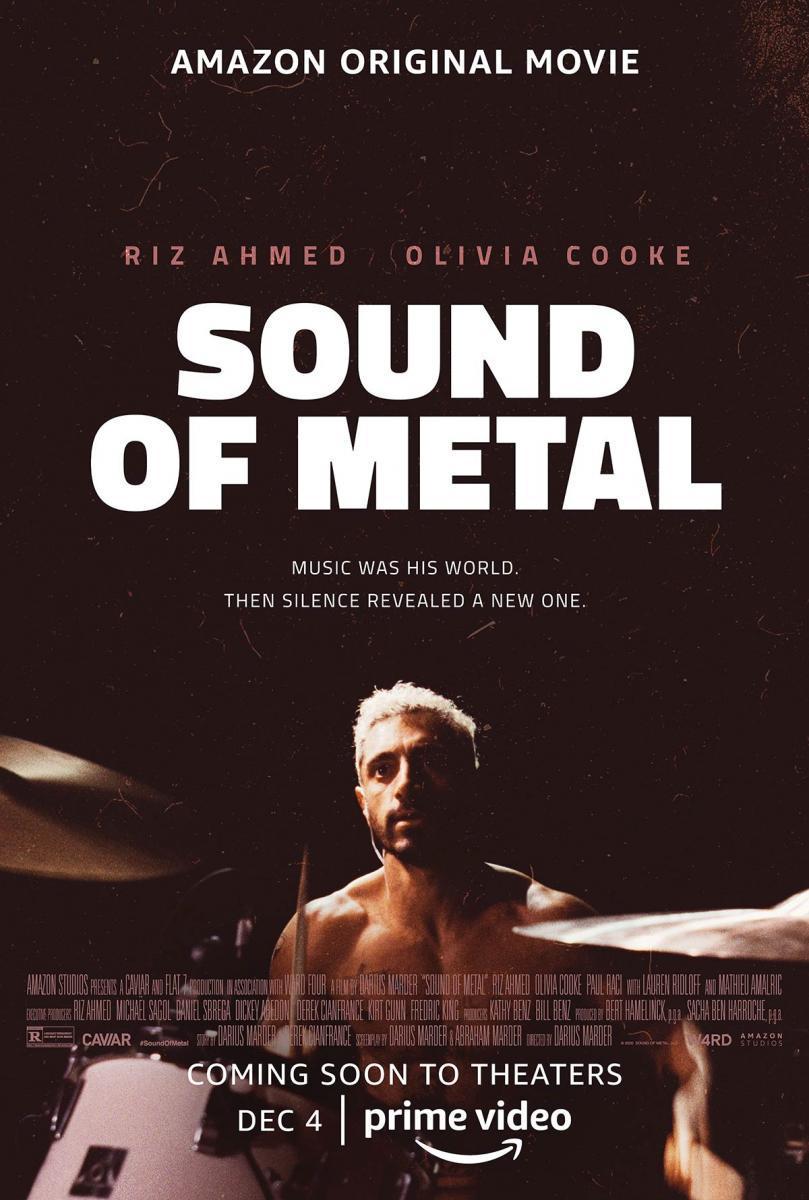 It gives me great pleasure to tell you about Sound of Metal, the Oscar nominated, Oscar winning film written by Darius and Abraham Marder and directed by Darius Marder. It makes me so happy because Darius and Abraham are the children of my friends, long time Dzogchen Community members Efrem Marder and Lauri Marder. I have known Abe and Dar as children growing up in and amongst first the Gurdjeiff Community and then the Dzogchen Community. What moves me most is really a testament to their parents Lauri and Efrem, and how they chose to live within or close to the center of Community activities and Community life. It was a conscious decision, not at all an easy one, but one that, I like to believe, imbued them with the tools necessary to shepherd each of their five children to have the freedom to find the paths that most suited them. Lauri and Efrem are both artists and practitioners and I have no doubt that the combination of the practice and what they already knew as artists (and a fair dose of genetics) allowed Darius and Abraham the freedom of creative expression to enter the visionary world that allowed this film to be born.

Sound of Metal opens to the pounding music of Ruben (played by Riz Ahmed and nominated for the Oscar for best actor) and his girlfriend Lou playing heavy metal music in a club. Ruben is the drummer, Lou the singer. The musical genre of heavy metal has often seemed violent to me and difficult to listen to. In this opening to the film I experienced it as cathartic, ecstatic, a release of pain into the atmosphere of the club with its crashing sounds, strobes, sweat, tattoos (Ruben has a tattoo written across his chest: Please Kill Me), piercings, screaming, and surrender.

In the beautiful calm of their caravan, filled with a gentle light we see the love they have for each other. And we learn that they have overcome pain of addictions and self-harming behaviors with the help of their love and reliance on each other, and through their music. They are living life on the road, devoted to each other and the music, having overcome the suffering of earlier times.

But, something begins to change quickly and profoundly for Ruben. He is rapidly loosing his hearing. A remarkable feature of the film (and why it won the Oscar for Best Sound) is that we go on this journey with Ruben. The sound of the film is altered so that the audience hears an approximation of what Ruben hears. He cannot hear Lou. He cannot hear the doctors he sees. The look in his eyes is one of a frightened cornered animal. We feel his desperation.  He just wants it fixed. He hears about cochlear implants and in his mind it is the obvious solution that will restore his hearing. He is panicked and in danger of using again. Lou contacts his sponsor who researches and finds a rehab facility specifically for deaf addicts. It is also a school for deaf kids. It is a nurturing community where deafness is part of life.

Ruben enters the program and commits to being part of the community. He learns to sign, to read lips, to work with the children and he makes friends. But the fear is still in his eyes. Lou has returned to Belgium to face her past and he is alone. The best part of his life had been with her making music and performing. His mentor in the rehab facility (played by Paul Raci, nominated for the Oscar for Best Supporting Actor) works with him to accept his condition and assigns him to sit alone in a room every day and wait for his thoughts to settle and write what he feels. He asks him: “Have you had any moments of stillness?” Saying: “That is the kingdom of God and will never abandon you.”

We see that Ruben has not had these still moments. He wants his life back. He sells everything he has, his camper, instruments, recording equipment and has the surgery to place the cochlear implants. Having chosen this path he is asked to leave the deaf community where the goal is to accept deafness and work within that framework.

It is best not to reveal the conclusion of the film. But to leave you feeling curious about its resolution. Suffice it to say that Ruben does find a stillness within himself that transcends hearing and deafness. That moment is so poignant due to the superb acting of Riz Ahmed. We see the fear leave his eyes and a presence overtake him as if he was awakening to his life.

As the credits roll we hear the extremely beautiful song written and sung by Abraham Marder “Green”. Here is a YouTube link with some scenes from the film: