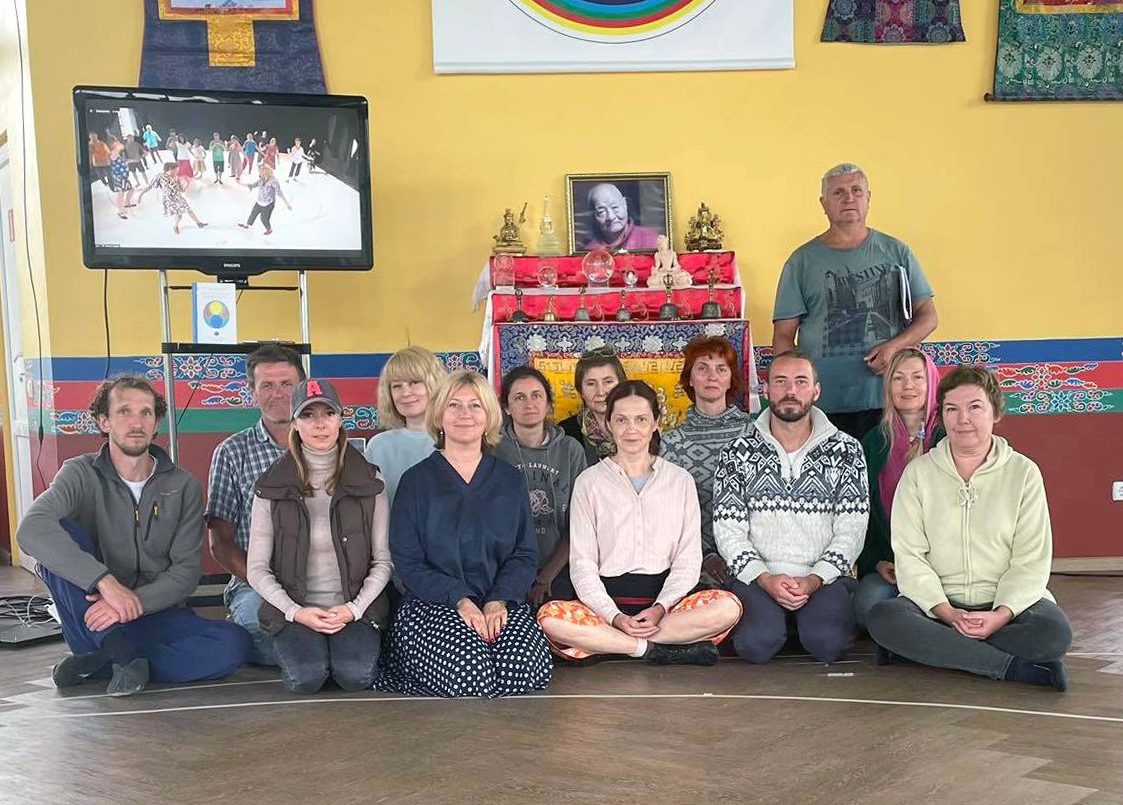 On June 14-18, Kunsangar South, Crimea, hosted an educational retreat on the Vajra Dance of Space of the Song of the Vajra.

Kunsangar South has been long waiting for Prima Mai to visit. The retreat was planned for May 2020. Fortunately, thanks to cooperation with Dejamling (France), it was possible to conduct a training course using a remote connection in the summer of 2021.

We danced, learned steps and mudras, and communicated with Prima. New experiences are always valuable. It was new to everyone. In the summer of 2020, Kunsangar North held the first comprehensive Khalong training retreat, becoming the starting point for online Vajra Dance courses. This time the broadcast was organized by Dejamling and hosted from the art space La Filature du Mazel. 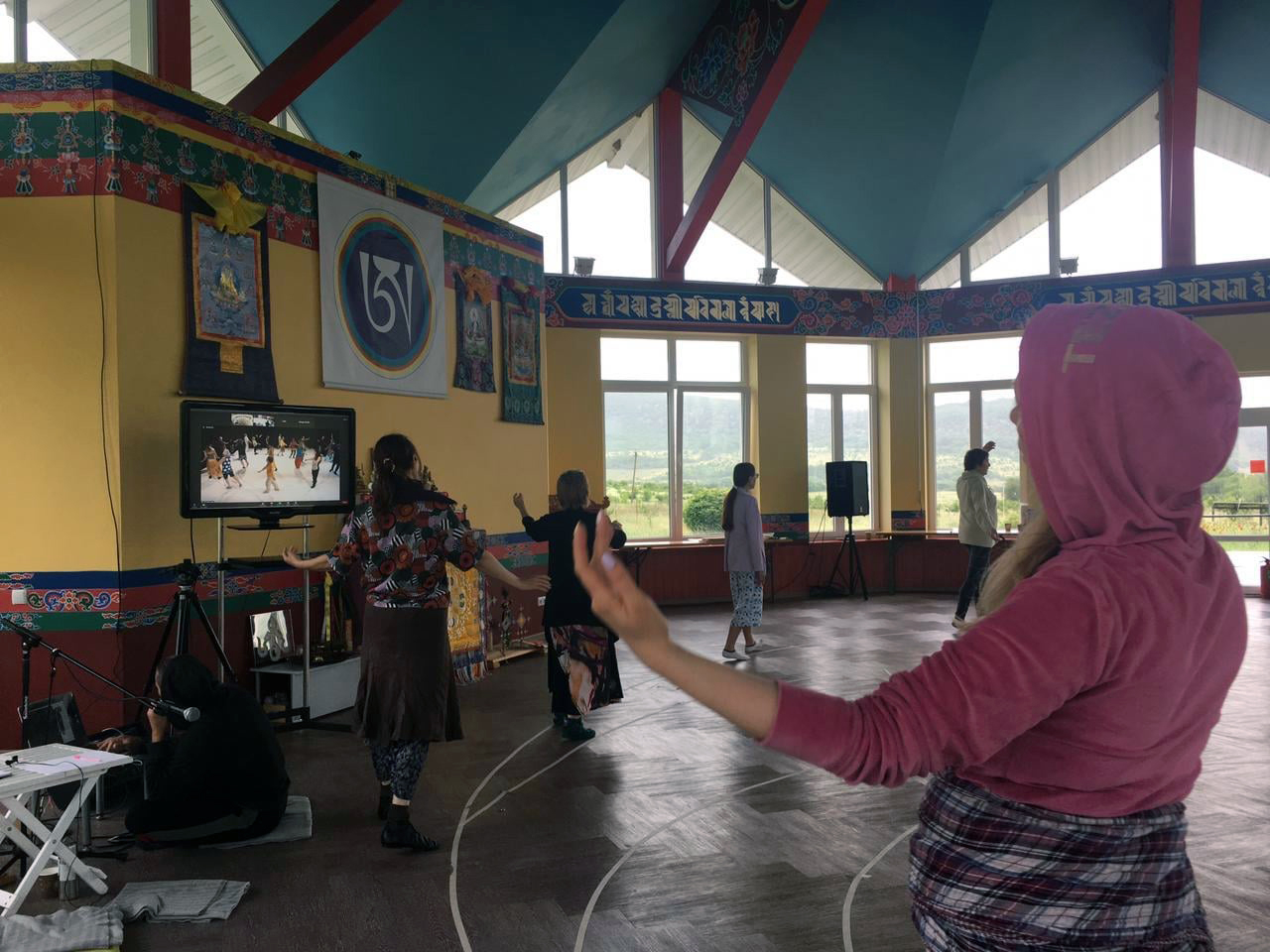 In addition to Kunsangar South, Kundrolling, Buryatia, joined the broadcast. More than twenty participants gathered in Ulan-Ude, wishing to study this extraordinary Upadesha method, which we, fortunate disciples of Namkhai Norbu Rinpoche, keep and will keep alive with dignity.

Tanya Gerasimova came to Kunsangar South to help us understand the steps on the mandala. Ruslan Kim was invited to Ulan-Ude. We saw each other wonderfully on the screens. And, as Prima Mai noted, perhaps in the near future we will be able to broadcast holographic volumetric forms-images to simulate the dance in space. 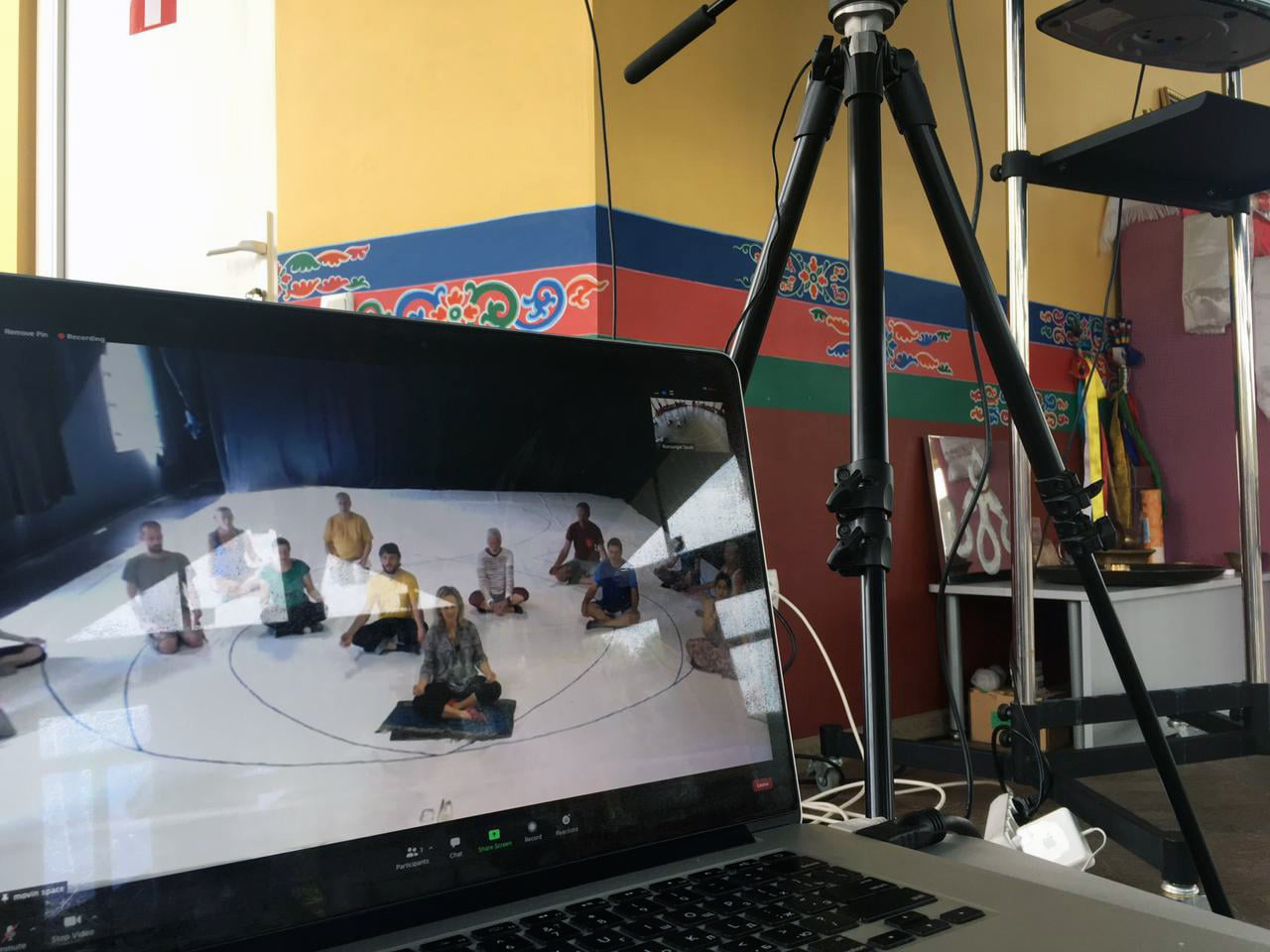 Prima shared stories of her encounters with Rinpoche on the Mandala. She read the texts of Rinpoche’s dreams about the Dance, already included in the new book which is being prepared for publication. These moments are priceless! The Internet connection sometimes failed. It was not always easy to hear, but that didn’t stop us from studying the dance and being together. Sometimes the picture froze, the image went in slow motion, sometimes it speeded up, creating interesting effects. All these are technical details that only give impetus for further development.

During this period a small number of face-to-face retreats and meetings at the Gar are precious and joyful. I wish we could meet more often! At Kunsangar South there is a Khalong mandala, laid under the incredible sky-colored dome of the Gonpa. When the sound of the Awakening tune is heard in the Gonpa, it is a cosmic state. The whole universe is dancing with us.