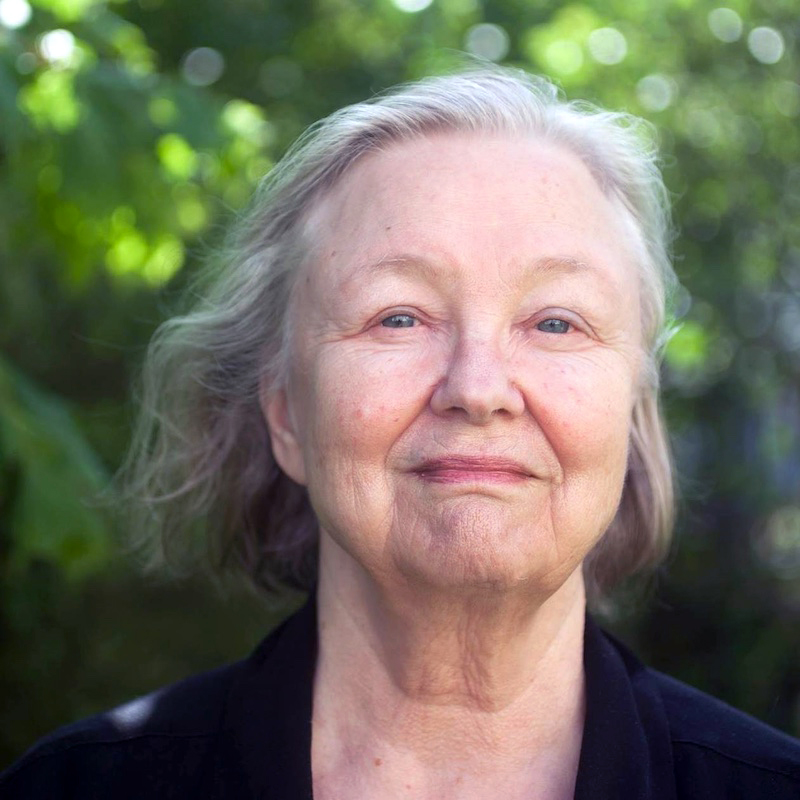 Tuula Saarikoski, our vajra sister for four decades, passed away in Helsinki, Finland, on July 15th 2021 at the age of 84 years. She was born in 1936 in Vyborg (Viipuri). A few years later the turmoil of the Second World War started, and in 1944 the family had to flee the war. Vyborg with large parts of the Karelia region had to be ceded to the Soviet Union, so there was no way back. The family settled in Helsinki. In 1958 she married the author, poet and translator Pentti Saarikoski and they had two children. After their divorce in 1964 Tuula raised the children as a single parent while making a professional career as a journalist at several women’s magazines, and as public relations manager at the fashion and design company Marimekko.

Tuula said that ever since her childhood, she always had the comforting knowledge that at the halfway point of her life, at 40 years, everything would change for the better. When Kalu Rinpoche visited Helsinki in 1977, Tuula went to the public talk as she wanted to see a real Tibetan lama like the one she had read about in Rudyard Kipling’s Kim. She ended up translating first the public talk, and later a teaching session, and in the end she participated in the Avalokiteshvara initiation. She started to apply the practices she had learned. After some time she started to visit and receive teachings from Lama Ngawang in Stockholm, who, however, consistently avoided giving her the transmission to do the Ngöndro.

At the beginning of the 1980’s Tuula heard about a teacher called Namkhai Norbu. Following her intuition, she wrote to Rinpoche to invite him to teach in Finland. At that time his schedule for the year was already set, but the following year it was possible. Rinpoche arrived in Finland for the first time on September 3rd 1981, with young Yeshi Namkhai and Nancy Simmons travelling with him. The teachings were held at Tuula’s apartment in Helsinki, with Nancy and Tuula translating. Some time after Rinpoche and his entourage had left Finland, Tuula realized to her amazement that she had already met Rinpoche many times in her dreams over several years. He didn’t appear as a teacher in her dreams, but as an owner of a white house.  But after the visit she remembered a dream in which she made the exact same walk in downtown Helsinki with the dream Rinpoche, as she now made with the real Rinpoche and another student. It was concrete proof that such incredible things are possible, and Tuula was sure beyond doubt that she had found her teacher. Rinpoche visited Finland once more in 1982, for a teaching retreat in Ilomantsi, close to the Russian border. A third visit was also planned, but had to be cancelled because of the nuclear accident in Chernobyl.

Starting in 1988, Tuula lived for four years near Merigar, where among other things she was an editor of The Mirror for some time. During those years she also translated into Finnish Umberto Eco’s Il Pendolo di Foucalt. Several Finnish practitioners stayed at her house when they came to Merigar.

Tuula described her encounters with Tibetan teachers and Buddhist teachings in two books, Tiikerin polulla and Valon ydin (“On the Path of the Tiger” and “The Essence of Light”, respectively). These books provide (regrettably only to Finnish readers) a wonderful view into the early days of the Dzogchen Community, and have inspired many and served as the secondary cause for some to connect with the teachings of Chögyal Namkhai Norbu. She also translated several essential books such as Sogyal Rinpoche’s “Tibetan Book of Living and Dying” and several books by HH Dalai Lama and Tenzin Wangyal Rinpoche.

Tuula created connections with many Buddhist traditions, and was well respected also by members of other dharma groups in Finland. For many she was the contact person and guide necessary in the beginning steps of the path of evolution of the mind, either in person or through the books she wrote. Tuula was also a founding member of the Finnish-Tibetan Cultural Association, and organized the Dalai Lama’s three visits to Finland in 1988, 2006 and 2011. On the first visit he gave on Tuula’s request a talk about Dzogchen. The teaching His Holiness gave can be found in the book “Dzogchen: Heart Essence of Great Perfection” (Snow Lion). On a later visit, when His Holiness arrived in Finland and Tuula was at the airport to meet him, he greeted her like an old friend.

Tuula excelled in finding clear solutions in unclear situations. She would adapt to changing circumstances, such as those that arose during the visit of Chimed Rigzin Rinpoche she was co-organizing with the Finnish Khordong group in 2002. The venue for teaching and accommodation was booked and participants were present when the news arrived about the serious illness of the teacher. Would the retreat be cancelled? Tuula’s solution was to not cancel anything: first make some soup together, then start doing practices, and dedicate the weekend for the health of the ailing teacher.

In her memoirs Tuula wrote: “Life and dream are alike: once they end, you can’t bring anything with you. Not your name, not your property, not your prestige, no fruits of your labor. When you wake up from a dream, you often only remember that there was something. It might be that way also with life. If I have a chance to choose my rebirth in the bardo, I’ll be happy to become a human in this nice place with these people”.

Clarity of mind and expression were characteristic of her. We will miss Tuula’s presence and her direct way of expressing her opinions.

With gratitude and on behalf of the Dzogchen Community members in Finland,