A Talk by Igor Legati

Last day of the Zernga Retreat at Merigar West, August 8, 2022 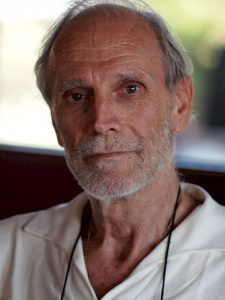 Now I would like to say something regarding my personal considerations regarding the Master and the Community that maybe can be useful to everybody; to explain the situation of the Dzogchen Community and the Master, how it is presented and how it is developing.

You know that all the schools in Tibet, all traditional schools in Tibet, are Tantric schools, Vajrayana schools. In all these schools, the Tantric teaching is developed. As you know, the teaching of Tantra is made of the two stages, Kyerim and Dzogrim, the stage of generation and the stage of completion, and in all the schools they develop this practice for years and years. Therefore all practitioners are accustomed to this method of Tantra, and even in the Nyigmapa school when there is a classification of the teaching which is contemplating Anuyoga and Atiyoga, they are practicing Kyerim and Dzogrim. This is the normal way of developing the practice in Tibet, in all the schools.

Our Master grew up in Tibet, he grew up in the Sakyapa Monastery learning this method and he followed this way. We know that then he had the direct Introduction from Chang Chub Dorje, he learned something very deep and very clear; he learned Dzogchen.

When he came to the West, in this case to Italy, he started to live a normal life. He found work to make a living and started a family, had children, and then after a while he decided, as we know, to start teaching Dzogchen. When he started to teach Dzogchen, he started as he learned, so he started with Upadesha, because this is the way of Tibet, and after a short time he understood that it was not working. It was not working because in the West nobody practiced Kyerim and Dzogrim, so starting from Upadesha was not easy for Westerners. So he had to rediscover the teaching of Garab Dorje, because in the teaching of Garab Dorje there is no Kyerim and Dzogrim, there is Semde, Longde and Upadesha. These are, as the Master explained, three ways that can be independent one from the other, but anyway we can understand there is a difference, there is a development, a maturation in the practice, and in the teachings that were transmitted by Garab Dorje and systematized by Manjushrimitra in these three series, there are Semde, Longde and Upadesha.

The teaching that Rinpoche transmitted to us is really something completely new in this epoch, in our time. It’s not new in the sense that of course it was transmitted by Garab Dorje a long time ago, but he rediscovered and revived these teachings himself and then transmitted this in the West, in the West that is completely different from Tibet, where people are usually very busy in everyday life. Little by little, he adapted these teachings, these revived teachings, for the West. He understood that this teaching, this Dzogchen teaching, as is pure Dzogchen teaching, can be good in the West where people are not able to do years and years of retreat. This is something that is not existing amongst any Tibetan Master, there is no one, according to me, that has developed the Teaching of Dzogchen in this way.

This is not to say that he’s the best, this is not the issue at all. It’s just in order to understand that it’s a particular teaching that is different from that of any other Master that is existing or has existed in this last period. It’s something completely new because this was developed in the West by a Master who never retired for years and years in some cave to practice. He demonstrated that the teaching of Dzogchen in the highest level is possible for a normal person. He developed this Dzogchen teaching doing normal life, working every day in the University, having a family. He was the living example that Dzogchen can be practiced in the West, in the standard condition of the West.

So he developed this and he was, of course, quite aware that this was a very original teaching. This is the reason why at a certain point he started this famous Santi Maha Sangha training. That was his way (of giving) his teaching that he revived in this way, he rediscovered in this way and practiced and realized in this way, to his students. He knew very well that this teaching was not similar to any other teaching existing in Tibet or outside Tibet. He never said this teaching is the best. He said that his teaching is this teaching. It is different from other teachings. There are fantastic teachings, Tantric teachings, very high level teachings, very deep teachings, but nobody, as far as I know, no Master in Tibet or outside Tibet, had this formation, has this experience, direct experience. We have to understand this point because it’s quite an important point.

So there is no problem in, for instance, following other Masters, inviting other Masters. Rinpoche himself explained many times that if your Master is saying that you have to follow only him or her and nobody else, it’s better you change Master. So it’s not a problem of exclusivity, or something like this, just to understand that Rinpoche’s teaching is not similar to any other teaching in this moment of the history of the Earth. He really developed this teaching always being in a normal life, only living a normal life. He worked in the University for many years, until maturing a pension which was for living after leaving the work. Also this is not something common. As far as we know all his Masters were completely living a life in monasteries or in retreat places. Even his uncles who were great Masters, they lived a usual Tibetan life, always being in monasteries, always being in some retreat places for years and years doing practice, so his experience is completely unique.

Also Masters from this tradition coming to the West, to Western countries, very often live in this way, doing practice continuously in retreats, something like this. There is no one who developed the same capacity, the same experience of our Master. He very much developed in the course of years that his teachings became less and less complicated with complicated Tantric practices, and he always insisted more and more on doing Ati Guruyoga, in developing ordinary presence in everyday life and in working with circumstances as a way to behave, as a behavior. He really developed a teaching that was simpler and simpler, very affordable for Westerners, and as a consequence of this situation, he developed the Dzogchen Community.

As a consequence of this new teaching, he developed the Dzogchen Community that is different from any other Dharma center in the world. All the other Dharma centers in the world are managed by a group of people that are not changing, never changing. Usually there is a Master and some two or three administrators, and this is the direction of the center. When you go there to learn the teaching, you will never ever have the possibility to be the administrator of the center. You are just a student, you learn and then you go away or you stay for a while, but you are never asked to be the manager, a manager in the sense of responsibility, of the center. This is completely impossible.

This is the same way in which in our society things are usually organized. For instance, in our society we have schools. When you go to school there is a group of people managing the school, but you as a student will never have the possibility to have anything to say to the management. So in a private company and everywhere you know very well that there is a Board of Directors that do as they like and the people who are following some services cannot say anything regarding the management. When Rinpoche started the Dzogchen Community he wrote this document explaining what is the Gakyil. The Gakyil is the owner of the Community. It’s not just a manner of speaking, it is the owner of the Community. And you can be part of the Gakyil of the Gar or the Ling where you live, there was just a rule, after three years of membership you can be a member of the Gakyil. So after a very short time of following and having interest in the Dzogchen Community and Dzogchen teaching, you can apply, you can offer yourself for being a manager of the Community, and you are solicited, you are asked to do this, because when you are being responsible for the Community and taking this responsibility, you learn something that you cannot learn in any kind of formal practice because the Dzogchen Community is based on presence and awareness. The Dzogchen Community is not based on power and money, and as a consequence if you behave in a strange way nobody follows you, even if you are the director of the Gakyil or vice-director or any position that you have. Nobody is following you.

So it’s very easy to say we are Dzogchen practitioners, we are Vajra brother and sister, we have to respect each other, etc etc, but when you are in the Gakyil and you have to decide every day what you have to do or what you don’t have to do, it’s not easy because immediately you fight with somebody else, because we are not the Master, we are students. So you have to learn, if you do a period in the Gakyil or any other position with responsibility in the Community, there are many, not only the Gakyil, you have to learn to respect others, not pretending that you are right. This is a training, a very special training.

Rinpoche said that the Dzogchen Community is like a family. It means that when you have a family, whatever you do inside the family is not that you are paid. If you do something in the family like repairing something or cooking something, or cleaning something, you are not paid for this. You do it for the family. This is collaboration. It’s not a question of making money. You work, you offer yourself for doing this because you are interested directly in this teaching. So all the work and responsibility that is done in the Community usually is not paid, the Gakyil is not paid. This is good for practitioners because they have the chance to offer their own time, their own intelligence, their own commitment to the teaching and to the Master, accumulating merits that you cannot accumulate in any other way at this level. So I think that we have to be aware of this condition.

We really have to appreciate the condition in which we are and we have to appreciate first of all the figure of our Master. He really did something that is completely new, and we have to be aware that a Master of this kind is not easy to find anywhere. It’s not easy to expect that we find another Master like this in ten minutes or in ten months. So we have to try to go on by ourselves now, as we can, because Rinpoche gave us the responsibility of the Dzogchen Community. There is not any group of managers that is managing everything and we just have to wait for their decision. Of course there are Gakyils, and the International Gakyil, but they change continuously and anybody of us can be a member of the International Gakyil. So we have to understand that this is our responsibility now to go on with what this kind of great Master transmitted to us.