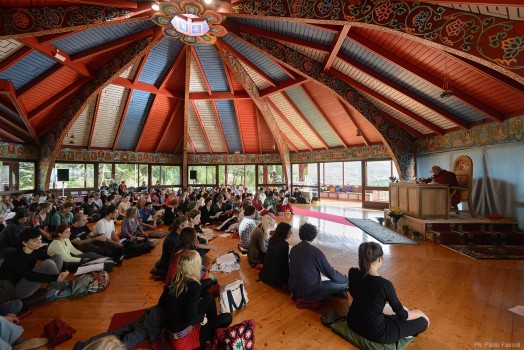 The retreat of the Upadesha of the Twenty-five Spaces took place in April at Merigar West under gray skies and pouring rain. The sun rarely showed its face, peeping through the clouds only from time to time. It has been a few years since we have seen the Master at Merigar in this season, but the tranquility of the spring combined well with the depth of the teaching. The people in the Gonpa were so comfortable that everyone had the chance to listen carefully to the words of the Master.

The Master began with the teachings of a general nature rightly and repeatedly reminding us not to lose the essence of the precious teachings that he gives us. He then went into details, explaining the practice of the twenty-five spaces and practicing with us.

On the third day of the retreat the presentation of the book “The Great Temple of Contemplation” was held at the castle in Arcidosso in which the Master personally participated, along with the mayor of Arcidosso, Emilio Landi, translators and editors of the book, Fabian Sanders and Iacobella Gaetani, and Fabio Maria Risolo. During the presentation the Master expressed his love for the Monte Amiata area and Arcidosso and its people, and how he felt to be part of this land. Touching words appreciated by all, but especially by those who like myself were born and raised on Mount Amiata and many others who have made this area their home for many years.

For the first time, at this retreat there was the opportunity to use a new type of financial participation based on generosity, which meant that those who have the possibility could sponsor the retreat, while everyone was able to participate in it. The Master is giving us the opportunity for greater self-management based precisely on the generosity that we are all able to express. 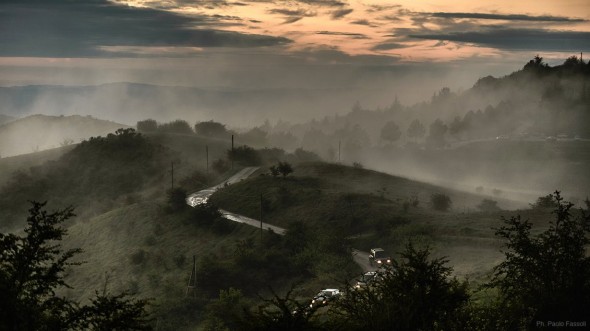 Every afternoon there were, as always, the Tibetan songs and dances, by now well-established at all the Gars, to which many people devote themselves daily with the Master.

At the organizational level it all went very well, and at the end of the retreat the Master congratulated all those who had participated in the organization. This was also a very peaceful retreat, much less chaotic than the summer retreats that typically take place in Merigar, but just as intense and valuable.