Even with the peculiar circumstances we are facing, we keep working to maintain this beautiful and sacred place. This year nature is being generous with us, and contrary to what we have experienced years before, the rain is refreshing us from time to time.

Those living in the Gar currently: Tania and children in lot number 1; Delma and daughter in lot number 2; Tata is in Elias and Mayda’s; Berta, her mother and Manuel at Mark`s; Marcel and Cesar in Anita´s; Marina and Rolo at Jim´s; Gilberto and Morella at Steven´s, Dmitry, Olga and their three children in Gosha`s; Douglas, Dayana and Amma (another child) in Rosemary´s; Glory is at Lidian´s and finally Raul and Paola in lot number 20. 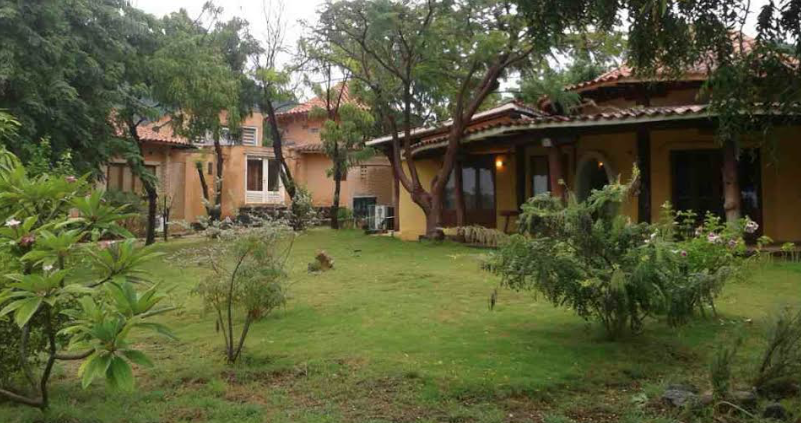 The gakyil is composed by Tata (yellow gakyil and director), Paola (blue) and Raul (red). Raul it is still performing as caretaker, Rolo as administrator and Marcel as Gekö and security coordinator. They are the International Dzogchen Community members on the payroll of TDN crew. The team is completed with Rafael and Jose Luis in the gardens and five security guards: Frank, Douglas, Juvencio, Mariano and Miguel.

We would like to inform you about our life in the Gar, underlining that all works and activities are done in harmony between the Gekö, gakyil, caretaker and administrator, with a very strong team spirit. 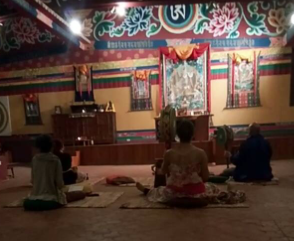 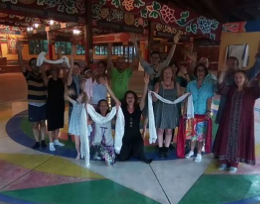 Repairs (in progress) at the Gönpa.

Phase A: Removal of broken and detached pieces of “caico” (tiles), the recovery of pieces in good condition and then pasting them properly (finalizing).

Phase B: Repair of cracks and water leaks in the roof (starting).

Design and Purchase of 40 meditation zafutons (cushions) for the Gönpa. 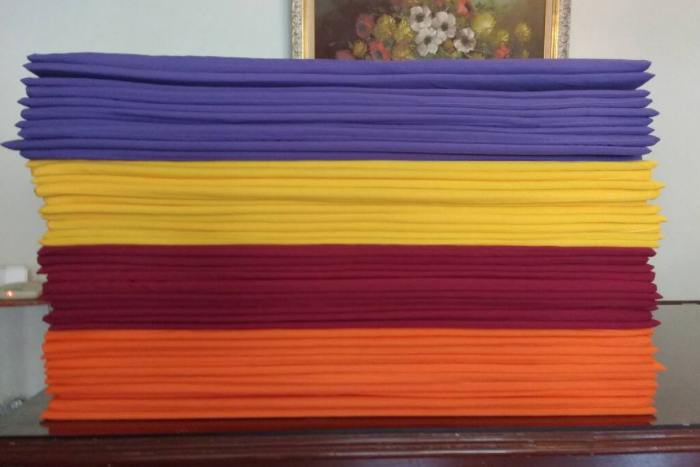 Monitoring, maintenance and improvement of the security system:

– Maintenance on the demarcation of the peripheral roads of the Gar, as well as dredging and rebuilding with a backhoe, of the channels through which the mountain water flows during the rainy season. The roads intersect with the canals and need cans to be able to circulate and monitor the electric fence and barbed wire and so on.

– Demolition of the old block structure, so-called “dog house”, that made the electric fence vulnerable.

– Filling of the pit behind the inn (pool project) 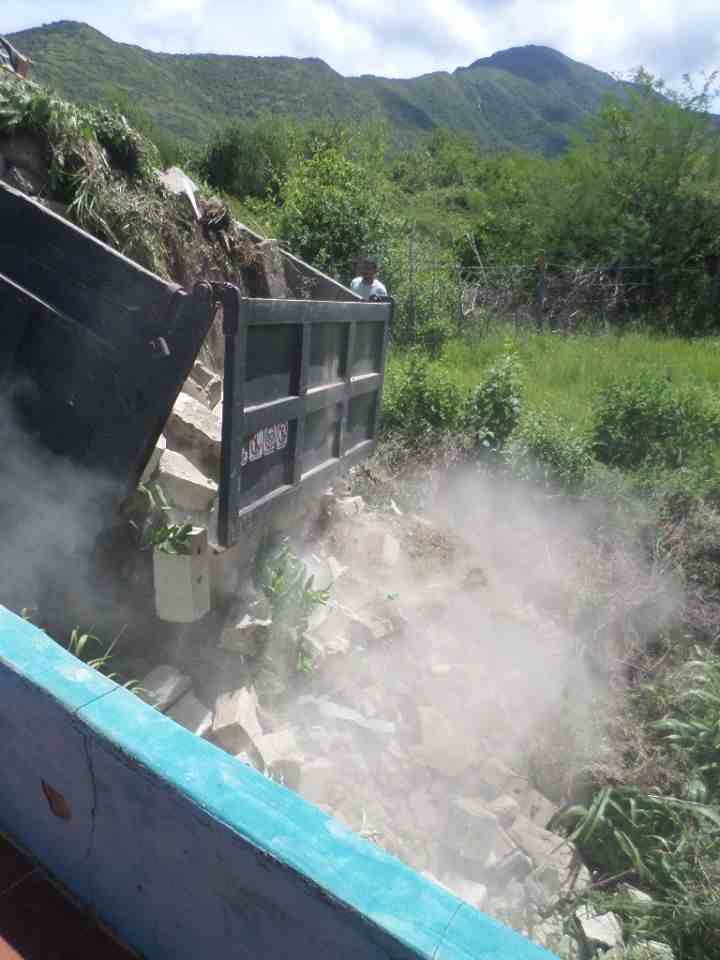 – Repair and maintenance of the surveillance camera system
– Redesign and optimization of the electric fence
– Constant improvement of lighting in key sectors of gar, urbanism and aloe field.
It is proposed as a short-term project, the structural modification of watchdog to reduce vulnerability of electronic equipment.

Thanks to the offer of a space in the inn of Giulliana and Alain, in Juan Griego, we developed a link to Tashigar Norte and also an intranet within the Gar that we use to have internet access from the houses, Gönpa, secretary and for the images of digital security cameras.

Use of agricultural spaces under the criteria of permaculture 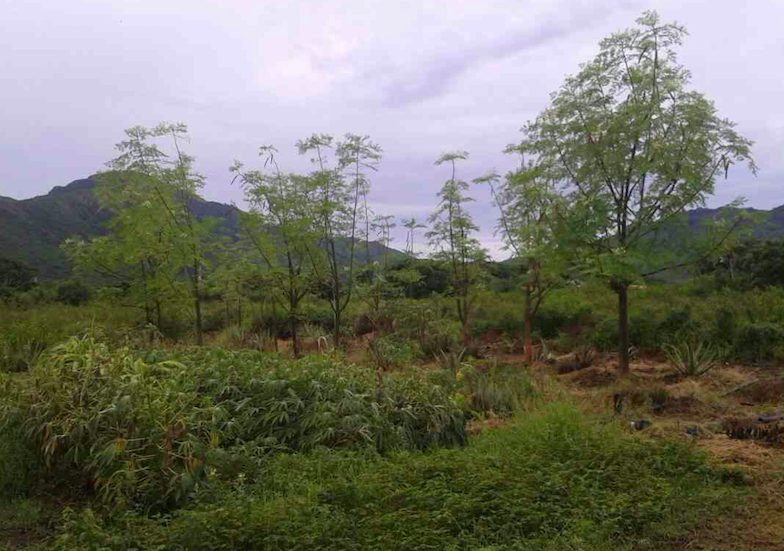 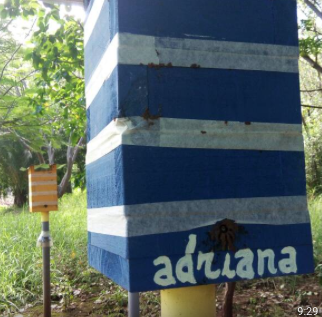 Rescue of honeycomb honeybee (medicinal honey producers) from Pedro González and its relocation in a beehive built by the beekeeper Jean François (friend of Tashigar Norte), near the pond of the lotuses.

Perennial forest permaculture project led by Marina in another sector of the land, having planted many species of trees and seasonal plants.

View of the Permaculture Project

it is also going on in the land close (and attached by the electric fence) to Tashigar, with the kind permission of Mark, Gilberto and Tania, led by Marina too, currently eight dogs are living there, giving us the surplus in the security aspect. In this very space Marina has also developed a little orchard to provide home. A little production of humus is in process. On top of this the project have successfully sterilized over one hundred animals in the last six months all around the island, mostly in Playa Manzanillo, Zaragoza, Pedro Gonzalez and Juan Griego. 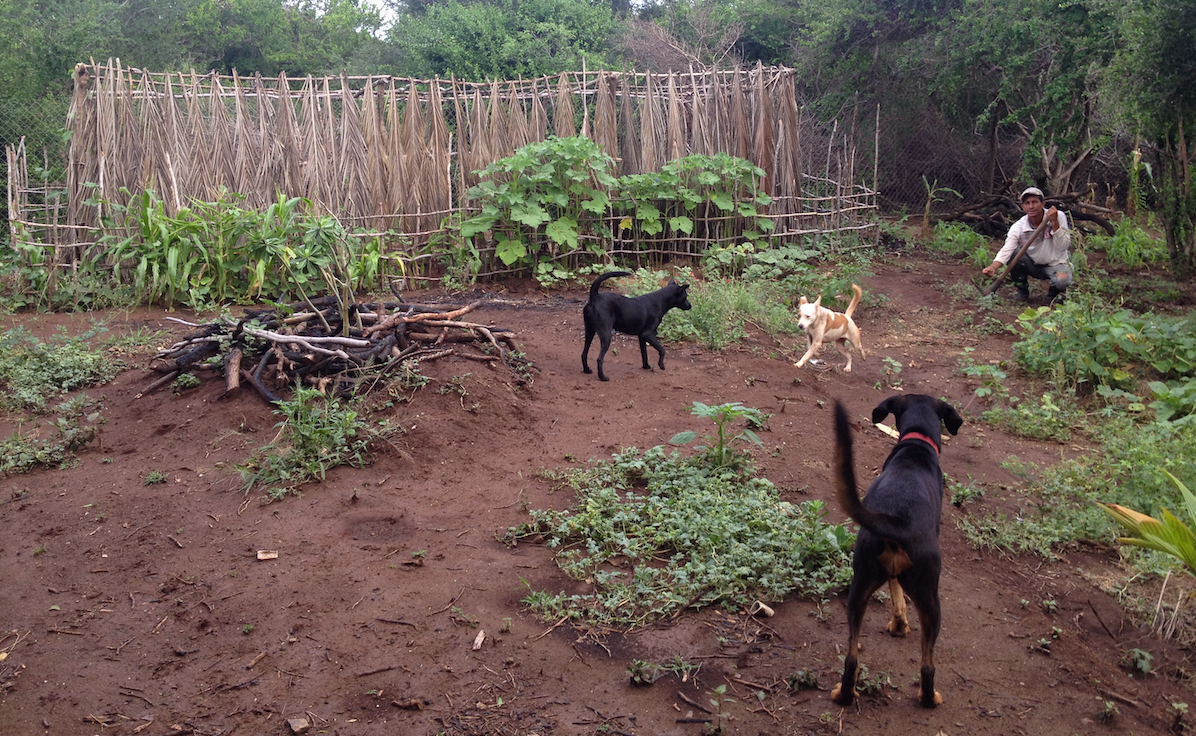 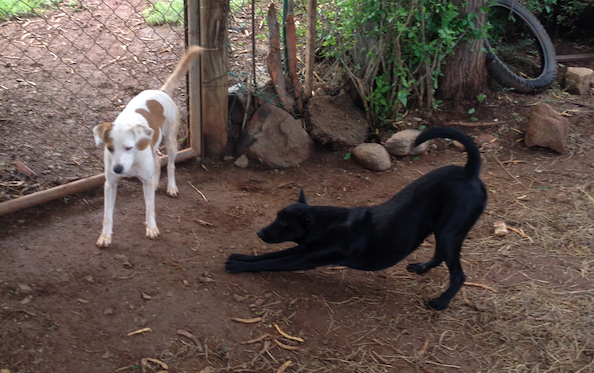 Rolo and Marina have restarted the building of their home in the lot next to Pietro, in front Jim`s. Some work still to go.

View of the building project of Rolo and Marina’s house

Administratively speaking there is not much to say. We keep running the association as we did before. Legally we are working in a formula to protect the property against any eventuality. Financially we are safe for a few months if the exchange rate conditions do not change that much. Keep supporting us!

We want to emphasize that the marine climate, the strong winds, the inclement sun and the water of the well very loaded with minerals make that we have to work all the time with the maintenance of many of the devices. On the other hand, hyper inflation complicates any budget, since the cost of both labor and materials increases daily.

So far Margarita in general it is not much affected by the conflictive environment we have in the mainland; today as we are writing this report the “Asamblea Constituyente” that is looking to create a new constitution to formalize the socialism system is happening. It is hard to say what is going to happen next, but it is clear that government no longer has as much support support as before, we just can speak for ourselves as Tashigar North residents in the sense that we will keep doing our best to maintain the place safely and well taken care of, expecting for Rinpoche and all of you to come back some on happy day.

We do not want to end, without first thanking all those who collaborate and, with their donations, make possible the existence of North Tashigar, in which we live and with great devotion we care.